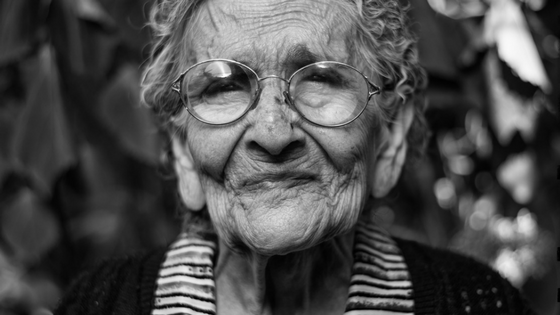 As our country considers new legislation on patients’ rights and healthcare, physician-assisted suicide will undoubtedly join the conversation.

Physician-Assisted Suicide, or PAS, occurs when a doctor provides a patient with the means to commit suicide by prescription medication.

This isn’t just an ethical issue, it’s a feminist one.

Most “right-to-die” legislation includes provisions to protect a patient’s autonomy in this decision -- such as minimum age of 18, a terminal diagnosis with six months or less to live, multiple requests for assisted suicide, and a mental evaluation.

When Montana legalized PAS, it was determined by the State Supreme Court (Baxter v. Montana), which mentioned “competent” and “terminally ill” in its ruling, but failed to define these terms or specify patient protections. With so little regulation, a patient might be more easily pressured into thinking suicide is her best, or only, choice.

Ethical reservations about PAS include this concern, that external pressures could push patients toward an unwanted suicide.

And several cultural norms in the United States indicate a woman may experience more external pressure than a man to hasten her own death.

So this isn’t just an ethical issue, it’s a feminist one. Here are 10 reasons why:

Note: Rather than discuss the moral implications of legalizing physician-assisted suicide, the purpose of this article is to highlight underlying issues that might force an expedited death on a person who feels he or she has no other options.

There's a careful, conscientious balance between unnecessarily prolonging life at any expense and accepting impending death.

While this decision point is best discerned by those closest to the situation, undue pressure from outside sources may strong arm patients - especially female patients - toward premature death, instead of palliative care and support.

More than 70 percent of nursing home residents are women.

"Oregon’s law allowing physician-assisted suicide took effect in late 1997. In 2015 the state’s health department said “The rate of suicide among Oregonians has been increasing since 2000” and as of 2012 was “42% higher than the national average”; suicide had become “the second leading cause of death among Oregonians aged 15 to 34 years.” These figures are in addition to deaths under the Oregon assisted suicide law, which legally are not counted as suicides."

While some would shrug and wave bon voyage to those who find death more welcoming than life, we can advocate, instead, for initiatives that give patients options and support: re-frame sickness as a natural part of life, better communicate palliative care and hospice options, mandate insurance companies cover medical treatment for any condition that’s covered by physician-assisted suicide, build intergenerational communities, incorporate quality mental treatment into standard healthcare, better regulate nursing home standards of care, improve conditions for elderly in poverty, revise standards of feminine beauty to include aging and illness, properly frame self-sacrifice as a healthy virtue, not a death sentence, and challenge medical professionals to listen and respond to women's healthcare concerns.

Without addressing these related issues of physician-assisted suicide, our society will unduly pressure those most sick among us, those with statistically less advocacy and fewer resources -- women in particular -- to accept expedited death as the only option in their most difficult hour.

Born and raised in Texas, Charlene enjoys teaching, editing, and writing while raising 5 boys (ages 3-9) with her husband, Wally. Charlene learned to love Scripture from her Baptist parents and liturgy from her Episcopal grandma. A personal interest in church history and social justice led to her conversion to Catholicism in 2003. In 2004, Charlene graduated from the University of North Texas with a degree in Communications. She’s worked in the arts, administration, and education in the non-profit, private, and public sectors, as a full-time working mom, part-time working mom, work-from-home mom, and homeschooling mom. She’s passionate about social justice, ecumenism, and helping others experience a personal, relevant connection to the Lord in their everyday lives. Charlene’s blog can be found at www.sunrisebreaking.com.