Artificial Wombs (Part I): The Future of Reproduction? 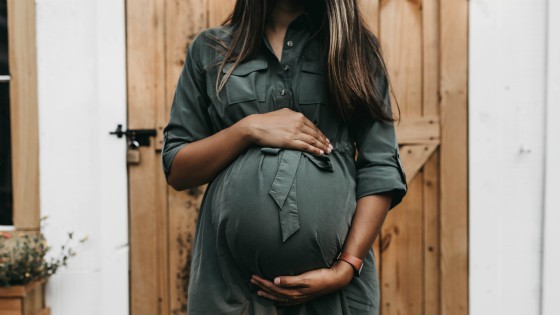 In 1933, Aldous Huxley imagined a Brave New World in which human reproduction was entirely artificial. No longer science fiction, the use of “artificial wombs” is news of the past. Researchers demonstrated the capacity to gestate animals in 2017, when a team at Children’s Hospital in Philadelphia published the results of their study growing fetal lambs in what they termed a “biobag.” Their research showed at least the potential for artificial wombs to push back the age of viability for prematurely delivered human infants to 24 or even 22 weeks. As tests continue and technology develops, it is feasible to imagine that, one day, it may be possible to join the technology of an artificial uterus with that of in-vitro fertilization (IVF), providing a reproductive alternative to natural pregnancy.

The widespread use of artificial womb technology has incredible implications. As the technology develops and improves, the ill effects of premature birth on families and infants — including trauma and anxiety, lasting birth defects, and even mortality — could be ameliorated. One day, the danger of premature birth could become a thing of the past.

On the one hand, given the potential magnitude of these positive effects, optimism about the development and use of artificial wombs for human gestation is understandable. On the other hand, technology of this nature comes with serious risks.

As the development of new technologies accelerates, we are hard-pressed to keep pace in considering whether these developments are actually good for humanity. What we can do far outpaces our ability to consider whether we ought to do it. While the life-saving benefits of artificial wombs may be immense, it is worth pausing to consider whether, overall, the development of this technology will help or harm women, their infants, and the human family as a whole.

What we can do far outpaces our ability to consider whether we ought to do it.

Feminists have already expressed concerns over what Gena Corea calls the “pharmacracy,” the increased tendency of the field of medicine to dominate fertility, which is traditionally the realm of women’s power. Childbirth is less often an experience of empowerment for women than it is one of submission. Women are encouraged or even coerced to defer their agency in childbirth to the medical expertise of highly trained physicians who oversee the process. The introduction of artificial wombs further removes childbearing from the feminine domain. If scientists choose to join artificial wombs with IVF and cloning, women could become superfluous to reproduction and seen as entirely unnecessary for the creation of new human beings.

The introduction of artificial wombs further removes childbearing from the feminine domain.

It may sound far-fetched, but with IVF eliminating the need for sexual intercourse, and efforts already underway to alter gametes to allow for same-sex reproduction, it is becoming less of a stretch to imagine that human reproduction may eventually take place entirely within a lab, rather than within the human body.

Would that be so terrible? Morning sickness, mood swings, backaches, preeclampsia, and gestational diabetes are only a few of the tolls pregnancy takes on women. Bearing a child imposes even life-threatening risks on some women. Mortality rates for women in childbirth remain high, even in developed countries such as the United States. Prior to pregnancy, many women suffer the great emotional impact of infertility and miscarriage. Even preventing pregnancy through hormonal contraceptives is dangerous to women, posing serious risks like blood clots, stroke, and cancer. With all of the potential physical and emotional risks that fertility carries, moving the process of childbearing to a lab could mean eliminating a great deal of suffering for women.

The Consequences of Eliminating Pregnancy

However, we should be careful about embracing this technology with unbridled optimism. While it might have life-saving effects for babies and mothers who face serious medical complications, replacing a woman’s uterus with a machine also carries potentially devastating consequences.

When it comes to infants and even young children, research points to the great power of human touch. Touch has the potential to improve health outcomes for premature infants. Conversely, it has tragic consequences when withheld. Some research even shows that infants deprived of human touch die from the lack of it. In the 1980s, observational studies on Romanian orphans demonstrated that children who are deprived of touch suffer intense developmental and social consequences. If the power of human touch is so great for an infant whose body has been separated from its mother, how much more power might it hold for the developing human in utero?

Scientists still don’t know all of the components in breastmilk, and the most advanced formulas have yet to measure up to its benefits. It is arrogant to imagine that we can know and mechanically reproduce all that a mother’s womb has to offer. We can only guess what kinds of risks an artificial uterus exposes to the person growing within it. With such grave risks and so great a gap in knowledge, research that involves developing human beings is unethical in all cases, save those where the child would otherwise perish.

With such grave risks and so great a gap in knowledge, research that involves developing human beings is unethical in all cases, save those where the child would otherwise perish.

It is also worth considering the kinds of suffering mothers face during pregnancy and whether some degree of this suffering might actually be beneficial for both mothers and babies. From the earliest stages of pregnancy, women’s bodies alert them that something is different. The challenges of pregnancy can be great, but they also serve as a time of preparation and virtue-building for mothers who enter into a vocation of sleepless nights and selfless giving. Adoptive mothers face a similar period of suffering throughout the adoption process, with its inherent uncertainty, waiting, and potential heartbreak, that prepares them for the rigors of motherhood. In both cases, great personal investment — emotional and physical — provides a liminal space for virtue and gratitude to grow. If the investment involved in becoming a mother were to drop to that involved with having a tooth pulled, the depth of relationship between mother and infant would suffer. Like the way of the cross, there is beauty and meaning in the suffering that gives way to new life.

Like the way of the cross, there is beauty and meaning in the suffering that gives way to new life.

Still, it seems reasonable to support the use of artificial wombs as a life-saving measure, a sort of extension of the type of care already provided to premature infants. Is there still cause for concern if its use were to be limited to the rescue of infants who would otherwise perish?

Sociologist Barbara Katz Rothman argues that the existence and use of this technology is inherently coercive. In her book The Tentative Pregnancy, she relays the consequences that the use of amniocentesis has had on the experience of motherhood. Using the analogy of a horse-drawn carriage in the automobile age, Rothman argues that as a technology grows in popularity and its use becomes widespread, the option to do otherwise becomes untenable. The option to opt out disappears. This is true in a number of ways; society is structured to support the majority. How many families can no longer afford to opt out of a two-income lifestyle?

When Life Is No Longer a Gift

As the technology of the artificial uterus advances, its use will become more prevalent. Intended parents will no longer need to rely on exploitative practices like surrogacy as alternatives to natural pregnancy. Women will be able to “opt out” of pregnancy for the “health of the mother,” which we know includes ailments great and small. The fertility industry will profit greatly, finding ways to make the technology even more affordable and accessible. And when our children ask, “Where do babies come from?”, we will have a far more clinical story to tell. In this story, new life is no longer a priceless gift from God to be received with joy and gratitude. It is just another product with a price tag.

Part two of this series will look at more explicitly Catholic perspectives on this technology, including the optimistic possibilities that artificial wombs might one day not only save the lives of premature infants but even provide an alternative to abortion.