Ask a Doctor: Why is Naprotechnology any different than the Pill?
Wednesday, July 25, 2018
Body

Ask a Doctor: Why is Naprotechnology any different than the Pill? 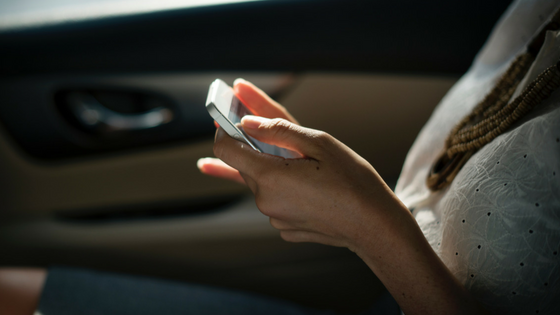 I don’t understand how Naprotechnology is any different than using birth control. If you have a hormone deficiency, aren’t you just going to take hormones anyway to supplement the issue? So why is Napro any better than the Pill?

First it's important to understand differences between the Creighton Model FertilityCare System and NaProTechnology.

The Creighton Model FertilityCare System is based on a woman's ability to recognize her body's natural signs of her fertility (specifically, the presence and characteristics of cervical mucus that are observed when wiping), and then using those signs to make decisions with her spouse about when to engage in the marital embrace with respect to their desire for children. It is also a beneficial health monitoring tool, as there are many signs that can be present in the charting that could be indicators of underlying health problems.

NaProTechnology was developed as a "spin-off", if you will, of the Creighton Model. NaProTechnology is a certification that healthcare providers can obtain that allows them to review a woman's Creighton chart, identify potential problems, then pursue evaluation and treatment that are COOPERATIVE with the woman's natural fertility when present.

The primary mechanism by which many hormonal contraceptives, such as "the pill," function is to effectively shut down the reproductive system by flooding the body with artificial hormones that suppress ovulation. Depending on the product used, women may have monthly withdrawal bleeds from the artificial progestin, but these are not "true" menstrual bleeds.

The primary mechanism by which many hormonal contraceptives, such as "the pill," function is to effectively shut down the reproductive system by flooding the body with artificial hormones that suppress ovulation.

There have been many studies to date that have shown the side effects and potential risks of artificial hormones, which brings me to two additional points. One is that, in NaProTechnology, we utilize "bioidentical hormone therapy" - treating conditions with hormones that are chemically, functionally, and structurally identical to that which is made by the woman's body. Additionally, we utilize these hormones ONLY in women who are felt to be deficient in that particular hormone, and ONLY in the part of the woman's cycle where the hormone is needed.

For example, one can divide a woman's menstrual cycle into two parts: preovulatory and postovulatory. In the preovulatory phase, estrogens are the dominant hormone in preparing the cervix, uterine lining, and ovary for ovulation. In the postovulatory phase, estrogens are still present, but progesterone becomes the dominant hormone, stabilizing the uterine lining in preparation for potential implantation of a new human life. If we give progesterone before ovulation occurs, this is likely to STOP ovulation from occurring - this is the principle behind emergency contraceptives.

Another important point to make is that hormonal contraceptives are often offered as "treatment" for conditions such as ovarian cysts and endometriosis, but the medication does nothing to stop the progression of endometriosis and only provides symptomatic relief. Obviously this can be valuable in certain situations, as endometriosis can be quite debilitating for some women. With ovarian cysts, there are often underlying hormone abnormalities which are contributing to the development of the cysts which can be effectively managed with NaProTechnology without shutting down the reproductive system.

I hope this is a helpful clarification, and I'd be happy to provide further help if needed!

Holly Smith is a Catholic Family Physician, wife, and mother of 4 young children. She is a trained NFP Medical Consultant through the Pope Paul VI Institute in Omaha, NE and is in the process of obtaining her certification as a Medical Consultant for the Creighton Model in NaProTechnology. She currently practices full spectrum Family Medicine for IU Health Physicians in Zionsville, IN.