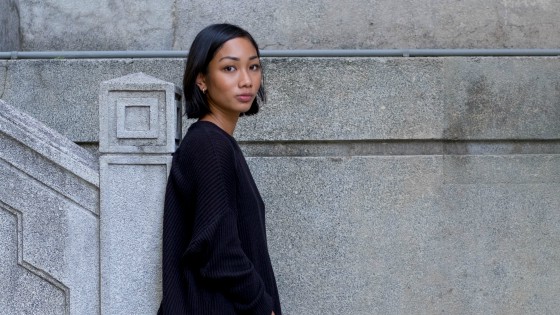 “We must venture out to the margins, rather than waiting for the marginalized to come to us.”

This quotation comes from a document by the Catholic Bishops of California called Hope and Healing, a little-known document and yet the most comprehensive and practical guide on the topic of mental illness that the Church currently offers. It is a statement that summarizes my own thoughts about mental health ministry in the church and about evangelization in general.

When my own mental illness became more readily apparent, causing increasing distress in all areas of my life, I felt utterly alone. Sure, I was familiar with mentions of depression and anxiety, but not only did my symptoms not manifest in the obvious ways I had been taught, but they also exceeded those guidelines. Limiting the conversation about mental health to depression and anxiety disorders left me with the impression that these specific manifestations of mental illness were “acceptable,” but anything outside of them was still “scary” and “disturbing.” So, when I had to work up the courage to tell someone I was hearing voices, I believed that my life was surely over. When alone, my legs would give way under the mere thought of telling someone my shameful secret.

Over the years, the shame I feel over my mental health conditions has peaked and valleyed, and it eventually began to evaporate altogether, thanks be to God. And my search for acceptance and understanding has led me to mental health activism, a mission I believe to be absolutely central to the Christian mission, particularly in our times. Catholic feminism has many gifts to offer to contemporary mental health care, and it’s about time we activated them.

Catholic feminism has many gifts to offer to contemporary mental health care, and it’s about time we activated them.

Mental illness and feminism were long fated to be intertwined, thanks to years of inaccurate (and sexist) science born out of ignorance of the female body. For example, the word “hysteria” comes from the Greek meaning “uterus” and was once a formal diagnosis given to an overly emotional or melancholic woman. It was thought that women were more prone to emotional “weakness” and, therefore, concluded that the condition probably resulted from a malfunction of the uterus. Or, to use a Freudian example, it was previously believed that male homosexuality was psychologically understandable due to the obvious superiority of the male body but that female homosexuality was clearly a gateway to mental illness due to the obvious inferiority of the female body.

And, of course, let’s not forget that there are still countries today where domestic violence and marital rape are legal or considered standard; therefore, a woman’s trauma from such experiences is not recognized, validated, or treated.

Thankfully, many countries have progressed past these misconceptions. However, this does not mean that cultural conceptions of gender roles no longer play a significant role in our mental health care system. Studies show that men are underdiagnosed with conditions such as borderline personality disorder (also known as emotionally unstable personality disorder), which was previously assumed to disproportionately affect women, due to gender bias.

Any countries have progressed past these misconceptions. However, this does not mean that cultural conceptions of gender roles no longer play a significant role in our mental health care system.

Similarly, the World Health Organization states, “Gender determines the differential power and control men and women have over the socioeconomic determinants of their mental health and lives, their social position, status and treatment in society and their susceptibility and exposure to specific mental health risks.”

Additionally, though many people are already well aware that women are more likely to seek mental health treatment than men, they might not realize that “[g]ender bias occurs in the treatment of psychological disorders. Doctors are more likely to diagnose depression in women compared with men, even when they have similar scores on standardized measures of depression or present with identical symptoms. Female gender is a significant predictor of being prescribed mood altering psychotropic drugs” (WHO).

Finally, as pointed out in a previous FemCatholic post, women face particular risks associated with homelessness, domestic violence, and sexual assault. Women with serious mental illness (SMI) are also up to five times more likely to have been beaten or sexually assaulted compared to the general population, and women with SMI are significantly more likely than men with SMI to be incarcerated (Kenneth Paul Rosenberg, M.D., Bedlam: An Intimate Journey Into America's Mental Health Crisis).

Studies also show that the mental health system diagnoses and treats patients differently depending on racial identity. Research has found that people of color are more likely to be considered “sicker” than their white counterparts who present with the same symptoms. They are also more likely to be given a poorer prognosis, to be prescribed higher dosages of medication, to be more dangerous, and to be in jail instead of in a hospital.

Among the LGBT population, 45% of gender non-conforming people ages 18 to 24 have attempted suicide, and 48% of transgender-identifying adults reported experiencing suicidal thoughts in the last year, compared to 4% of the general population. High school students who identify as LGBT are five times as likely to attempt suicide as their heterosexual peers.

The Church desperately needs to become involved in mental health and trauma-informed care, even if just to avoid repeating past mistakes. The Church has grown significantly in its handling of abuse, but we still have far to go. Sadly, far too few lay ministers and priests are informed on how to appropriately and safely provide pastoral care to people who are suffering from trauma and trauma-related disorders.

The heart of Catholic feminism is the equal dignity of every human person. Many people are tragically unaware of the problems that some of the most vulnerable and suffering people in our society face and of the ways in which their human dignity is violated. It is an important part of our Christian mission to be informed on these issues and to serve people experiencing mental illness, especially serious mental illness, in our lives and communities.

The heart of Catholic feminism is the equal dignity of every human person.

Our Lady of Mental Peace, pray for us.