8 Secular Pro-Life Organizations You Should Know About
Thursday, January 7, 2021
Culture 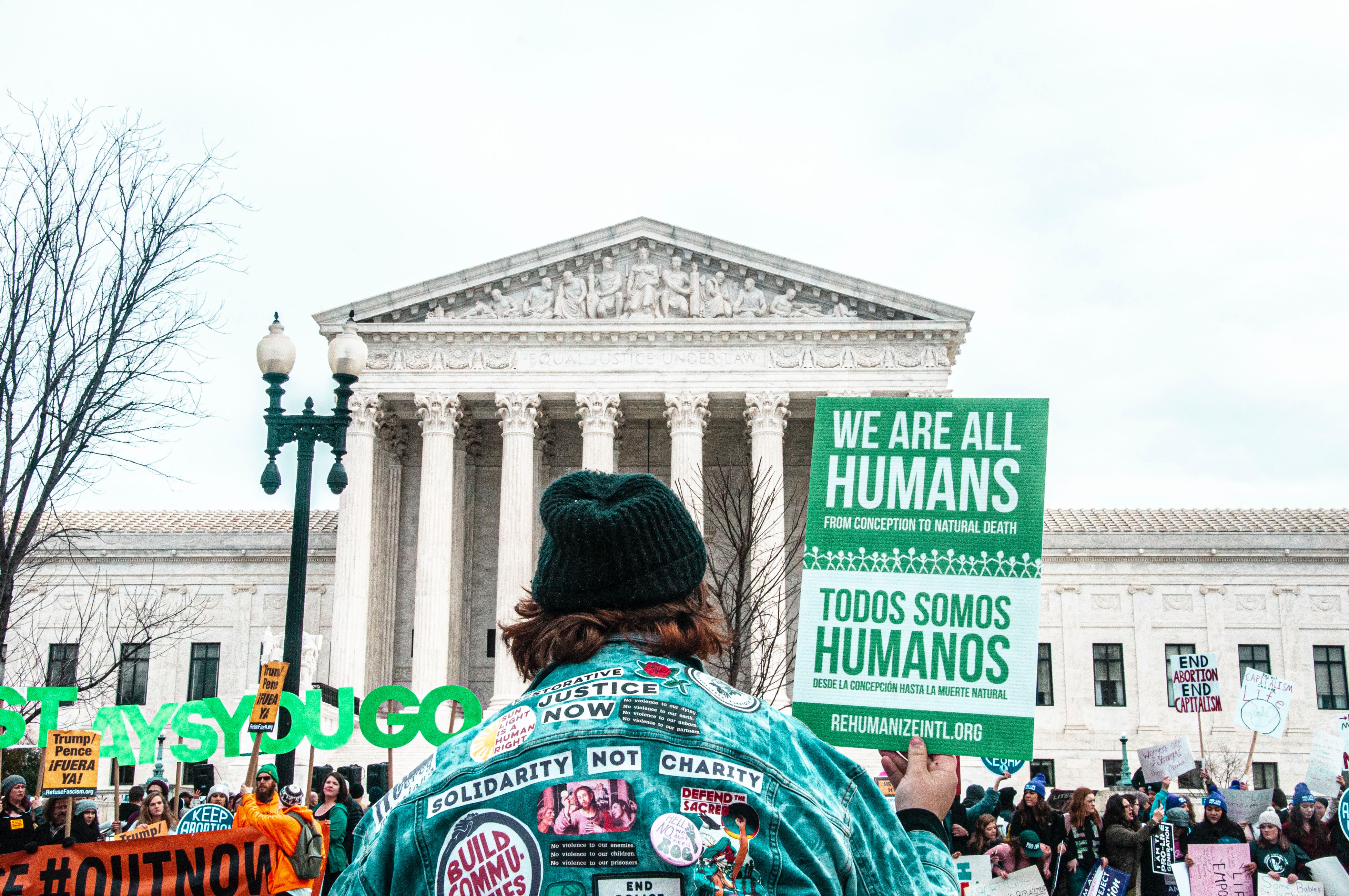 This January, the beginning of a new year and the month of the March for Life, is a fitting time to meet new organizations that help us to connect with secular feminists. I love advocating for the dignity of the preborn on my secular university campus, but it can be challenging to find feminist groups that are also enthusiastically pro-life. Whether or not we attend the March for Life this year, connecting with our secular, fellow pro-life feminists is a great way to advocate for women and unborn children.Building bridges with secular feminists requires us to translate Catholic teaching about the value of life into secular terms that anyone can understand, regardless of faith background. The organizations listed below uphold the dignity of life that the Church is committed to, while maintaining a secular approach in their work. They can teach us how to speak about pro-life feminism using non-religious language. Additionally, all of the groups listed here are nonpartisan, womb-to-tomb advocacy organizations. Their whole life approach reflects the consistent life ethic that lies at the heart of Catholic social teaching.

These organizations' whole life approach reflects the consistent life ethic that lies at the heart of Catholic social teaching.

Feminists for Life of America and Women Deserve Better

Feminists for Life of America was founded in 1972 (before Roe vs. Wade) to support women during and after their pregnancies. The organization hopes to continue the work of the first-wave feminists, all of whom were pro-life, and much of its research strives to recover that original vision of feminism. In its advocacy work, Feminists for Life alleviates the feminization of poverty and helps women receive child support. One of its most impressive victories is creating better options for infant and child care, especially for student mothers. Feminists for Life has also championed laws that punish sexual and domestic violence, as well as sex trafficking and pornography. You can read more about its accomplishments and advocacy here.

Pro-Black Pro-Life supports and empowers Black women to choose life. Cherilyn Holloway, the founder, offers training courses that equip Black leaders to speak up for their communities. Furthermore, she creates videos on her YouTube channel to educate others on the intersection of pro-life feminism and anti-racism.

Cherilyn Holloway creates videos on her YouTube channel to educate others on the intersection of pro-life feminism and anti-racism.

Aimee Murphy, the founder of Rehumanize International, is a Catholic who created a secular organization to build bridges with people of all religious backgrounds — or none. She resigned from her position on Dec. 31 and handed over the leadership to Herb Geraghty, who is an atheist.

‍Rehumanize International promotes a consistent life ethic. Among its many projects, it provides educational resources about the dignity of the preborn and the importance of pro-life feminism. The organization works toward abortion abolition and formulated an action plan for how the law should deal with doctors performing illegal abortions if abortion were to become illegal. As a solution, Rehumanize International subscribes to the restorative justice model, which aims to heal broken relationships, rather than simply punish those who have caused harm. You can read more about its anti-abortion stance here. The organization also provides education on how restorative justice provides a constructive context for discussions about illegal abortion and pro-life feminism.

The restorative justice model aims to heal broken relationships, rather than simply punish those who have caused harm.

New Wave Feminists advocates for the preborn and their mothers. It is anti-abortion and, like Feminists for Life of America, supports access to better resources for mothers. This year, it has focused on helping migrant women in Juarez, Mexico receive better maternal health care and heal emotionally from the trauma of sexual assault. If you want to support New Wave Feminists’ efforts in Juarez, you can learn more here.

‍Feministas de la Nueva Ola has its own website and blog, with all resources available in Spanish.

Abide Women’s Health Services provides affordable pregnancy and postpartum care to women in the low-income communities that face the worst maternal mortality rates. Cessily R. Smith, the founder, promotes anti-racism and redemptive justice in her medical practice. Since poor infant and maternal mortality rates most adversely affect women of color, she has created an alternative to the prevailing health care model that has failed Black women. Abide’s medical practice is located in Dallas, Texas, and it hopes to expand to more locations. You can learn more about its mission here.

Since poor infant and maternal mortality rates most adversely affect women of color, Abide has created an alternative to the prevailing health care model that has failed Black women.

Let Them Live alleviates the financial hardship that drives women to view abortion as their only option. When a woman reaches out asking for monetary assistance, it fundraises to pay all of her expenses. Many of its fundraisers aim to raise $30,000 to $40,000 so that the woman’s entire nine-month pregnancy comes at no cost to her, paying for prenatal health care, baby clothing, hospital expenses, utilities, groceries, rent, car insurance, etc. Let Them Live sends donors updates on the woman’s pregnancy, even including a photo of her baby.Let Them Live also raises money for pregnant women, some with other children as well, to escape domestic violence. In many cases, these women are entirely financially dependent on their abusive husband. Let Them Live raises money to pay all of a woman’s expenses for one year while she finds a job and becomes independent.In a similar vein, Let Them Live works to protect women from coerced abortion. An abusive husband or boyfriend might use threatening words or physical violence to force a woman into an abortion against her will; Let Them Live helps the woman escape from her abuser and bring her pregnancy to term, safe from violence and coercion.

Secular Pro-Life provides excellent scientific and philosophical resources to equip others to speak up for life. Its website offers information on its anti-abortion stance as well as a blog.

Our pro-life work as Catholics can be even more effective when we partner with our fellow pro-life feminists, including those in secular organizations. As Catholics, we believe that God has written the natural law on all human consciences, which means that secular feminists can (and do) also understand the importance of upholding human dignity from womb to tomb. This truth should empower us to connect with our secular friends and share our passion for pro-life feminism.

As Catholics, we believe that God has written the natural law on all human consciences, which means that secular feminists can (and do) also understand the importance of upholding human dignity from womb to tomb. 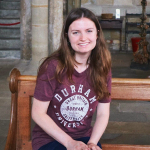 Emily Martin is a doctoral student at Oxford University researching the intersection of literature, theology, and aesthetics in the English Renaissance. She grew up in southern California, where she enjoyed reading at the beach, exercising with her family, and cooking spaghetti. 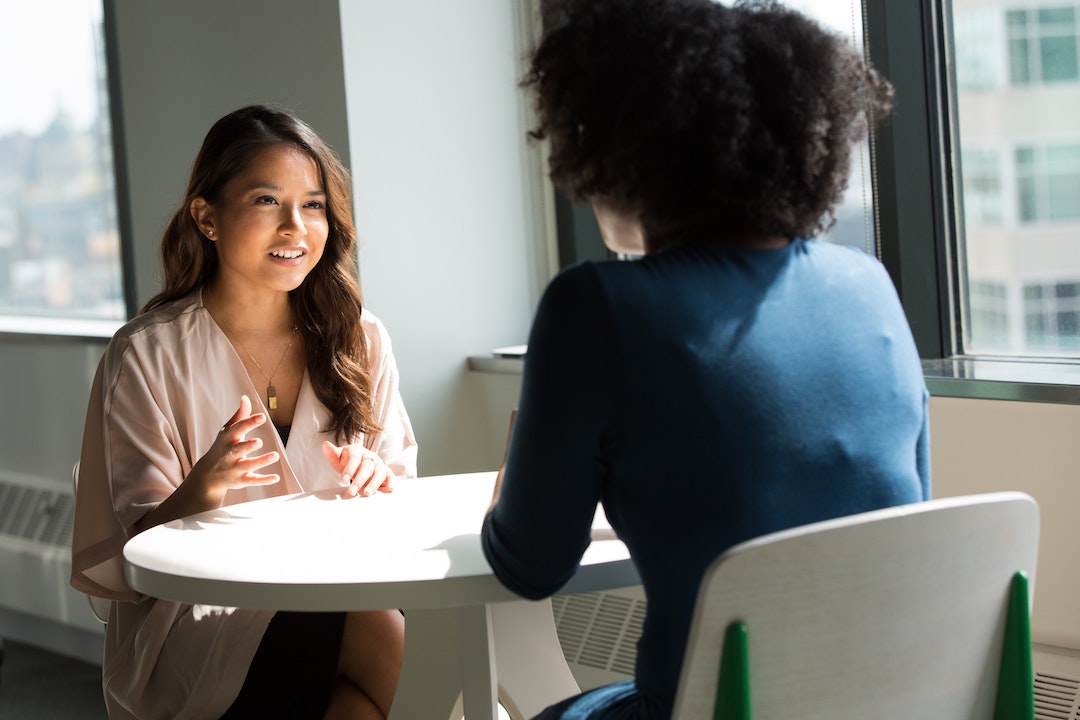