If God Doesn't Have a Gender, Why Do We Say 'Father'? 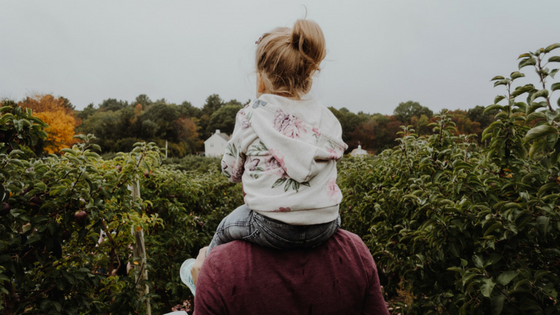 As a theology student, one of the most common issues I hear raised in feminist theology is the apparent preference in Christianity for male metaphors to describe God. And, to be honest, I never used to understand what the big deal was. Why can’t we just call God “Father”?

But, deep down, it made me uneasy. When I heard others propose that we should address God as “she” and “Mother”—after all, God is transcendent, right?—I wanted to disagree but their arguments rocked something inside me. I became uncomfortable and anxious over even passages directly from scripture that compared God to a mother.

Was there something about my womanhood that made the image of God in me lesser than a man’s?

After finally reading a fairly convincing account of why we should use female pronouns, I couldn’t let the uneasiness remain any longer. I needed answers. If men and women are made in the image of God, then why wasn’t femininity a suitable metaphor, too? Was there something about my womanhood that made the image of God in me lesser than a man’s?

In Search of Transcendence

The discrepancy seemed hard to argue with, and, as other theologians pointed out, didn’t the preference for male pronouns violate God’s transcendence? If a woman is not an appropriate metaphor for God, then surely she is inferior in some way to men, or her ability to bear the image of God lesser, right? But I knew that scripture whole-heartedly disagreed with this. Despite the patriarchal culture in which it was written, the Old Testament doesn’t hesitate to employ feminine and maternal metaphors for God:

“I will fall upon them like a bear robbed of her cubs, and will tear open the covering of their heart.” (Hosea 13:8)

The Catechism tells us that God is neither male nor female, but this only made the selection of male metaphors seem arbitrary.

And then I had a lightbulb moment.

Why Do We Call God ‘Father’?

We call God “Father” not because men are made in the image of God, but rather because that is the revelation given to us in Christ.

The belief in the image of God in humanity begins in the Hebrew scriptures (not in Christianity), but the people of the Old Covenant did not address God as their “Father” because this was not the revelation given to them. When Moses (who, according to scripture, spoke to God ‘face to face, as one speaks to a friend’) asked to hear God’s name, he is given “I am”. This means that even the great fathers of the Old Testament were not permitted to address God as Abba, and that is precisely what marks Jesus’ teaching as so revolutionary.

Furthermore, Jesus is the only person with the authority to address God as Father and to reveal Him in such a way: Jesus is a Son of God by nature, who invites us to be sons and daughters by adoption. This is why our liturgy introduces the Our Father by exclaiming, “We dare to say…” The Catechism puts it this way:

“We can invoke God as ‘Father’ because he is revealed to us by his Son become man and because his Spirit makes him known to us. The personal relation of the Son to the Father is something that man cannot conceive of nor the angelic powers even dimly see: and yet, the Spirit of the Son grants a participation in that very relation to us who believe that Jesus is the Christ and that we are born of God.” (CCC 2780, emphasis in original).

Though masculine and feminine metaphors (e.g. “God cares for us like a mother”) are equally true, it’s inappropriate to address God as “She” or “Mother” because we have no authority to alter the divine revelation of Christ.

Okay, so maybe we can’t call God “Mother”, but I still wanted to know that femininity had a place in eternity. It seemed that man was enshrined in eternity, and woman excluded. Where do we find woman in the eternal?

So maybe we can’t call God “Mother”, but I still wanted to know that femininity had a place in eternity.

In The Eternal Woman, Gertrud von le Fort describes woman as “the bearer of salvation” not only in the religious sense but in every sense. She describes the feminine nature as that which conquers time:

“In her ageless form the differing destinies of queen and beggar woman lose their contrast. The distinguishing characteristics of nations and the disparities between primitive and highly developed culture vanish in her presence. Motherhood can never become for woman the special assignment of a certain time; it is her task, simply and utterly. […] Under the form of virgin [a single woman] she stands solitary in the face of time; as bride she shares time with a man who lives in it; as mother she conquers time.” (Gertrud von le Fort)

On the other hand, the Holy Spirit has long been associated with the “femininity” of God. In her Essays on Woman, Edith Stein describes the correlation like this:

“Inasmuch as the Holy Spirit is deity, we find it again in woman’s destiny as ‘Mother of the Living’. The Spirit goes out of itself and enters into the creature as the begetting and perfecting fruitfulness of God; just so does woman bring forth new life from her life and helps the child to a most perfect development when he or she attains an autonomous existence.”

In the Hebrew scriptures, the presence of God is personified as the female “Sophia”, the Greek word for “Wisdom”, and is seen as being present at creation.

“When there were no depths I was brought forth, when there were no springs abounding with water. […] Then I was beside him, like a master worker; and I was daily his delight, rejoicing before him always.” (Proverbs 8:24, 30)

“For she is a breath of the power of God, and a pure emanation of the glory of the Almighty; therefore nothing defiled gains entrance into her. […] Although she is but one she can do all things. In every generation, she passes into holy souls.” (Wisdom 7: 25, 27).

All of these examples and more have set me on a mission to understand womanhood in light of eternity, and, so far, the answers have not disappointed. As a Catholic woman I desire to be obedient to the teachings of the Church, and I’ve discovered that affirming those teachings and traditions don’t need to be in conflict with the dignity of woman. The more I understand scriptural references to God as a mother, the more I delight in calling Him “Father”. Rather than being nervous or uncomfortable with these feminine metaphors, I enjoy them because they reassure me that my Father isn’t a dominating man who is ashamed to be compared to a woman. Instead, I have full confidence that my Father delights in having His Heart described as motherly because no woman will ever be more motherly than God Himself.