Change the World, Through the Church
Thursday, June 18, 2020
Church

Change the World, Through the Church 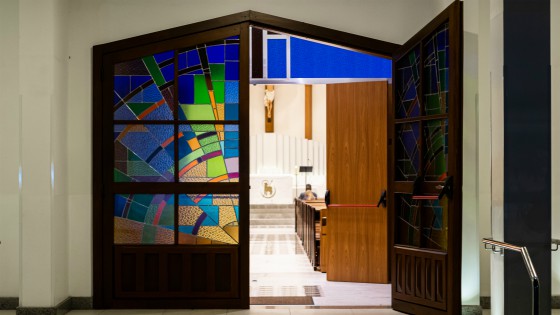 I remember the phone call I received from my sister the first night of the Ferguson, Missouri, riots in late summer of 2014. I was away at college in Nashville, Tenn. She was a high school senior, on her way home from a Miley Cyrus concert. As the story goes, 25 police cars flew past her on the highway, sirens blaring. “They’re getting off on Lucas & Hunt,” she gasped. “They’re heading to Ferguson!”

I remember the following days, when my mom, the principal of a nearby high school, had to keep Good Morning America from interviewing anyone at or around her school, afraid that a change in the direction of the riots and destruction could put her staff and students in danger.

I remember watching North St. Louis County crumble, seeming to almost implode. Another young Black man had been killed at the hands of a police officer. The topics of race and injustice were brought to the forefront. The Black community cried out in pain, asking their peers to listen and understand that Black lives matter, too. I remember wondering where it was all coming from.

I have always considered myself lucky because of the diversity of my hometown. I grew up in a multicultural school district only a few miles from Ferguson, where 40% of the district’s population was a minority demographic and 20% of the students were Black. We weren’t an affluent neighborhood compared to other areas in St. Louis County, but we had the resources and teacher investment needed for success. Our school district’s families were heavily invested in our education, even passing a tax increase to provide each high school student with his or her own laptop. On top of that, the teachers were paid well, and the district ranked No. 1 as the most diverse school district in Missouri.

Hauntingly, I always knew the disparity between my Black friends and me. Nobody has to tell you, but the bias grows and mutates, and you realize that as a White classmate, you are going to have an easier time. When you’re growing up, you can’t put your finger on why things are different. My Black friends never addressed it, and it wasn’t until the conversations began after the Ferguson riots that I understood what I was seeing: systemic racism.

I deeply ached from my years of ignorance.

I deeply ached from my years of ignorance.

Six years later, and the fight still continues. As we mourn the losses of Ahmaud Arbery, Breonna Taylor, and George Floyd, many of us have awakened with a new and deepened sense of awareness toward our society’s racial injustice. As our country rises to fight against police brutality and systemic racism, it leaves someone like me wondering where I am called to serve.

The social justice teachings of our Catholic Church are special and something I think we often overlook. When we claim to be pro-life, it is a battle for the protection and dignity of all life, from conception to natural death. No life has more dignity than the next, which is why it is important that we discern our specific battlefield for allyship with our brothers and sisters of color, especially in a society with a proven favoritism for the White majority.

No life has more dignity than the next, which is why it is important that we discern our specific battlefield for allyship with our brothers and sisters of color.

As I prayed over this topic, I realized that my own battlefield is not through front-line activism or direct political involvement (although they are greatly needed) but through intentional relationships with my peers. Over time, a desire had grown in my heart to be a bridge that connects my local White and Black communities, who seem to live in two different Americas.

So, I did some research. Many don’t realize that there is a long history of segregation and systemic racism within the St. Louis area, and the local Catholic Church was not immune. It was Archbishop Joseph E. Ritter in 1947 who desegregated the St. Louis Catholic schools, with much pushback from White parishioners.

Because of the segregation in our churches, there are a handful of historical, and still predominantly, Black parishes in the Archdiocese of St. Louis today. There is even an office for Black Catholic ministries called the St. Charles Lwanga Center. The Center itself has been overwhelmingly supportive of and regenerative for the local community. In fact, one of its recent successes has been with Community Women Against Hardship, a Lwanga Center honoree that created a Family Support Center for the North St. Louis community, including a library, computer lab, music lab, clothing boutique, food pantry, youth enrichment program, and entrepreneurship classes.

With further research, I found that almost every diocese in the country has multicultural offices, from Black to Hispanic to Asian/Pacific Islander to Native American ministries, and all of them have direct ties to the local community.

On June 5, what would have been Breonna Taylor’s 27th birthday, I called the St. Louis Office of Black Catholic Ministries and spoke with Father Arthur about the recent riots in St. Louis City. I wanted to help this ministry strengthen its impact on the community. I told Father Arthur I felt the tides were starting to change and that we were watching history before our eyes. “It makes me so happy to hear you say that,” he told me. “We’ve been saying it here for a long time, and it’s exciting to hear from you, a stranger, who wants to stand up for change, too.”

Here is a battlefield that may be right for you: becoming an ally to the organizations, specifically in the Church, that are already influencers of positive change in the Black community. Why reinvent the wheel? In our own steps toward anti-racism and systemic change, we can partner with organizations within the Catholic Church that understand their local communities deeply and have taken the time to build relationships with people who need support.

The global Catholic Church is our family, and we have a duty to protect her and love her well, just as we love our Lord and Savior Jesus Christ. Here, we have an opportunity to make great societal change through our bonds in the Eucharist. No difference in our race or culture can change the gift of God’s son to the Mystical Body of Christ.

No difference in our race or culture can change the gift of God’s son to the Mystical Body of Christ.

Mindy Edgington is a fiery Catholic convert from St. Louis, Missouri. She has lived the last eight years in Nashville, TN, working for a large hospital system as an Information Security Engineer. She has a passion for the intersection of the Church and social/political issues that affect the local community. She will start a new adventure this fall in Omaha, Nebraska, as her husband begins law school at Creighton University. You can find her on Instagram at @mindy.edgington.