Different isn't a Dirty Word: A response to the Google memo
Tuesday, August 15, 2017

Different isn't a Dirty Word: A response to the Google memo 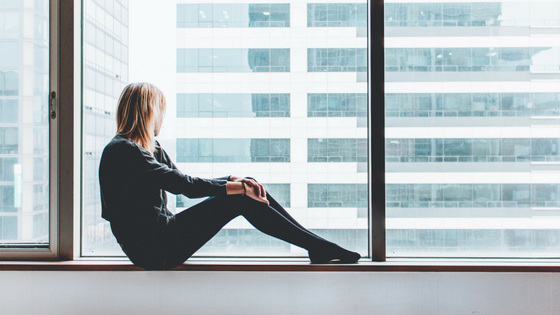 When I first read the “anti-diversity” memo from a (now former) Google employee, I just tweeted a little and wanted to move on. However, as a female in a STEM field, I've been feeling pulled to talk about it.

I was actually ⅔ of the way done writing a defense of the memo (while acknowledging some of the flaws), but it just didn't feel like the right direction. There are plenty of arguments on both sides - either claiming it is a hugely sexist piece, or people praising him as a martyr for conservative thought - neither of which is really an accurate analysis.

I don't want to talk about the pros and cons of his memo in this post (although we can certainly discuss it if you'd like). Instead, I want to discuss an aspect of the memo that triggered a lot of outrage: the idea that men and women are different.

It seems like whenever the reality of this difference is acknowledged, people immediately get defensive and deny it. To be fair, I understand why this ignites such a negative response. When we acknowledge that there are differences between the two sexes,  people start making assumptions, and no one wants to have people assume incorrect things about them. People also mistake generalizations about a sex as a truth for every individual (i.e. women don’t know as much about sports as men). But these generalizations are not always accurate for each and every person. So this is absolutely something we should call out.

The other problem, and much bigger one in my eyes, is when people translate differences in characteristics and preferences into differences in intellectual ability or value.

I've dealt with these negatives first-hand since I started telling people I wanted to be an engineer in high school.

I rolled my eyes at the guy who told me it was a “man's job.”

I bit my tongue when a project teammate in college admitted to excluding me from prototype-building because I'm a woman.

I resisted providing a demonstration of forces with my fist during a physics lab when my lab partner refused to listen to what I was saying… until a male confirmed it.

I smiled politely whenever the scientist I was working with added “for a girl” to his compliments.

And these are just minor annoyances. There are women who face legitimate discrimination or challenges due to their female sex.

However, these scenarios are a distortion of what being different means, and I believe we need to address these distortions rather than denying the differences between the two sexes.

When we act as though there is no difference between men and women, we force women to stifle their feminine attributes

When we act as though there is no difference between men and women, we force women to stifle their feminine attributes. Female characteristics are viewed as weaknesses and therefore must be pushed away or hidden in the name of equality. But this isn’t what feminism is about, and it certainly isn’t God’s plan for women.

Feminism is about equality between the sexes, because the differences between men and women don’t make one sex more valuable than the other. Women should not have to be the same as men to be treated with the same level respect. True feminism celebrates the unique contributions women can make because of their sex, not in spite of it.

Women should not have to be the same as men to be treated with the same level respect.

I’m not denying this will be a challenge; women have experienced centuries upon centuries of feminine characteristics being viewed as weaknesses. But true equality celebrates the differences between the sexes. God created both man and woman for complementarity, not for mimicry. Our differences are a good thing, a beautiful thing, and a necessary thing. The unique gifts of women and the unique gifts of men together give us the full picture of humanity.