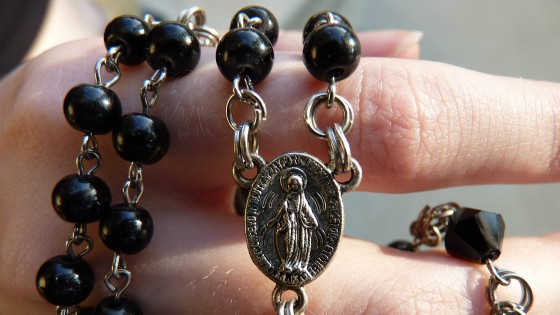 The first time I remember praying the rosary as an adult, I offered it for a silly, vain intention: My wedding date was approaching, and I prayed for a beautiful, sunny wedding day. My mother has always been close to the Blessed Virgin Mary, and she gave me a small how-to card with the rosary prayers and mysteries. She told me to pray for an intention and make it something big. That way, if God saw fit to answer it, I would know that my prayers were aided by this particular devotion.

At that point, I had only been back in the Church for a couple of years. Even though I hadn't fully come to terms with Mariology, I decided to give the rosary a try. I was hesitant, at best, and terrified, at worst.

The other Christian churches I attended taught that Mary was no more special than anyone else in the Bible: She was just a vessel, an ordinary human woman whom God used to become incarnate. Her role in salvation history was minimized, and her place in daily life was nonexistent. In fact, in the other Christian churches I attended, most of the feminine aspects of Christianity seemed to be repressed, especially Mary and the Church as Mother. There seemed to be no purpose for me as a woman, apart from aiding men on their missions from God. It never felt quite right to me, but, sadly, I found comfort in the dethroning of the feminine genius.

It was so much easier for me to seek Jesus than to look to Mary. He was entirely unlike me in His sinlessness, perfect love, and obedience — and even gender. Mary was not only a woman but the antithesis of my own broken femininity. She changed the world through humility, patience, and obedience. I was a prodigal daughter who was more likely to grab someone’s shoulders to shake some sense into them and speak my mind without thinking first.

It was so much easier for me to seek Jesus than to look to Mary. He was entirely unlike me in His sinlessness, perfect love, and obedience — and even gender.

Walking With the Rosary

At the time when I first prayed the rosary, I was working in a medical office and often walked the trails around my building during lunch. One afternoon, when I reached into my pocket for my keys, I found something else: the rosary card.

I went outside and stared at the card, leaning into the gentle stirring in my soul. Before I took another step, I prayed the act of contrition. My heart still bore the wounds of a false Mariology. I was afraid of offending my beloved Jesus by looking to someone else. I couldn't imagine turning my attention away from Him, as if He weren’t enough.

Yet, I walked and read the mysteries, which, to my relief, were all about Jesus. I prayed the first Hail Mary with hesitation, but on my lunch break each day afterward, I walked and prayed. Soon enough, I started looking forward to those midday strolls.

That time in my life was so busy. I was engaged, working, going to school, and raising my daughter. The consolation of my meditative walks gave me respite among all the uncertainties I faced. With Mary by my side and Jesus leading us both, I walked confidently forward.

It snowed into early spring that year, but our wedding day, April 18, was a perfect, sunny, 70° day.

What I came to learn about Mary was that she never led me away from her Son; rather, she led me closer to Him than I ever thought possible (John 2:5). I learned that Jesus meant what He said when He gave her to us at the foot of His Cross (John 19:26). And I learned that her humanity did not lessen her value; instead, it was used in a singular way to carry out an unrepeatable mission that was undeniably feminine (Luke 1:38).

Mary never led me away from her Son; rather, she led me closer to Him than I ever thought possible.

I don't regret the years that I spent with just Jesus, but I couldn’t grieve what I didn’t know was missing. The rejection of Mary’s spiritual motherhood left me without the guidance I needed as a young believer, and it divorced me from the sibling-like intercession of the Saints.

Turning back to the Church as Mother also made me uncomfortable at first. Eventually, I realized that this home of ours isn’t there just to dole out discipline but to nurture, help, and hold space for people — just as God created women to do.

When I stopped ignoring the feminine parts of my own divinity, I became empowered and at peace with my identity as a daughter and woman of God. I began to see my worth and dignity in a whole new way. I wasn’t just some afterthought following the creation of man; no, I was a woman created for a purpose that only I could fulfill.

As the years have passed, I’ve learned much more about our Mother and realized that my love for Jesus wasn’t jeopardized by, but rather grew through, her prayers for me. She stands out because God, in His goodness and mercy, set her apart for us. He gave us the gift of a perfect mother, a sinless woman. She is the new Eve, the Mother of our King, the Undoer of my Knots — and my missing puzzle piece.

Cait Winters is a Catholic revert, wife, and mother of three from a small woodsy town in Massachusetts. She is the SAHM of a blended family, an aspiring author, a faith blogger, and a freelance writer. She loves sharing relatable stories from her life and the lessons she’s learning through her journey of motherhood, womanhood, and faith. 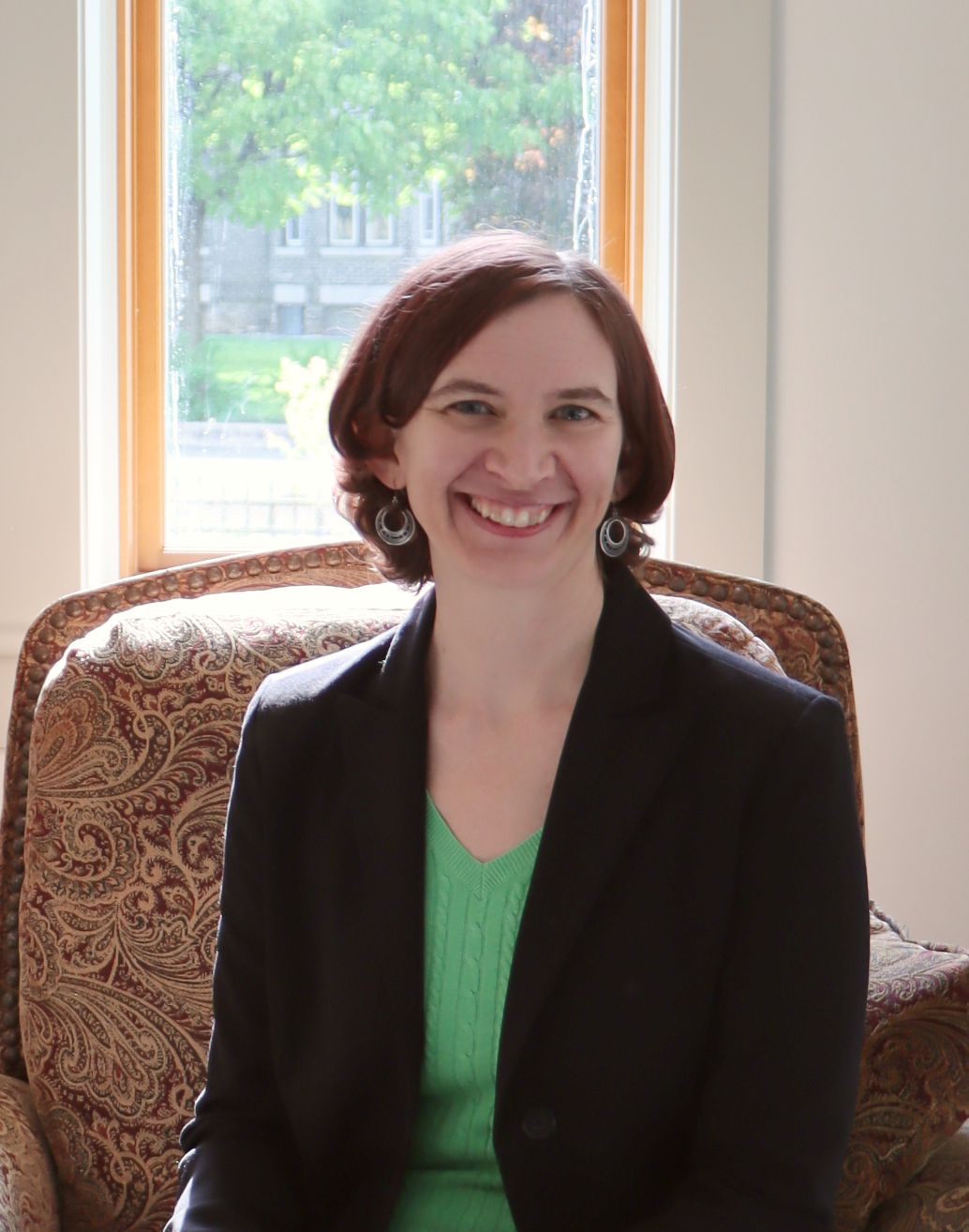