Family Separation and the call to Love Thy Neighbor
Thursday, July 12, 2018

Family Separation and the call to Love Thy Neighbor 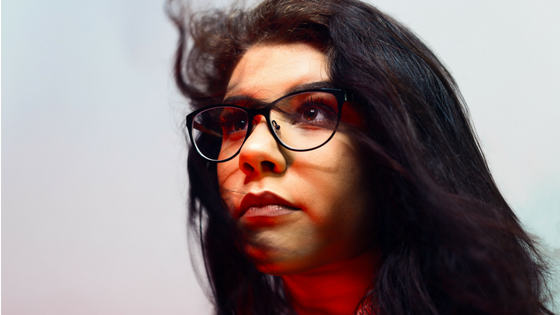 In April of this year, Attorney General Jeff Sessions enacted a ‘zero-tolerance’ policy along our country’s southwest border that directed immigration officials to detain anyone entering the United States illegally, and charge all adults with federal crimes.

This opened the door to the Family Separation Policy, where in detaining adults crossing the border, the US government also forcibly separated any children traveling with their parents, and placed them in various places ranging from Customs and Borders Prevention Facilities in open air cages, to children immigration shelters or tent camps… the exact policy and process for handling these children is unclear. What is clear is that the parents are not given any information about where their child is being taken, or any say over what is happening to their child as they await prosecution and serve the time after sentencing.

The US Immigration and Customs Enforcement (ICE) has no transparent process to reunite the families.

After parents are released, the US Immigration and Customs Enforcement (ICE) has no transparent process to reunite the families, or indeed any indication they are keeping track of where the children go. In the 5 weeks that this policy was in place over 2,000 children were removed from their parents and forced into this ‘system’. Trump finally directed a statement to end the family separation policy on June 20th, amidst cries of outrage from US citizens and statements of disapproval from other world leaders, including the United States Conference of Catholic Bishops.

No matter what your stance on illegal immigration is, this is a gross abuse of power and a direct violation of children’s rights and international law. The UN has already condemned such action from the United States. The President of the American Academy of Pediatrics described these events as “government sanctioned child abuse”. Seperating children from their families is highly traumatic for both the parents and the children, and can very likely lead to a lifetime of psychological trauma to overcome. This policy is reminiscent of the Japanese Internment camps and Holocaust concentration camps of WWII - detaining and abusing people because of their nationality/ethnic background. We are placing vulnerable people who are put into US custody in less than ideal conditions, without support, resources or advocates. To those  arguing that people seeking asylum are ‘committing a crime and deserve to be punished’ - I would like to challenge you to take a more empathetic view of our fellow human beings who are being taken advantage of, detained, and abused.

We as catholics are called to love our neighbors as ourselves. Nowhere does God dictate where the ‘neighborhood’ ends. Indeed, we learn in the story of The Good Samaritan how we are called to help everyone, no matter how different from ourselves they are. Our call to love transcends political, geographical, ethnic and cultural boundaries. These people are just as loved by God as you - and as your mother, your brothers, your friends, and your community. In our call to be Christians, we are called to love them as God loves them - and that means protecting them from having their humanity threatened - protecting them from situations like these.

A second calling of Catholicism is the protection of human dignity. While many Catholics readily apply this principle to working to outlaw abortion, we must remember that defending human dignity is a call to protect ALL human  life, and fight against ALL violations made against it. We are called to fight just as hard for the children who are dragged from their parents and placed in uncertain living conditions, with no clear process to be reunited with their families, as we are to defend the right to life for those in the womb.

The USCCB (US Conference of Catholic Bishops) has spoken out against the Trump administration and this new policy for exactly these reasons. Bishops across the country have written about their outrage for the new policy, denouncing it as “a grave sin, immoral (and) evil”. An official statement was made by Bishop Jose Vasquez, Chairman for USCCB’s Committee on Migration, calling for the end of the policy on June 1st, saying that children are a gift from God, not a tool of deterrence, and that family unity was a cornerstone of Catholicism. Other Catholic organizations and movements, such as The New Pro-Life Movement, have joined in speaking against the Trump administration’s immigration policies. Pope Francis released a statement condemning these policies as well. To learn more about Catholic social justice teaching relating to immigration, read this statement from USCCB here.

While the President has officially called for an end to this policy, the call to halt separation of families is perhaps even more insidious than the call to begin. Without a clear policy on how to reunite families, or any documentation linking the detained children to their parents, the damage done in 6 weeks will take many many months to correct… and that's only if the public remains vigilant to this gross abuse of human dignity. If we allow this issue to die and be swept under the publicity rug, if we do not continue to hold Trump and his administration responsible and accountable to fix this travesty - these children could very easily remain where they are kept for years, or worse - disappear in a cloud of inept government handling.

If we allow this issue to die and be swept under the publicity rug... these children could very easily remain where they are kept for years, or worse - disappear in a cloud of inept government handling.

As Catholics we must advocate on behalf of these vulnerable people , our brothers and sisters in Christ. People that our country has proven to not respect nearly as much as we should respect human life. This crisis is not over simply because Trump issued a statement claiming he ‘fixed it’. Even IF these children are reunited with their parents, families are still being detained, innocent children are still being held in jail with their parents as they await prosecution, there is still no protection for vulnerable peoples seeking asylum from unsafe conditions in their native country, and we are still living in a country that is divided on how we should treat people who are not as privileged - as LUCKY - as american citizens are.

Consider the fact that, those of us who were born into American citizenship received these rights not through hard work, determination, or some sort of intrinsic right - we were randomly lucky to be born in a wealthy first world that has all the opportunities that we have been offered. We believe that “to whom much is given, much is expected.” (Luke 12:48) It is our responsibility as Catholics to help those who were not so fortunate, and ensure that the human dignity of EVERY PERSON, born and unborn, is upheld and respected, and to protect those who are vulnerable from harmful government action.

This fight is not over, and we must not be tempted into thinking that it is. It’s our duty to care for our vulnerable neighbors, and make sure to not let the clean-up of this executive order be swept under the rug.

So what can you do?

Continue to pray for these immigrants, the mothers and fathers and children, especially those seeking asylum from life-threatening conditions.

Call your representatives to let them know you are still aware that this is an ongoing issue that needs to be addressed.

Keep updated, keep informed, and educate others on the facts of what is going on - don’t let others obscure the reality of the situation.

Finally, and most importantly, do not support zero-tolerance policies that open the gate for acts like this one to come to fruition.

Love thy neighbor, Jesus tells us. Now it’s time for us to act.

Kyla Lamontagne is a young liberal Catholic always looking to dive deeper into her faith and learn more about what it means to be a Catholic in today’s world. You can find her in Chicago working, serving at church, with My Block, My Hood, My City, or in a park (during the summer) reading up on various social justice issues (or the latest YA novel).