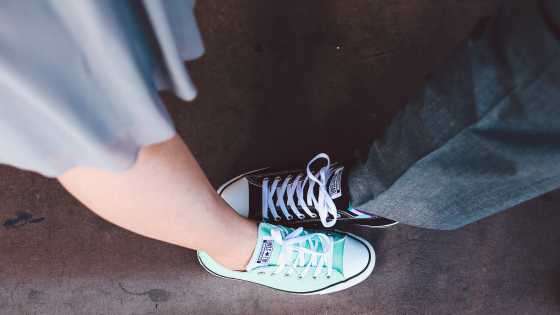 As our society deconstructs what it means to be male and female, it can be tempting for Catholics to idolize traditional gender roles, especially in the realm of family life. For those of us who believe that we are created in the image and likeness of God, the concept of maleness and femaleness is sacred. Our bodies are an expression of God Himself, which can make conversations around gender in the public square feel threatening. In an effort to combat this fear, I have witnessed some circles within American Catholic culture tout traditional gender roles as a central tenet of salvation.

There are countless conversations about how “being men” or “being women” will “restore culture.” Podcasts and opinion websites circle their wagons on the issues of maleness and femaleness, desperately trying to define how to behave in order to preserve the Church. I see individuals acting out of fear and rooting their hope in gender roles, not in the Gospel. I can hear the anxiety behind their words building to a fever pitch: We are a Church afraid.

We all have an image in mind when we read “good Catholic woman,” don’t we? Regardless of what that image entails, forcing all Catholic women to fit into a single, specific mold robs the Church of each individual’s gifts. And we try to force women into this mold all the time.

Edith Stein writes about this phenomenon. In Essays on Woman (pg 53), she speaks about how, if we do not give ourselves fully to God, we will surrender ourselves to someone (or something) else:

“... but this surrender becomes a perverted self-abandon and a form of slavery when it is given to another person and not to God; at the same time, it is an unjustified demand which no human being can fulfill.”

Some of us have abandoned ourselves not to God and not to another person but to a strict definition of what it means to be a man or a woman. We tell ourselves that God wants us to fulfill a strictly defined gender role and that, if we do not behave according to these norms, we are dangerous.

A simple example of this phenomenon is when a parent takes his or her daughter shopping and lets her pick out a toy. The little girl carefully chooses a truck, but the parent says, “Trucks are for boys. Don’t you want a girl toy? Like a dolly?”

That parent might be thinking, “I know she likes trucks, but I don’t want her to be so caught up in things that are for boys. She might decide she is a boy!” But the little girl might think, “I don’t like dolls, I like trucks. I must like boy things more than girl things. I must not be good at being a girl.”

We all know that toys do not have gender; they are objects. Ontogologically, they are genderless. However, companies market toys in a way that makes it seem like certain toys are only for a certain gender. When we believe that gender roles are (or are even part of) the pathway to salvation, we might see toys through the lens of fear about non-traditional gender expression. This is just one example of a fear-based decision related to gender roles.

The manufactured anxiety over gender expression and the health of the Church can hijack the concept of virtue and, consequently, become a form of spiritual slavery. We make an “unjustified demand” on ourselves and our children: Be a certain way, or you are not enough of a woman (or man).

These wounds bear bad fruit in two ways: First, people might give themselves, in a “perverted self-abandon,” to the ideology of gender expression under the guise of religion. Or, they might outright reject healthy masculinity and femininity after realizing that those unhealthy expectations are also unattainable. In the first case, because they have replaced salvation through God with salvation through traditional gender roles, any aberration from this norm feels like sacrilege. The second example of bad fruit is born of an exposure to the first. Because the first uses religion to propagate an ideology, some might associate this ideology with the heart of God and reject the goodness and complexity of their gender, along with rejecting God Himself. In both cases, this rotten fruit moves us away from God.

Even as a Catholic feminist with a love for Theology of the Body, I still find myself striving to live up to the idealized version of Catholic womanhood in American culture. I badly want chickens. I want to bake my own bread. I long to be elegant, but find myself most days in dirty jeans and braided hair, contemplating frozen pizzas in our local Target. I have to actively reject the idea that I must behave according to strict gender norms, or my family and the Church will suffer. I know that my femininity is much more than traditional gender roles. I am enough for God, even if I’m not great at doing laundry.

We Are Body and Soul

It might be normal for a young lady who has just started dating to have difficulty standing firm in her identity as a beloved daughter of God, but I see this problem occur elsewhere in our circles with people who ought to know better. Increasingly, I see conversations online and in parish life that circle back to gender roles. Women must do “x” in order to be loved by God, and men who aren’t “y” are feminized and therefore weak. “Be a good Catholic woman, and stay home with your children if you want them (and the Church) to survive” is a sentiment I’ve heard too often in my adult life. I’ve seen the desire to be a “good Catholic woman” in order to “restore culture” uproot and supplant the desire from God to be a holy woman, in all of the possible variations.

We can say with confidence that our maleness and femaleness are important and necessary because they are expressions of God. At the same time, expressing our gender through adherence to stifling norms is not the Gospel. Gender roles will not save us. Only by living a life with Christ will we be saved. Only by being exactly who God created us to be will we be fulfilled and the Church be made more beautiful and holy. As our Lord says in the First Letter of St. John (emphasis mine):

“Beloved, do not trust every spirit but test the spirits to see whether they belong to God, because many false prophets have gone out into the world ... You belong to God, children, and you have conquered them, for the one who is in you is greater than the one who is in the world ... In this way the love of God was revealed to us: God sent his only Son into the world so that we might have life through him. In this is love: not that we have loved God, but that he loved us and sent his Son as expiation for our sins ... There is no fear in love, but perfect love drives out fear because fear has to do with punishment, and so one who fears is not yet perfect in love.”

Though we may be overwhelmed by the culture and the people writing fear-mongering pieces about it, let us remember that fear has never born healthy fruit. 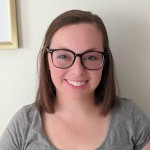 Katie Pyles is a mama-theologian living in Northern Illinois with her husband and two small children. She received her BSW from Loras College in 2013, and her MA in Theology from Franciscan University in 2016. Katie is a youth minister at a small country parish, where she gets to share Jesus with anyone who will make eye contact. She enjoys strong coffee, podcasts about murder, and taking big risks, such as going to the grocery store with two toddlers an hour before bedtime.