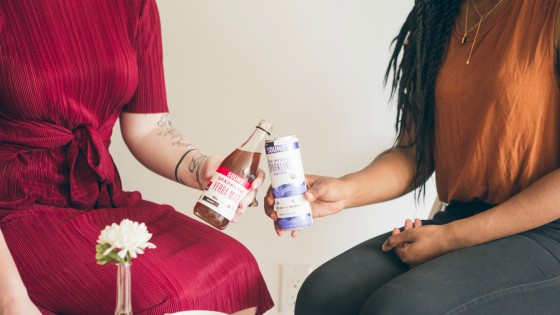 As a psychology major at Reed College, I was most drawn to social psychology, which entails understanding the root causes of patterns of behavior among social groups and how they can translate into societal trends and systemic issues. In many of my courses, we explored research on racism and privilege in America. We read studies on topics such as such as implicit association tests that reveal unconscious racial biases, the impact of stereotype threat on people of color and women in classrooms and workplaces, the fallibility of memory in criminal justice proceedings that lead to wrongful convictions, unconscious biases in employers’ review of names on resumes, and how “colorblindness” is linked with not perceiving racism and inadvertently perpetrating it. The more I studied, the more I became aware of my own unconscious racial biases and how they had affected my behavior toward people of color in the past.

We often assume that only horrible or ignorant people are racist. However, racism is often perpetuated through many small or unconscious acts based on our racial biases and by our compliance with systems that privilege some while disadvantaging others.  Despite our best efforts to be #woke, we are still affected by the pervasiveness of racial biases, which we can learn or pick up without realizing it. I was raised in a household that embraced acceptance and diversity, yet I was still affected on multiple levels by the racist ideas and beliefs that are perpetuated in society.

Despite our best efforts to be #woke, we are still affected by the pervasiveness of racial biases, which we can learn or pick up without realizing it.

In 9th grade physical education class, the girls split ourselves into two teams for basketball; most of the black girls were on one team, and most of the white girls were on the other. After I blocked a pass from one of the black girls on the other team, she called me “frog legs,” and we began arguing. At some point in the conversation, I started using pretentious vocabulary and said something about her being “loquacious.” She said she didn’t know what that meant, and I responded, “I didn’t think so.” She was hurt and angry, and only later did I realize what I implied by my comment: I assumed she was less intelligent than me, even though I didn’t really know her.

In 12th grade, among my friends in the scholarship program I mentioned in part one, I was the only white person. We made jokes about how some of them would likely get “my” spot at University of California schools because of their race and affirmative action admission policies. Subconsciously, I held a belief that I, as a white person, was more entitled to attend certain schools than they were because I had a higher GPA than most of them, failing to acknowledge the unearned advantages I may have had that allowed me to perform better academically.

Even after several years of academic study and diversity training, unconscious racial biases still made their way into my interactions. While working as an intern in my college’s admission office, I was reviewing promotional materials in a folder with a black female prospective student. As I was going over the syllabus for the humanities course that all first-year students take (an extensive curriculum comprised of Greek and Roman classics), I explained casually to the student, “Don’t worry, we don’t read every page of these texts, just parts of them.”

Though the student may not have perceived it, I realized moments later that I had “dumbed down” the curriculum. Unlike with previous encounters, I had enough self-awareness to recognize the unwitting racism I had exhibited almost immediately after it happened, and I felt awful. I went to one of my best friends (who is black) to admit this unconsciously racist interaction. However, in doing so, I was unfairly looking to him for an absolution he couldn’t give; it was not his responsibility to validate me and eradicate my sense of white guilt (an experience of individual or collective guilt for the mistreatment of racial minorities by white people). I needed to take responsibility for myself, acknowledge the sin of racism that I had fallen into, and turn to the One who alone can offer me absolution.

How My Faith Affects the Way I Understand Racism and Privilege

The more I examine my conscience and educate myself about systems of privilege and oppression, the more I recognize the ways I personally have acted on unconscious stereotypes and racial biases. In doing so, I not only fell short of Christ’s example, but I also caused harm to my brothers and sisters in Christ and created distance between myself and God. As a Catholic, I am called to repentance.

As a Catholic, I am called to repentance.

For people of color on the receiving end of unrecognized, undeserved, and unacknowledged discrimination — over several years — knowing that yours is one small part of a collective experience is a painful burden. It’s only human to react to that kind of pain with anger, sadness, and frustration at feeling powerless. Sometimes, it can even lead to globalized resentment toward all people with white privilege. As a white person, I strive to be patient and compassionate if I encounter this resentment, knowing that it’s not about me personally but about the unearned privilege my race confers on me and the harm that it has caused people of color both historically and generationally.

Our U.S. bishops implore us to reflect on racism not just individually but as a whole Church: “To our shame, Christians have been part of the problem. So, as Christians, we need to be part of the solution” (USCCB, Responding to the Sin of Racism). Part of how white Catholics can begin to take responsibility for the sin of racism is by being able to recognize our differences:

Racism rejects what God has done by refusing to acknowledge the image of God in the other, the stranger and the one who is different. The fact that we were created in the image of God should remind us that each person is a living expression of God that must be respected and preserved and never dishonored (USCCB).

As Catholics, we are called to examine our consciences and have compassion for the lived experiences of people on the receiving end of any injustice, including racism. We are called to humility, and for Catholics with white privilege, humility includes listening to the experiences of people of color and doing our part to ensure that all people have a seat at the table.

As Catholics, we are called to have compassion for the lived experiences of people on the receiving end of any injustice.

Our sins are not only in what we do but also in what we fail to do. We must seek to be welcoming and attentive to others’ struggles and hurts. We must also be willing to acknowledge our faults and to use our advantages, blessings, and privileges to empower others who may not have them.