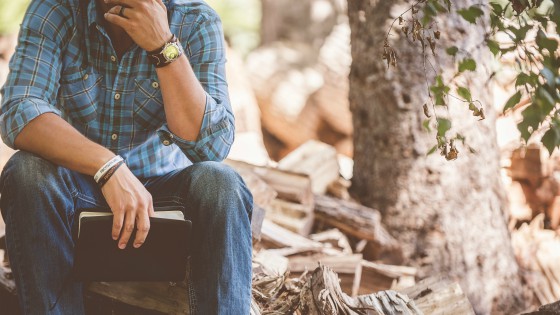 In the beginning, God created both man and woman in His likeness and image. However, we tend to misunderstand (at best) how God characterized them in the rest of the narrative. God created Adam and told him to cultivate and care for the garden of Eden, thus establishing service as a masculine ideal. Think about this for a moment: Adam was created to cultivate, care for, and serve. He was not created to dominate.

After God created Eve, Adam exclaims that she is one like him; she, too, is made in the image and likeness of God. Men and women are divinely designed to be complementary. They must come together to show the fullness of God as Trinitarian, a unity of Persons. Man is to serve and woman is to help in this task.

The typical American (Christian) understanding of masculinity and femininity says that men are supposed to be strong leaders as the head of the family, while women are meant to be hidden as its “heart.” St. Paul seems to say as much in his first letter to the Corinthians: “But I want you to know that Christ is the head of every man, and a husband the head of his wife, and God the head of Christ” (1 Cor 11:3). Many people interpret this to mean that men hold the greatest power in a marriage and family. However, this is incomplete unless we understand what power means in the context of the Gospel: Jesus Christ shows us that real power lies in humility, service, and vulnerability. Service often takes on the forms of leadership and strength, but self-sacrifice is always at the center. Power often necessitates vulnerability.

Jesus Christ shows us that real power lies in humility, service, and vulnerability.

In order to lead, men must serve. In order to be strong, they must serve. In order to love, they must serve. St. Paul commands in his letter to the Ephesians, “Husbands, love your wives, even as Christ loved the church and handed himself over for her . . . So [also] husbands should love their wives as their own bodies. He who loves his wife loves himself. For no one hates his own flesh but rather nourishes and cherishes it, even as Christ does the church, because we are members of his body” (Eph 5:25,28-30).

A man’s very body demonstrates this service and vulnerability. For example, an erection leaves a man very exposed: visible to the outside are his passions, desires, and inmost personhood, there on display. In a vacuum, men tend to see their erections as a mode of strength, hence pride in being able to “get it up” and “keep it up.” When put in the context of relationship, however, an erection shows the depths of man’s vulnerability. If several people see his erection, he could experience vulnerability in his embarrassment, not to mention the possibility of appearing “unmanly” if his erection is perceived as small or weak.

In relation to a man’s beloved, though, his vulnerability is connected to the desire to serve his beloved and have her approval. This is what God created man for and what He redeems through Himself in Christ. Man had to become vulnerable for God to create Eve, and he did succumb to that, reaping a great reward in one who “is bone of [his] bones and flesh of [his] flesh” (Gen 2:23). Man is at his best and most masculine when he is vulnerable and when he serves.

Pope St. John Paul II tackles this in the Theology of the Body when he writes about shame:

“The third chapter of Genesis [‘I was afraid because I was naked, and I hid myself.’ Gen. 3:10] shows without any doubt that shame appeared in man’s mutual relationship with woman. By reason of the shame itself, this relationship underwent a radical transformation. . . This shame confirms that the original capacity of communicating themselves to each other, which Genesis 2:25 speaks of, has been shattered. The radical change of the meaning of original nakedness leads us to presume negative changes in the whole interpersonal man-woman relationship. . . Shame . . . is a symptom of man’s detachment from the love in which he participated in the mystery of creation.” (Man and Woman He Created Them: A Theology of the Body 117-119)

Disdain for the call to serve and for innate vulnerability leads to aggression and a lust for power. In relation to each other and the family, women and men should serve each other. The woman uses her strength and gift for nurturing to assess the needs of those in her care, providing to each what is necessary for her well-being. The man provides, through service, all of those things which are necessary.

Disdain for the call to serve and for innate vulnerability leads to aggression and a lust for power.

In our fallen state, we associate femininity with pain and weakness (see Genesis 3:16). Woman weeps through childbirth, and then again as her children grow and leave her. She weeps at her lack of resources. She weeps as she is beholden to man, who wants to overpower and dominate her. This is the dissonance between men and women after the Fall, and what we must fight to correct.

To be truly feminine, women must be allowed to be strong and use their nurturing strength. A woman, Mary, had to make a show of God’s strength to correct the sin committed by Eve. She didn’t use her strength for herself, but rather subjected herself fully to God, who then showed His power through her. Where Eve wanted power for herself, Mary recognized that only God holds the power and we partake in that through obedience to Him.

St. Joseph gives us a model of service, true masculinity. None of his words are recorded in Scripture. He serves silently, never competing with Mary or Jesus and or putting himself before them. Everything he does is an act of service to his family and to God, and he does it all without pomp and circumstance. Because of his humility, Joseph receives the unimaginable gift of being the foster father to the Son of God Himself.

Though the Holy Family shows us how to properly view the roles of man and woman, we still see through fallen eyes. We hear some shout, “Men must be dominant!” while we see some of feminism (not all!) push back so hard that feminism becomes primarily concerned with acquiring power and domination for women. Neither of these approaches is correct. We would do well to remember that vulnerability is not weakness, but rather strength in its best form. Masculinity does not mean being dominant or toxic, or even fragile. Masculinity means being vulnerable, focused on service, and loving.

“At present we see indistinctly, as in a mirror, but then face to face. At present I know partially; then I shall know fully, as I am fully known” (1 Cor 13:12). St. Paul speaks about how we still see ourselves and each other incompletely, with fallen eyes, but that we have also been given the way of Truth. Let us use the eyes of truth to see how God designed us and to heal the wounds of distortion and dominance in our time.