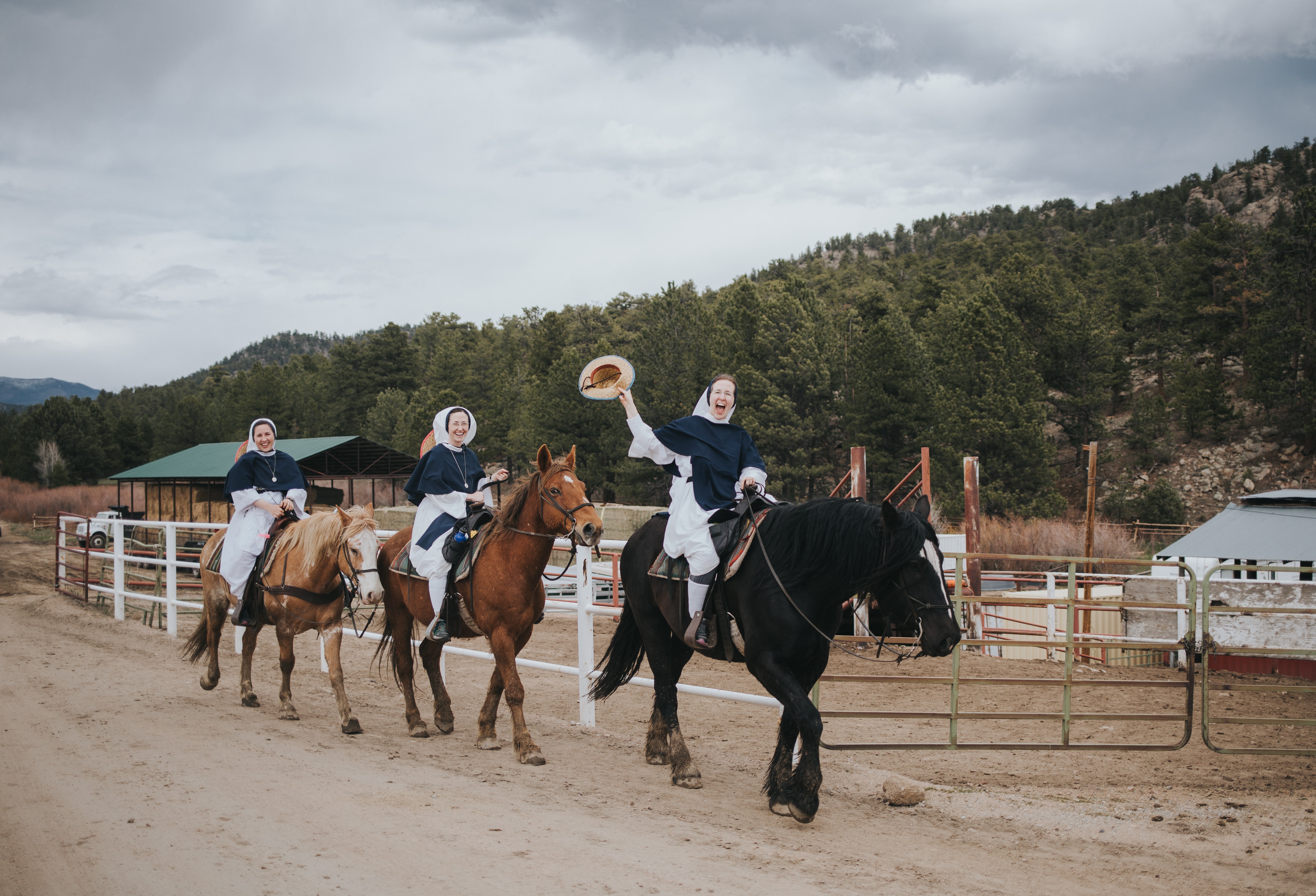 When you picture a nun, you might think of a quiet, submissive woman in a habit who lives in a cloister - or a strict, no-nonsense, old woman rapping knuckles in an old-timey school. While these stereotypes are prevalent in pop culture, they certainly are not reflective of religious sisters as a whole.

History is filled with stories of sisters who subverted those stereotypes, many of whom were made saints for doing so. And while some were devoted to prayer in convents - which is also valuable! - there have always been sisters who went out to serve the poor and vulnerable.

The role of religious sisters has continued to evolve to meet the needs of a changing world. It’s now common for sisters to be engaged in politics or active on social media, and they continue to serve those in need through diverse ministries.

Because of their humility, we often don’t see the work these women are doing unless we have a personal connection with them. So, we reached out on Instagram to ask our readers about the cool nuns they know. Here is what their responses show us:

The Missionaries of the Word run youth expeditions, ministering to teens and young adults through hiking and camping retreats.

Sr. Stephanie Baliga (“The Running Nun”) is a marathon runner, in addition to running a large food pantry in Chicago.

And who could forget Sister Jean, the 102-year-old nun who is Loyola basketball’s team chaplain and biggest fan?

The Dominican Sisters of Mission San José in California run all sorts of creative ministries. As one reader explained, “They do a Christmas boutique every year and make the most amazing cookies and have their own olive trees to make olive oil! In addition to a music school. They’re the best!”

Sister Dr. Miriam Therese Winter is professor of liturgy, worship, spirituality, and feminist studies at Hartford Seminary. She is a Medical Mission sister, but her healing is done through music. She has traveled the world performing songs about justice and gender, peace and reconciliation, and global inequality.

Sr. Jocelyn Edathil, is highly educated, having earned an M.D. and a Ph.D in organic chemistry. She is currently an assistant professor of clinical medicine at Temple University.

Countless orders of women religious continue to be involved with education at all levels. For instance, the Religiosas de Pureza de María run a university in Spain and the Dominican Sisters of Saint Cecilia run K-12 schools in Nashville.

Sisters see a need and meet it

The Sisters of Life provide resources to pregnant and parenting women, including housing, employment, medical assistance, legal advice, and emotional and spiritual accompaniment.

The Sisters of Charity work in Juárez, Mexico with kids who have cerebral palsy or other special needs.

The Mercedarian Sisters offer retreats to people who are suffering from a debilitating or terminal illness, helping them find spiritual consolation, guidance, comfort, and peace.

One reader described her personal connection to a Ghanian nun named Comfort, who works in public health in rural areas and is studying to be an OB/GYN

The Cistercian nuns of the Abbaye of Boulaur are restoring and running their own 12th century-inspired cattle farm.

A group of Peruvian nuns formed Siervas, a rock band with an international following.

And as one reader put it, “The Cistercian nuns at Valley of Our Lady gather to pray the Divine Office at 3am. Bruh. That’s hardcore.”

The Daughters of St. Paul, also known as “the media nuns,” use all forms of media to evangelize, including Twitter and TikTok. Sr. Bethany is especially popular.

One reader reminisced, “I have some great memories of nuns visiting the summer camp I went to through middle and high school and having them play laser tag and dodgeball with us.”

Most recently, a group of sisters made headlines at an Astros game and were later invited to throw out the first pitch

In sum, women are incredible, and religious sisters are no exception. The next time you see a nun at the grocery store, keep in mind that she could be going home to train for a marathon, rehearse with her rock band, milk a cow, or learn the latest TikTok dance.