The Proverbs 31 Woman is the Ideal Biblical Wife... and a feminist?
Thursday, October 12, 2017
Church

The Proverbs 31 Woman is the Ideal Biblical Wife... and a feminist? 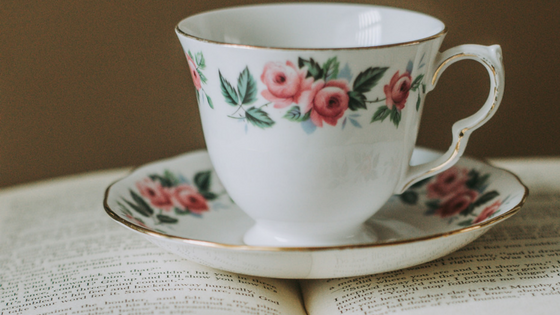 This particular rant, however, took me in a direction I didn’t expect.

It started out as a complaint about the pressure that some Catholic women feel to conform to some sort of imagined “ideal” of domesticity.

Why do women feel that they must good homemakers to be good wives?

Why is all of the pressure on women to be the nurturers?

Doesn’t this ideal overlook the truth that not all women are good at cooking and cleaning? What about men? Shouldn’t they help out with the domestic duties?

On and on I went until I unveiled my secret weapon: Proverbs 31. (Let’s pause here and agree not to talk about the fact that I used the Bible as a weapon…)

“I get so frustrated by women who try to become ‘Proverbs 31’ women. I mean, is anyone really like that? This ideal is just setting women up to fail! And what women with jobs? Listen to this!”

And then I read aloud:

Who can find a woman of worth?
Far beyond jewels is her value.Her husband trusts her judgment;
he does not lack income.
She brings him profit, not loss, all the days of her life.
She seeks out wool and flax
and weaves with skillful hands.
Like a merchant fleet, she secures her provisions from afar.
She rises while it is still night,
and distributes food to her household…

Before I could continue on my rant to explain how unrealistic this ideal is, I heard my 10 year old son call out three words that stopped me in my tracks:

Huh. Now I had to rethink everything.

Did that describe me? I mean, not the wool and flax part (I don’t own a sewing machine and can barely sew on a button), but the other stuff?

I started to go through it again with new eyes.

Don’t I try to bring profit to the family and to act with strength?

Don’t I keep my family clothed? After all, they’d all be wearing uniforms that were too small, if not for me!

Don’t I aim to speak kindly to my children?

And then, to make matters more complicated, a friend pointed out how many of the qualities in Proverbs 31 describe entrepreneurial women, women who buy and sell and produce and who are active participants in the economy.

Slowly, I realized that there are two possible conclusions here: either Proverbs 31 is prescriptive (as I had assumed) and describes an unattainable “ideal” that limits women to the role of homemaker, or it is descriptive and describes the basic ways that women care for their families, both domestically and professionally.

I wonder if the shift in my thinking really had more to do with shift in perspective; I suspect that my initial, somewhat hostile, response to Proverbs 31 had less to do with what it says than with what I assumed it says, based on how others respond to it and use it to justify their own perspectives on womanhood.

My son’s off-hand comment that day was a gift - because it forced me to step outside of my assumptions, to read something I thought I knew with fresh eyes.

I think part of the difficulty that comes with identifying and understanding what it means to be a Catholic women is that so often we believe what others tell us the Church teaches about femininity without stopping to actually read the documents and to talk with other women openly to see if those assumptions are true.

so often we believe what others tell us the Church teaches about femininity without stopping to actually read the documents and to talk with other women openly to see if those assumptions are true.

I don’t think anyone likes being told what to do -- I know I don’t -- but I suspect that women would have a much different experience of understanding what it means to be a woman if we simply opened ourselves up to a different way of understanding.

At least now I know,  maybe the Proverbs 31 woman isn’t so bad, after all.

Theresa Woodhouse is married with three children and works part-time as a professor. She enjoys reading, writing, working out, and coffee (so much so that her family has told her she’s never allowed to give it up for Lent). She is writing under a pseudonym and chose the first name because every saint with a version of that name is awesome and the second name because, while she is not “handsome, clever, and rich” like Emma Woodhouse, Emma’s faults are a bit too familiar to her.

By
Samantha Povlock
No items found.