Receptivity Is Not Passivity 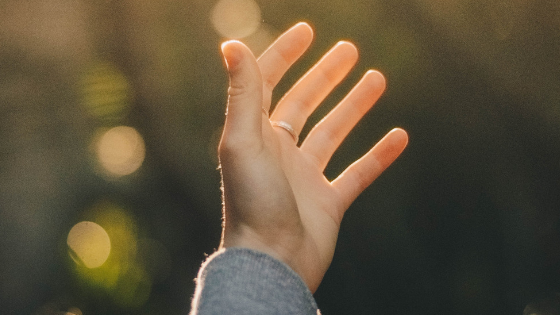 Since St. John Paul II wrote about the feminine genius, the special charism that God gives to women, many have sought to clarify what exactly that genius is. The four elements of the feminine genius commonly recognized today are sensitivity, receptivity, generosity, and maternity.

Of these four gifts, the one with the least coherent definition is receptivity. What, exactly, does it mean to be receptive? One unfortunate, but common, misunderstanding is that in order to be receptive, one must be passive.

According to Hans von Balthasar, the Church is divided into two dimensions: the Marian and the Petrine. The Marian, or feminine, dimension is associated with the laity and should exemplify fruitfulness and receptivity. The Petrine dimension, on the other hand, is associated with the clergy, and should exemplify leadership and initiative. Understood this way, the Pope and members of the Church hierarchy are not “above” the laity; rather, they exemplify different, but equally essential, aspects of the Church.

Receptivity can be easily misunderstood because the world tends to hold it in direct contrast to the active role of the initiator, or leader. In the secular world, the opposite of the active role is the passive role; however, in the Catholic worldview, we are all called to an active role, even (and especially) if we are also called to be receptive. Receptivity sometimes gets a bad rap because the world tends to set up a false dichotomy between initiative and passivity.

[I]n the Catholic worldview, we are all called to an active role, even (and especially) if we are also called to be receptive.

Some, including Mary Jo Anderson, point to Mary’s fiat as the ultimate example of the feminine genius “unblemished by original sin.” Certainly, Mary’s “yes” to God - which allowed for the salvation of humankind to occur - is one of the most important moments of triumph against evil in all of human history. But consider what she did next: “During those days Mary set out and traveled to the hill country in haste to a town of Judah, where she entered the house of Zechariah and greeted Elizabeth” (Luke 1:39-40).

After Mary momentously surrendered her will to God’s, her role was not simply to sit back and wait for the salvation of the world to happen; she hurried to assist a family member in need. When a woman is receptive to God, she receives both grace and a special mission to go where she is needed, and to be God’s hands and feet to others. Mary shows us that receptivity does not consist of passivity, but rather of an openness to the active role that God asks each person to assume.

Mary shows us that receptivity does not consist of passivity, but rather of an openness to the active role that God asks each person to assume.

As Joseph Ratzinger pointed out, the feminine and masculine geniuses represent, first and foremost, human qualities. Both men and women are called to exhibit the goodness of the feminine genius, especially receptivity to God. Women tend to find receptivity easier, but that does not mean that living the feminine genius requires women to be relegated to passive roles in the family or the workplace. It simply means that, in this area, men can learn from women. When a man sees a woman demonstrating receptivity, it reminds him of his calling to be open to God’s will and to the needs of others.

Ultimately, the gift of receptivity is that of receiving God’s grace, His love, and His mission for us. In living out the feminine genius, women might indeed have to be assertive; the Church has many stories of female saints who, through the grace of God, confronted authority figures, shook up existing systems, and set the world on fire. But these saints did not receive their calling from their own desires; they received it from Christ, who calls us all to open ourselves to receive His grace.‍