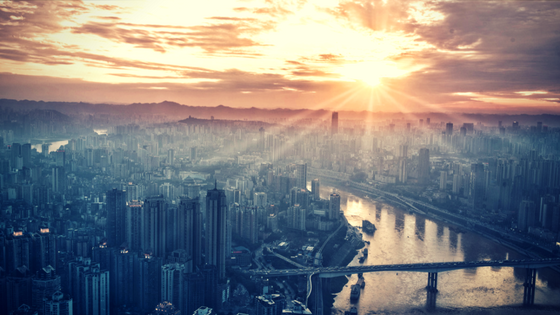 I know I’m a bit late to the game. A lot of the hype around Wonder Woman seems to have died down. But the mark of a good story is that it endures. It’s not just fun and new, but it’s also compelling because it speaks truths to us. It draws you back again and again, and it’s always relevant.

Just a little background and recap before I dive right in: Diana, princess and warrior of the Amazon women, has been training (and dreaming) for the day when she would fight Ares, the god of war. Ares has made it his mission to corrupt mankind, sowing discord and hatred. One day, an American soldier named Steve Trevor essentially crashlands off the coast of her home, bringing news of the Great War (World War I) that has been raging for the past several years. Diana realizes that this Great War must be the work of Ares, and she sets off with Steve, intent on defeating Ares once and for all.

Now, Diana has been raised by women her whole life. Not only that, she had never even met a man until Steve shows up. So when he brings her to London, to the war, it’s quite a culture shock for her – and not just because the clothing is different, or because she’s never tried ice cream before, or because people don’t carry swords. She is thrown into a society that is dominated by men. Dominated politically, yes, but in so many other subtle ways that even the most self-aware feminists are still trying to discern.

This is an ongoing struggle, especially for Catholic feminists. As women, we are constantly being told who we are. We are constantly hearing (from both men and women) what it means to be a woman – and what it should mean.

The list goes on. (And the judgments with it.)

But if you’re like me, a lot of times you sit back and wonder... How much of this is true, and how much of this picture has been warped by the damaging and sinful effects of “the patriarchy”, for lack of a better word? So much of our culture, and therefore so much of our identity, is built on a foundation riddled with sexism – a foundation that takes broken, unredeemed masculinity as its ideal. How can we possibly know how much of our assumptions about femininity has been warped and poisoned by a systemically unhealthy understanding of true and virtuous manhood and womanhood?

Diana is, in a way, a really intriguing example of the pure, unadulterated feminine genius. Granted, she is the creative vision of one director, one cast, one crew. But it’s an interesting exercise nonetheless. What would a woman with no masculine influence in her life be? Diana has had no male role models or figures of any kind in her life. So what we see of her femininity has not been influenced in any way – good or bad – by men. She’s never had to think about whether her ideas about strength, virtue, sacrifice, honor, and love have been affected – or infected – by a fallen and sinful perspective of masculinity.

Diana has none of this baggage to carry with her. Sure, not very realistic, and I would never argue that women should shun the society of men in order to truly live out their feminine genius. No, of course not. The feminine genius is beautiful, but it’s not the whole story. In the same way that the corresponding masculine genius is incomplete by itself. We see this played out in the film. Diana’s new friends (most of whom are men) need her, and as much as it might sound less-than-feminist to say so, Diana needs them. She could not have accomplished what she does without those men.

The feminine genius is beautiful, but it’s not the whole story. In the same way that the corresponding masculine genius is incomplete by itself.

At the same time, the whole story of Wonder Woman (as told by this film) is so organic. None of it is forced - there’s no agenda. It wasn’t written to showcase how a woman would act in these situations. But in telling this story, which is not about women’s empowerment, per se, we get a really beautiful and honest portrayal of how one woman sees the world.

Diana is a fierce, fierce warrior, but she is motivated by true and genuine love for each person she meets. She arrives in our world intent on ending World War I, which is in full swing. Unlike every soldier, every general she meets, however, her approach to the war is profoundly personal. She is not there to win the war. She is there to end the horrific suffering it is causing. She is there, not because war is a tragedy, but because the dehumanization of each person affected is a tragedy.

Time after time, Diana is moved with pity at the suffering she sees all around her. Every time she comes across a sobbing mother, a wounded soldier, a decimated village, she tries to do something. Again and again, she is told, “There’s no time.” “We have to go.” “There is nothing you can do about it.” And my personal favorite: “We have to stay on mission.”

Enter Diana. She is no stranger to battle. She knows that war requires terrible sacrifice, but she never ceases to reckon the real cost of war – human beings. Human beings whose lives and dignity are being trampled upon. Her friends have trouble keeping this in mind. I think, deep down, they know – why else would they be fighting this seemingly endless war? But I really believe that it is Diana’s feminine perspective that allows her to see each person with such particular compassion. Even when Diana fights, she never forgets that the real enemy is not the person in front of her. The real enemy is Satan (I mean, in the movie, it’s Ares, the god of war, but he’s a dead ringer for Satan if I ever saw one).

I’m not suggesting that Diana’s friends are wrong in how they approach war. I do think they don’t have the whole picture. As St. John Paul II said,

Perhaps more than men, women acknowledge the person, because they see persons with their hearts. They see them independently of various ideological or political systems. They see others in their greatness and limitations; they try to go out to them and help them. In this way the basic plan of the Creator takes flesh in the history of humanity and there is constantly revealed, in the variety of vocations, that beauty-not merely physical, but above all spiritual-which God bestowed from the very beginning on all, and in a particular way on women.”

In every single area of life, we as a society – as a human race – need to acknowledge both masculine and feminine perspectives and find a way to integrate them. There is no arena (politics, war, education, business, etc. etc.) that does not touch the lives of human beings; therefore, there is no arena in which women do not have a unique and vital part to play.

So, let out your inner Amazon. And yes, by Amazon, I mean feminine genius. Not because #girlpower, not because “whatever men can do, we can do”, not even because you’re a legendary warrior (I mean, maybe you are, that would be pretty cool). But because you are a force of powerful love in a world that so desperately needs you. Because you are a force to be reckoned with. And because you are able – you are called, in a terribly undervalued way – to be “the bridge to a greater understanding between all men”. And if you end up defeating the god of war while doing it, more power to you.