Thank you for seeing me 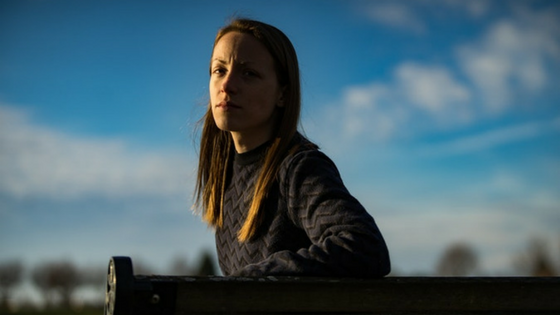 In response to Why We Shouldn't Call Women Who've Had Abortions Murderers:

Thank you for saying this.

I am a post-abortive new Catholic woman.

In the 1990s the culture and media were full of pro-choice ideals. You are right to say that many women are mislead to think abortion is the answer. As an 18 year old who made a mistake, I didn't even have a boyfriend. The reasons I was seeking love and affection through sex are a different post altogether.

In 1998 all the information around me pointed to abortion being a good thing. "How could a teenager properly care for a child? The child/ren are doomed to a lifetime of suffering and poverty." Preventing that suffering was shown as the best and good thing that could be done for the baby.

"Save the baby by preventing its birth into suffering."

I was convinced by the culture around me that abortion was the only answer for both of us.

I was convinced by the culture around me that abortion was the only answer for both of us.

Being only 18, I did not ask others in my life for help or opinions. I only did what the whole world around me thought was right (so it seemed.) By media and pop culture I was convinced abortion was the only right and true thing to do. It was empowering. It was preventing suffering. It was "saving" the baby.

And now I know it was wrong. It was a terrible mistake and sin. But I was not alone. I was basically convinced to do it. The pro-choice pop culture made me feel like there was no other way.

In hindsight, I believe I did not have full consent and knowledge. I have prayed, confessed, and begged forgiveness and am in a good place with God.

Thank you for showing me you see the me that was desperate and ignorant back then.

Thank you for showing the world that the mother needs saving, too.