The Genius of Mary 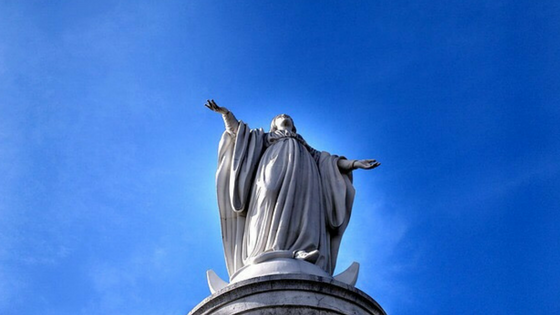 Do we really get Mary?

We know God made her perfectly sinless. She needed to be perfect because Jesus would take His human nature from her. That's why she was humble, meek, and so, so good.

And that is where we get stuck.

Everybody focuses on Mary's goodness. Some see her as a model disciple and try to be like her. Some seek refuge in her caring maternal arms and ask for her help. Some even dismiss her all together as out of their league, preferring saints who were sinners first.

Holy pictures feature a serene, dutiful Mary – definitely not a troublemaker here. In movies, she comes off as someone who'd make a great babysitter. You get the idea that filmmakers have way more fun with Peter or Judas than with the predictably good, frankly boring character of Mary.

Let us look at the only other perfect human beings God every created – Adam and Eve – and we will find out just what Mary had going for her.

Adam and Eve were created smart. If tests had been invented, they wouldn't have had to cram for them. They would remember everything they had learned. Nothing was hard for them. We get a glimpse of what this must have been like everytime a genius comes alone. Leonardo da Vinci, Mozart, Shakespeare – all possessed a trickle of the run-off from our original state of perfection. They show us how talented man was originally created to be.

That was Mary. Unlike Adam and Eve, she didn't blow it. Beyond not being ignorant, she also did not have a weak will or the tendency to do stupid things called sins. This made her beyond smart; it made her wise.

This means that if God had so willed to give her the job of Ruler of the Roman Empire, she would have done a bang up job. And we wouldn't be forced to settle for Cleopatra or Hetsheptsut as examples of powerful women excelling in a man's world.

But God didn't want that job for her. He gave her the job of bearing and raising a Child, and wiping the crumbs from the table and feeding the pigeons and making lots and lots of matza. We think of that job as pretty mediocre and so we portray Mary as mediocre. This only goes to show how mediocre WE are.

Then there's the fact that she doesn't have a lot to say. And when she does talk, she seems confused. “Where have you been? We've been looking all over for you!” Nobody seems to notice the fact that she came up with the Magnificat right on the spot. God inspired it but did He write it? It is said that Mozart was inspired to write the Ave Verum while on a procession. Then he went home and sweated out the details. Mary didn't have to bother with all of that.

Or perhaps we think she was simple minded because of the question she asked the Angel Gabriel: “How can this be for I do not know man?” So let's go there. In the first place she had no doubt about it. We know this because Zachariah asked a slightly different question of the same angel and was struck dumb for doubting. Was Mary simply bewildered and naïve so the angel didn't hold it against her? There is a third possibility. Mary knew clearly that the Conception of Jesus would NOT happen in the usual way. She obviously had a solid grasp of what the usual way entailed - despite being very young and living in a very sheltered community, which just adds to my point about her not having to puzzle stuff out like the rest of us. She simply wanted to know how God was going to do it. The question starts with the word “How” not “Wait, this makes no sense!” So the angel explains it: “The Holy Spirit shall come upon you and the power of the Most High shall overshadow you.” Mary then submits to the total awesomeness of what is about to happen.

Back to films. I can think of one notable exception to Babysitter Mary, and that is the Mary of the film, The Passion of the Christ. THAT Mary is a Mary who indeed has all the usual qualities we associate with her – serenity, approachability, and not a lot of lines. But she is an intelligent Mary, a woman par excellence. She is the Mother of the Perfect Man and let me tell you, the apple does not fall far from the tree. You can take her seriously. You can respect her. She is someone you would go to for advice and she would never steer you wrong.

This is the Mary people need to know. Or at least it's a good start. Learn more about this fascinating and complex person by meditating on the Litany of Loretto, which lists some of her better known titles. Mother Most Banal is not one of them. Mother of Good Counsel is. So is Virgin Most Prudent and Seat of Wisdom. While it's right that we appreciate the goodness of Mary, let's not stop there. She was the smartest woman the world has ever known. Mother most Brilliant, pray for us.

This article was first published in Catholic Digest.

Susie Lloyd is the author of Bless Me, Father, for I Have Kids. Find more articles and books on susielloyd.com