United in Motherhood: Reflections from the Border
Wednesday, August 21, 2019
Culture

United in Motherhood: Reflections from the Border 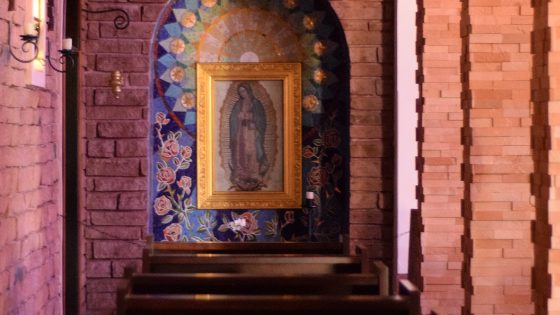 I have lived in Texas my entire life. It is something that I am proud of. When I wonder who I am, which is often, I always come back to the fact that I am a Texan and that gives me some sense of meaning, purpose and identity.

When I was about three years old or younger, my grandfather took me somewhere in his truck. I do not remember much about it except his face and him looking at me and saying “no matter what anyone ever tells you, you are Tejano, do not forget that.” Because he died shortly after that, I never did forget. But I did not really know what “Tejano” was. I asked people in my family but the answer was always different. As best as I could figure it was Texans who speak Spanish. We were often called Mexican but nobody in my family was from Mexico. My family had always lived in the land that is now Texas. The Mexican border crossed us but we never crossed it and my great grandparents were American Indian and Spanish, so technically they were Mexican citizens and then Tejanos and then Texans and then Americans. Without ever crossing a border. I have never stepped foot in Mexico in my entire life.

Growing up in Texas, I am considered “Mexican.”

That all being said, growing up in Texas, I am considered “Mexican.” When my mother was growing up there were signs outside of some stores and business that said “No Mexicans Allowed” and that meant my mother and her siblings even though they were grandchildren of people who were native to this land way before the United States even existed.

So while I have always lived in Texas and been proud of it, I have never felt as if this was one hundred percent my home. I have always felt that a part of me is not welcome. Like there are just some spaces that even without signs on them are “No Mexicans allowed” and that includes me. But even then, it was in the background. I had never lived in a time when stadiums filled with people chanting “send them back!” or when people drove ten hours in the middle of a hot Texas summer to El Paso to specifically target men, women and children who have the same skin color as I do. This is a new level of unwelcome for me.

Now as a mother and grandmother I see kids being traumatized because they are being separated from their parents. I see kids in detention centers and hear stories of them having to go before Immigration judges all alone to answer questions that adults have a hard time answering. These children look like my children and grandchildren. We share historical DNA and language. We come from the indigenous people who were colonized and have had border crossing us as we just try to do the best we can for our children whatever that looks like. My mother’s heart aches for these children.

I watched the testimony of a mother whose daughter fell ill while in detention and died a few months after being released. As a mother who has buried a child I cried for her. I was also so proud to share a heritage and history with her because we come from a long line of mothers who will always fight for the honor of our children. Our children are our pride and joy. Our motherhood makes us warriors. I see this being broken everyday when I see pictures of mothers who want a good life for their children being forced to face the trauma of losing them because our laws are inhumane.

In my culture there is no greater hero than the Blessed Mother. She is who my mother, grandmother and my Tias all looked up to. Pictures of her are everywhere in every house of every mother in my family. When our kids act up or are lost, we light candles praying that Mary may bring them back. When they die, we beg Our Lady to guide them to heaven. We are mothers who pray to the Mother of God every moment of every day. She is with us always.

These mothers who are having their children traumatized by raids, detentions, deportations and all the other ways that our immigration system is failing them - they all share this with every American Catholic mother: this maternal heart. This is where we meet in common - at the foot of the cross with The Blessed Virgin holding our hand. May she help us all to be the best mothers we can be and to guide us in how to support each other as mothers in these circumstances in the United States.

This is where we meet in common - at the foot of the cross with The Blessed Virgin holding our hand.

Our Lady, Pray for us.

Leticia Ochoa Adams is a 43 year old wife, mother, grandmother and lover of her family’s three pit bulls. She is a born and raised Texan. She is Hispanic, Catholic, Whole Life, anti-racist and is dedicated to helping people make space in their lives for their own grief or for the grief of those they love. She speaks and writes on parenting, her Catholic faith, learning how to process childhood trauma and suicide loss. She lived the worst day of her life the day that her oldest son Anthony died by suicide, and honors his life by telling people about him and helping others who have also suffered a huge loss. Because she has lived that day and survived, she is no longer scared of anything except not showing up as her full self. You can find out more about her at leticiaoadams.com