My Experience With Vaginismus 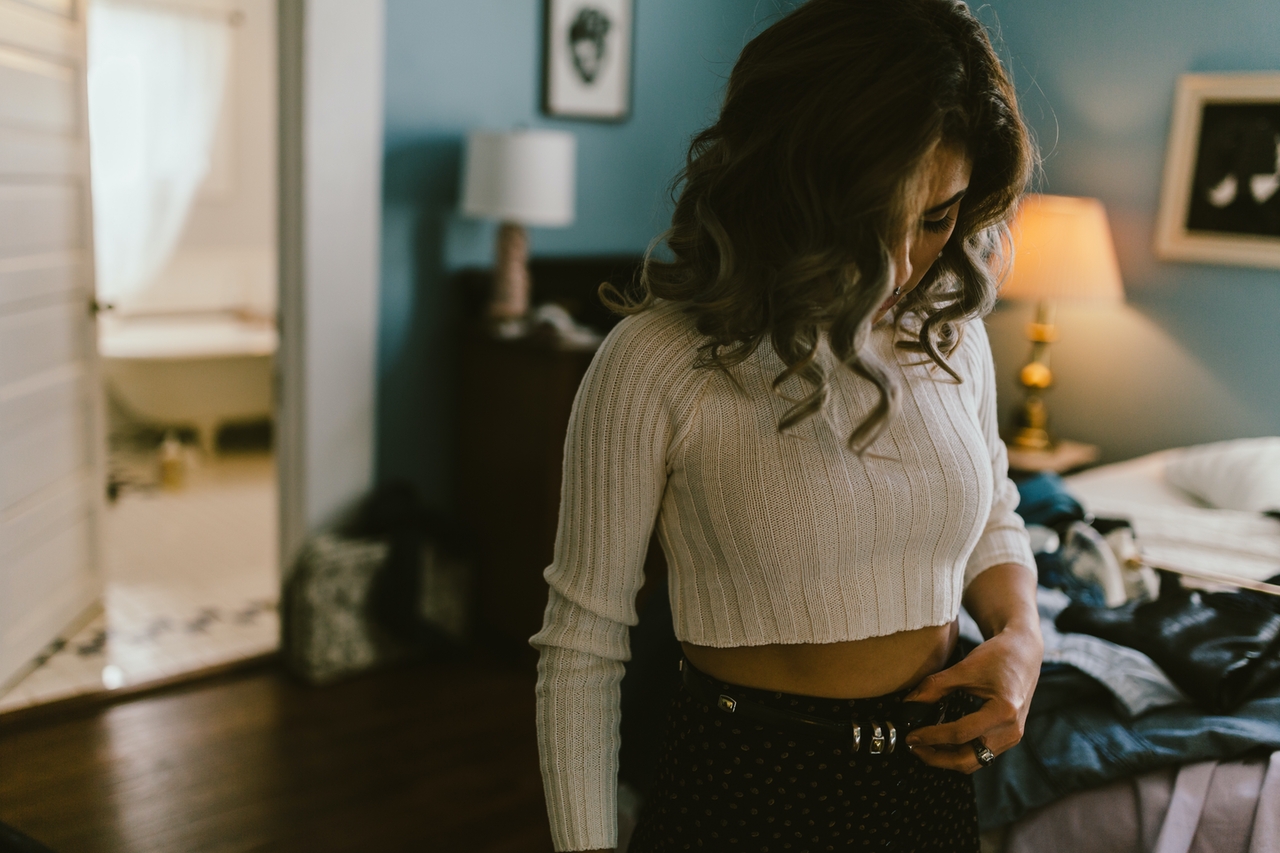 What do you do when when the unitive act of sex becomes... divisive?

I found myself unexpectedly asking this question when I learned that I had undiagnosed primary vaginismus in the weeks following my wedding. Vaginismus is a medical condition where the muscles of the vagina clench and allow nothing to penetrate. Nothing — not tampons, my husband, or even those long, medical q-tips used for pap smears. And not only does vaginismus prevent penetration, but it also causes great, searing pain with any attempt.

Over the last five and a half years, I have struggled to find a path toward healing. Out of ignorance, my husband and I have done many things that made my path longer and more difficult. I now have long-established sexual trauma from not stopping when things became painful. So, I have a message for all of you women out there:

Sex Is Never Supposed to Be Painful.

There, I said it. And I will say it again, because it can never be said often enough. Sex is never supposed to be painful. I only wish someone had thought to tell me this before I got married. So, I’m telling you now:

If sex is painful, stop. Immediately.

Don’t try to push through. Don’t just try and offer it up, or white knuckle through. Don’t expect things to get better on their own. If you don’t know why sex is painful, find a doctor, and tell them about your pain. If they don’t take you seriously, find another doctor. It’s worth it, because not only your well-being but the well-being of your marriage is on the line.

If you don’t know why sex is painful, find a doctor, and tell them about your pain. If they don’t take you seriously, find another doctor. It’s worth it, because not only your well-being but the well-being of your marriage is on the line.

My husband and I have often discussed sharing our story, and we decided that vulnerability is part of our path toward healing. To that end, I would like to share with you his experiences as well as mine, because they are an important part of our story. My vaginismus has been just as much of a cross for him as it has been for me.

Five years ago, we were young, inexperienced virgins on our wedding night, and we couldn’t wait to get married. We had to postpone our wedding for a year, and it was so hard to wait! We were looking forward to finally being one in a physical sense, as we already were in an emotional sense. I had taken classes and attended talks that showed me the beauty of giving myself completely to another, and I was so ready to give myself to my husband. But I couldn’t.

Trying to achieve physical unity proved impossible on our own. My entire world came crashing down, and I felt betrayed by the Church, by my husband, and by my own body. These feelings of betrayal deepened and grew the longer I went without seeking professional medical help. I talked to priests in the confessional, trying to find help, but none of them knew what to say. I felt so very alone.

Was my case really so rare that even priests, who have heard thousands of confessions, had never heard of it?

Was I such an outlier that understanding how Church teaching applies to my situation was something not only I, but priests, couldn’t do?

Why was the blessing from my wedding Mass proving to be a lie? Why was my marriage alone bereft of this “one blessing not forfeited by original sin”?

I confided in friends and sought information on the internet — but found very little, which increased my feeling of being alone in carrying this cross. Gradually, however, by telling friends about my own suffering, I discovered that several women I knew also struggled with vaginismus. One of them had even written about her own story of pain and healing. Unfortunately, I didn’t have $10,000 or two weeks to spend on a special program in New York. By that time, I had somehow conceived and birthed a child. I couldn’t abandon her to take care of my sex life!

But this wasn’t just about my sex life; it was about the life of my marriage.

Two years into our marriage, we hit rock bottom. I had reached the point where I associated all physical affection with pain. I couldn’t bear to be touched by my husband; I visibly cringed if he did so much as place a hand on my arm. And this response, in turn, made him feel unloved, unwanted, and rejected. His primary love language is physical touch. All he desired and needed was to be physically wanted, to be one with me. But I couldn’t. I wanted to want him. I wanted to give him what he needed. But I just couldn’t. Instead, I curled up into a ball of pain and cringed both physically and emotionally whenever I thought of being touched.

I finally sought the help of a professional trauma therapist, which was the turning point. I have done EMDR (eye movement desensitization and reprocessing) to work through my sexual trauma PTSD. I have done pelvic floor physical therapy, used dilators, and done exercises specifically designed to stretch and relax the vaginal muscles. I have spent hours upon hours working through subconscious emotional hang-ups, most of which were a result of the purity culture of my youth. I have researched and studied Church documents, the writings of saints, and secular sex therapy books, trying to make some sense of why vaginismus happened to me. And I have been slowly healing and getting closer to finding a way for sex to be an act of unity, instead of a source of division, in my marriage.

I have been slowly healing and getting closer to finding a way for sex to be an act of unity, instead of a source of division, in my marriage.

As I gradually healed enough to speak publicly about my experiences, I realized just how much I am not alone in bearing this cross. There are so many women out there who also silently suffer from sexual dysfunction or sexual pain. Some are victims of purity culture, some victims of sexual abuse, and some victims of society’s misguided idea that bad sex for women is the same as it is for men.

I think that we owe it to ourselves, and to other women suffering like us, to tell our stories. The journey becomes a bit easier when we know we aren’t travelling it alone. Hopefully, the things we found that worked for us will help another woman avoid years of pain, sorrow, and trauma.

The journey becomes a bit easier when we know we aren’t travelling it alone.

What we really need, though, is a ministry ordered toward helping married women with sexual and intimacy problems.

Why doesn’t the Church tell us directly that the woman’s orgasm is actually necessary for the unity of the conjugal act?

When will we come to understand and prioritize sexual health for married women in ways that aren’t strictly related to fertility?

Teresa Kelly has been teaching junior high and high school students since she graduated from Ave Maria University over nine years ago. Her pastimes include cooking; singing; reading; and researching everything to do with women’s rights, history, and sexuality. She is a mother to two beautiful girls and is determined to make the world a better place for them and her students. 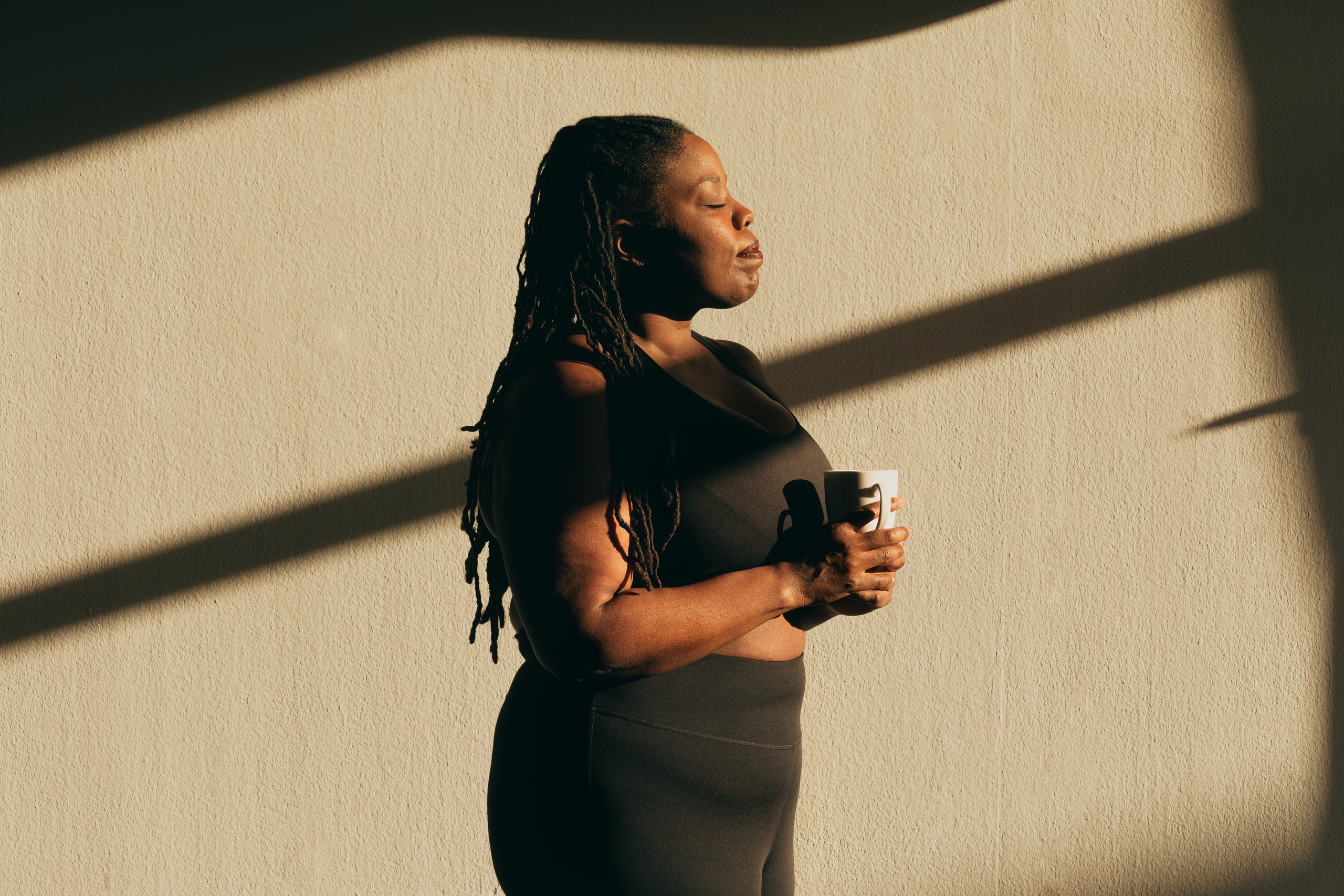 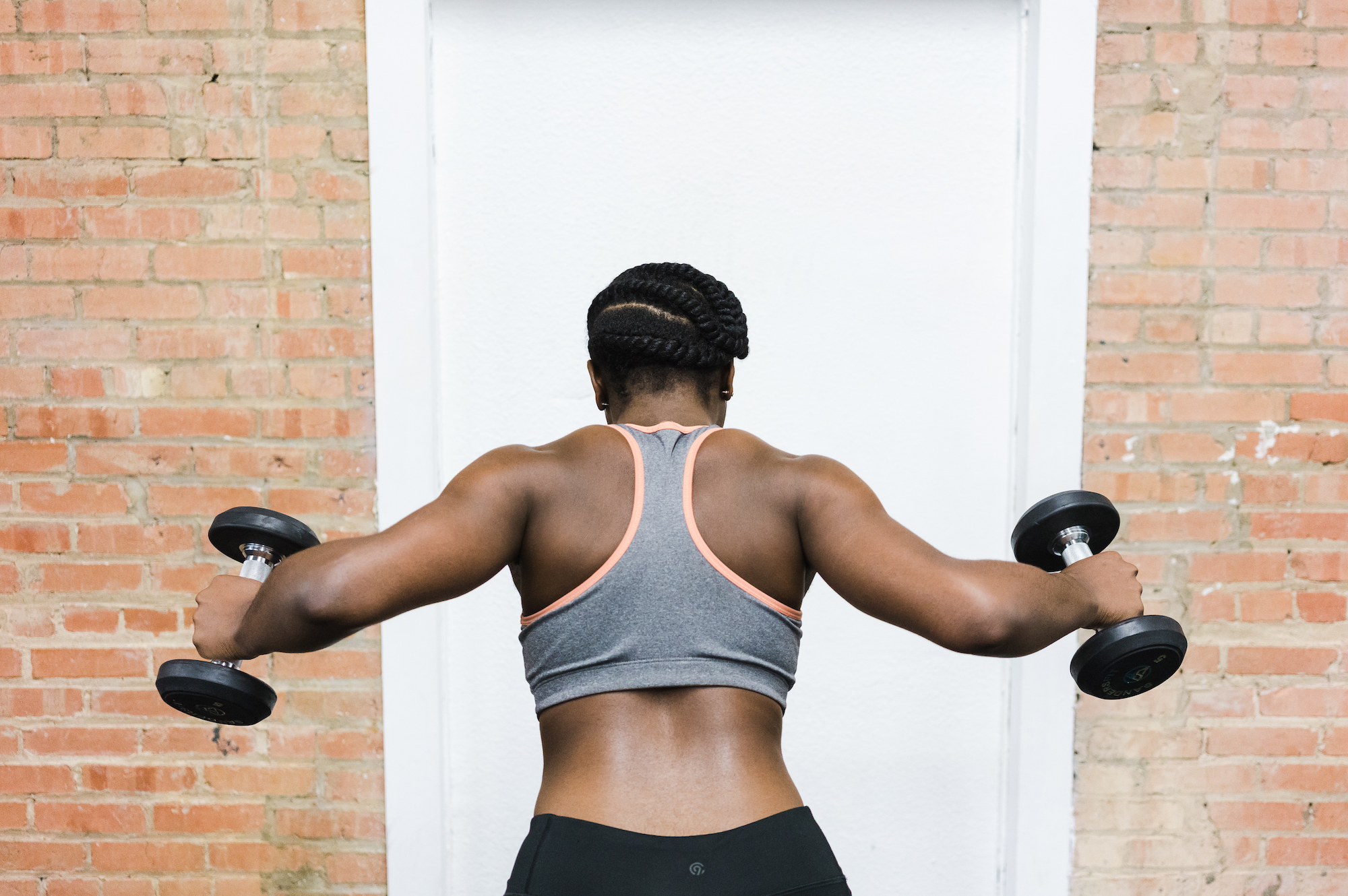 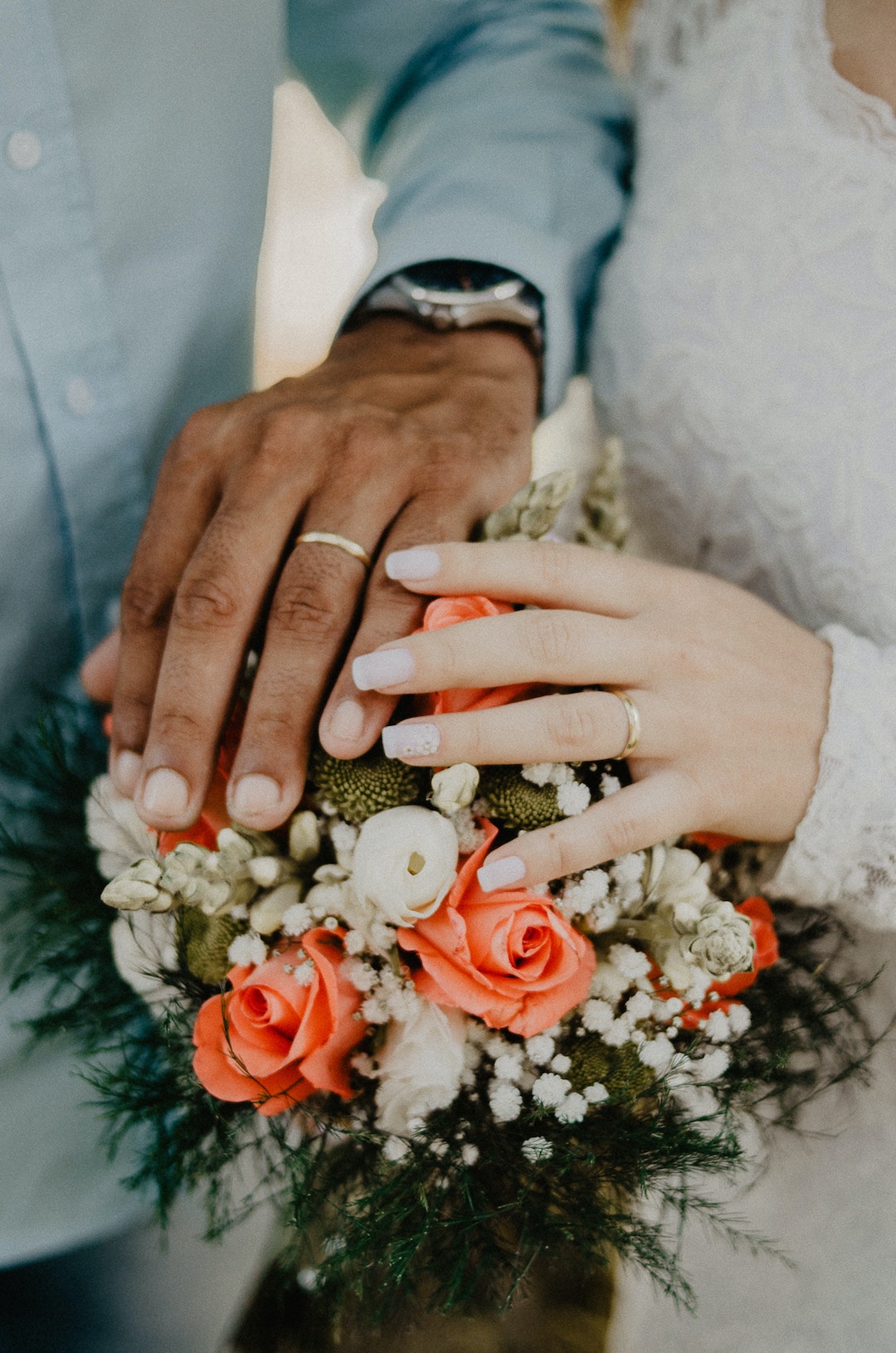 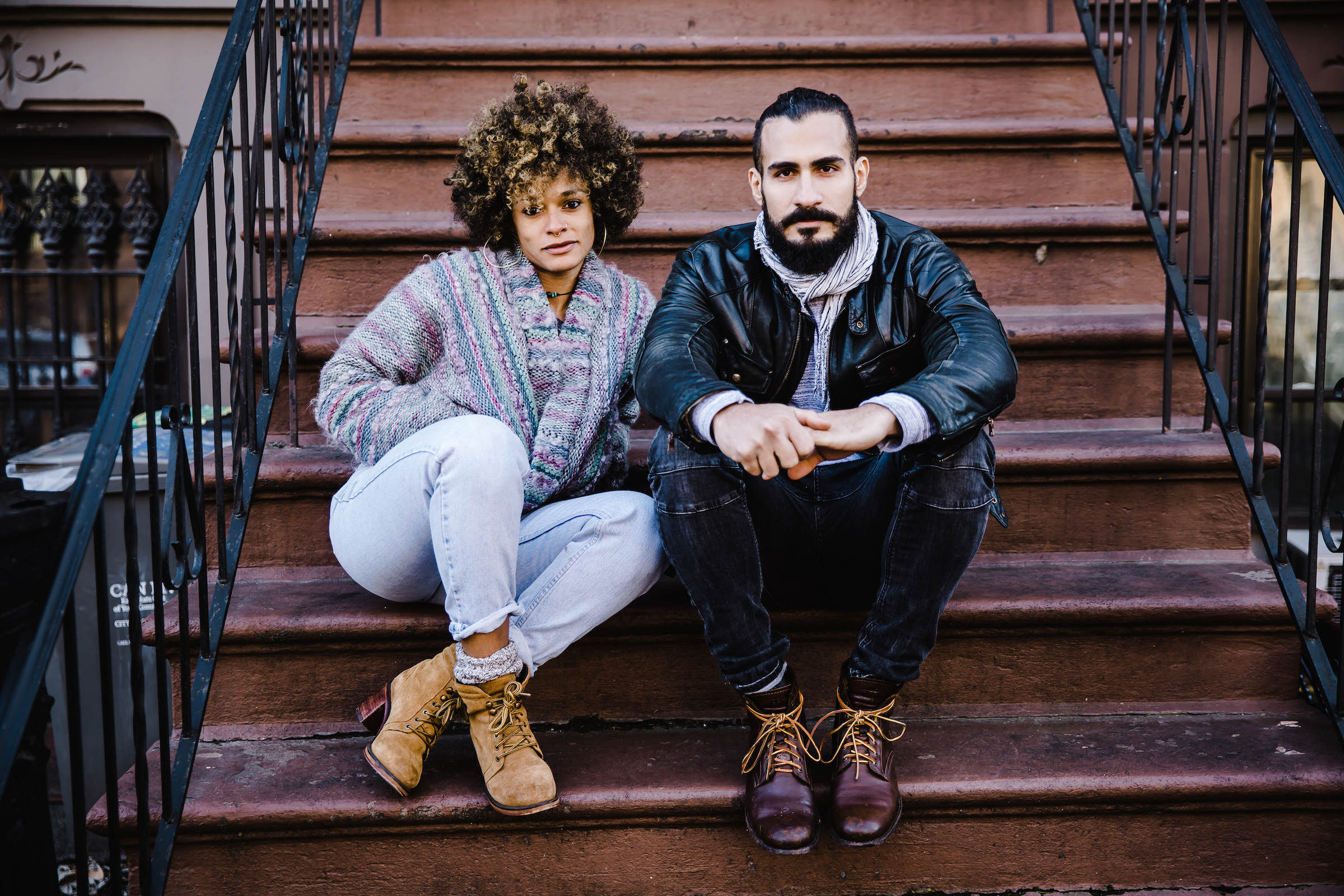 We Need to Talk About Your Pelvic Floor