When You Don’t Want the Life You're Open To 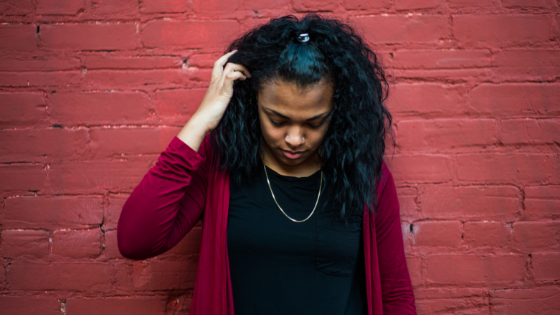 I feel guilty writing this. In fact, I feel guilty about this topic most of the time, especially thinking about my friends who have suffered losses or who experience infertility. It’s always hard to say, but in all honesty, I did not want my first daughter.

Before I was married, I knew that I would practice NFP; I even started working with an instructor before I was engaged. I had full confidence in the method and I thought that my husband and I would be able to avoid pregnancy for a year, as we had planned. Then, when those blue lines appeared three months into marriage, I was devastated. I felt like a failure. I felt like everything that had been thrown at me about NFP was a lie. Maybe others were right; maybe this method was unreliable and maybe everything I learned didn’t stand up to the test of actually living it.

You see, I’m a theologian. Both of my degrees are in theology and marriage, with sexuality and family studies being my area of focus. My mind knew what sex is for. I understood the concept of being open to life (or thought I did). I bought into the promises and benefits of NFP. However, my theoretical knowledge hit a wall when it had to be lived out, and especially when it didn’t live up to how I had viewed NFP as a way to live out my plan.

[M]y theoretical knowledge hit a wall when . . . it didn’t live up to how I had viewed NFP as a way to live out my plan.

I felt so unprepared for that pregnancy test. Looking at the results, it seemed like my life was bulldozed in front of me. Even though the thought never actually crossed my mind, I began to sympathize with the fear and anger that could lead someone to an abortion. For months, I prayed and hoped that it would just go away. My first appointment was eleven weeks into my pregnancy, so there was a lot of waiting to tell people and sitting alone with my disappointment, failure, embarrassment, and rage.

As much as I was unprepared for motherhood, as much as we were in no way financially ready to bring another person into our household, as much as I was upset that my confidence in a method I was so proficient at was shattered, in the end, what most got to me was the fear of “I told you so.” I knew what my family and friends would think. I felt ashamed of following the Church’s teachings because of a fear of ridicule and pressure to do things differently after this pregnancy. The rubber hit the road on what Jesus meant when He said that His path was not an easy one and that those who ridiculed Him would ridicule me. I already felt like an outsider in my family for following the Church rather than the world, and this would be a lasting, visible reminder of that.

We finally made it to our first appointment, including our first ultrasound and first time hearing our daughter's heartbeat. Everything that I had held in couldn’t hold up to that picture and that sound. This is what we mean by being open to life: open to this gift, this person, that God deemed necessary for me, my family, and the world. Being open to life had nothing to do with me and everything to do with her. It’s a continuation of the self-gift that we’re called to in marriage. It’s about being open to this other person and making room for her to come into the place that God prepared for her. It’s about molding my life to others, rather than focusing on the plan that I created. This realization opened up my heart to this next step of life, but it also brought a lot of guilt that sometimes still flares up today.

At the time we were navigating that pregnancy and our plan for sharing the news, my grandfather, the patriarch of my tight-knit family, was dying. We were in and out of the hospital every day. There was a sadness clouding over us all. Sharing the news with my family and shining light in the darkness solidified this realization about the gift of life. My family was and continues to be incredibly supportive, though I know the silent judgment is still there (three kids and four years later).

We planned our second child to be close to our first. Eighteen months after our second, however, our third child came unexpectedly and didn’t make sense based on the chart. Once again, I was angry about the surprise, especially because we were in no way financially or mentally ready to take care of a third child (we still aren’t). The anger wasn’t as crushing this time, though. It wasn’t the plan, but I was so accustomed to not having a plan go as I wanted that it was much easier to roll with it, turn to God, and recognize that this is His desire for us, for some reason we don’t know.

I tell this story because I think it’s an important one. We try so hard as a Church to make NFP appealing, to bring more people to it, and to spread this message about love and openness to life - and we should do all of this. At the same time, we sometimes present this path through rose-colored glasses. We can become so desperate to show why NFP is effective, healthy, and good, that we fail to discuss how it can also be hard, disappointing, and burdensome. I’m not saying that we should view it with a pessimistic lens; rather, I’m saying that it’s time to look at it realistically. We should remind ourselves and tell others that attempts to avoid pregnancy might fail, the method you originally chose and had confidence in may not be the best for your cycle, and the “planning” part of the name does not imply control.

We also need to create spaces to talk about our anger, disappointment, shame, guilt, and whatever else comes in those moments when the plan is out of our hands. It wasn’t until over a year later, pregnant with my second child, that I was able to navigate those feelings with my spiritual director. It still feels like something that I shouldn’t bring up with other women because it comes off as ungrateful. I recognize the gift that it is to have children and the devastating struggle that it is to face infertility. At the same time,  there should be room at the table to support women in both situations. We already live in such an isolating, individualistic society and we shouldn’t have to navigate these feelings and situations alone.

Our first daughter is now four years old and the last four years would have been far less joyful without her. She’s sweet, generous, and hilarious. She’s an amazing big sister and loves to read, get muddy, and play princess. She’s a light in our lives. I was called to not just be open to life, but to be open to her life. The concept of being “open to life” can seem so abstract. “Sure we’ll take the kids God gives us *shoulder shrug*.” What it should mean is being open to a unique life that comes, planned or not, with his or her own personality, interests, and vocation.