Protests erupted in Iran last September when 22-year-old Mahsa Amini, a member of the country’s Kurdish minority, died in custody after being arrested by the country's morality police for not wearing her hijab correctly and for wearing skinny jeans. These protests have been led by women, who in many cases have been bravely refusing to wear their own hijabs, or even burning them.

Two and a half months later, these protests continue, and Iran’s government has violently cracked down on them, with more than 450 people killed by security forces according to the activist news agency HRANA. The Iranian court recently sentenced one protester to death, and there are widespread fears that more of the 18,000 protesters who have been detained will face the same fate.

The recent protests are the culmination of a decades-long struggle for women’s rights in Iran. After a 1979 revolution overthrew the country’s dictator, the Islamic Republic was formed based upon Islamic law, with clerics serving as heads of state. They began to require women to wear the Hijab in public in 1983.

The recent events in Iran are particularly egregious, and Iranian women undoubtedly deserve our prayers, support, and advocacy. But even before these past few months, the head covering of Muslim women has been extremely politicized on a global level. Various European countries have instituted laws (some of which have since been repealed) that mandate the opposite extreme by banning the wearing burqas (which cover the face) or headscarves in public. In the United States, women have the freedom to dress as they choose, but women who do choose to wear head coverings often face discrimination.

I would like to propose four reasons why Catholic women should stand in solidarity with Muslim women, even when they are no longer at the center of our news cycle.

1. The taking of human life is unacceptable.

This first reason is perhaps the most obvious: Both Catholicism and Islam maintain that all human beings are created by God, with inherent dignity, and any time that a life is lost is tragic and unacceptable. As Zailan Moris quotes in “Beyond the Veil: The Sufi View of Women and Femininity,” according to Islamic sacred tradition (hadīth qudsī), “I [God] was a Hidden Treasure and I desired to be known, therefore I created creation so that I might be known.” Similarly, Genesis 1:27 tells us, “God created mankind in his image; in the image of God he created them; male and female he created them.” (emphasis added)

Both of these traditions hold that all of creation (including women, which unfortunately needs to be clarified) reflects God’s nature. To lose any one part of creation is to lose a portion of the revelation of God, and as a result of the events in Iran, we have lost more than 300 unique images of God to violence – with more likely to come. Violence against women (and those supporting women) needs to stop.

“With astonishment and concern we are witnessing today a dramatic increase in all kinds of violence. Not just individuals but whole groups seem to have lost any sense of respect for human life. Women and even children are unfortunately among the most frequent victims of this blind violence. We are speaking of outrageous and barbaric behaviour which is deeply abhorrent to the human conscience.

“We are all called upon to do everything possible to banish from society not only the tragedy of war but also every violation of human rights… I urge everyone to help women who are suffering.”

2. Catholic women know what it’s like to face unfair stereotypes because of our faith.

With the situation in Iran prevalent in our minds, at this moment the hijab has understandably become associated with oppression and violence. Even before this, it has been a common stereotype of Muslim women in the Western world that they are, as Moris explains, “completely defined by their function and role in the family as daughters, wives, and mothers in a patriarchal social structure that does not allow for individual development apart from and independent of these gender-based roles.” This is what has led to so many European countries wanting to restrict women from wearing head coverings: They view it as a regressive step for women.

But Muslin women cite many different reasons for wearing the hijab, and especially in the Western world, it is generally done as a free choice (according to a 2017 PEW Research survey, only 4 in 10 Muslim women in the US wear them at all). It is usually worn as a form of modesty, allowing women to avoid revealing the fullness of their beauty to any men other than their husband (or close relatives).

When interviewed by Allure in 2020, Habiba Da Silva said, “Some people assume that a woman in hijab is chained to her home, probably slaving after her husband, but they don't realize that we are businesswomen, we are surgeons, mathematicians, mayors. We are powerful, and the hijab doesn't deter us from reaching our dreams or goals.” Da Silva continued, “As difficult as it can be for people who are unaccustomed to the concept of the hijab to understand, it makes me feel so empowered and gives me agency. I have control over who can see special parts of me.”

Catholic women also face stereotypes that arise from a failure to account for a nuanced understanding of our faith. We adopt counter-cultural customs that are often labeled as regressive or anti-feminist, but that we experience as empowering in our own lives. These customs are generally less visible than wearing the hijab, although some Catholic women choose to dress more modestly or to wear a veil during Mass. Because of our beliefs, we choose to wait until marriage to have sex, and we often find it empowering to know that we do not have to have sex with every man who expects it. We choose to avoid hormonal birth control and chart our cycles to avoid pregnancy, and we find it empowering to learn more about our own bodies.

There are challenges that come with these choices, and no two women experience them in the same way, but many Catholic women I have spoken to over the years (myself included) find them to be overall empowering practices, rather than the oppressive customs they are often made out to be. So when we see a Muslim woman who has chosen to wear a head covering, we should cheer her on for adopting a practice that she feels empowers her and brings her closer to God.

3. Catholic women also know that bad interpretation of theology can be harmful to women.

Being a Catholic woman means living in the tension of embracing the ways that our beliefs empower us as women, while not being afraid to speak up when the religious practices around us fail to acknowledge our equal dignity. Sometimes there is a fine line between these things. For many Christian women in the millennial generation, purity culture is a prime example.

Too many of us grew up listening to “women’s talks” that told us that we were stumbling blocks for men, and it was our fault if they felt lust toward us. Or we were told that if we had sex before marriage, we were irrevocably harmed, like a crumpled flower. Often, at some point in these talks, we were told exactly what sort of clothing was sinful to wear – perhaps tank tops, yoga pants, or shorts and skirts that are above the knee. At their worst, these practices led to victim blaming women who were sexually assaulted.

Men were not given similar guidelines, so this form of shame and objectification was uniquely targeted towards women. As Linda Kay Klein wrote in her book Pure, “the implication that my friends and I were nothing more than things over which men and boys could trip was not lost on me.”

Women exposed to this interpretation of theology know what it is like to face pressures to conform to others’ standards of modesty, rather than to strive for the standards they set for themselves through prayerful consideration. We know that the choice not to wear a bikini because of a preference to save parts of our body for serious partners is different than feeling forced to do so because of something a priest or youth minister told us that made us feel ashamed of our bodies.

The stakes are not as high for those of us living in the United States because we generally have the freedom to choose whether or not to engage in religious practices, and we will not be arrested – or worse, killed – for our choice of dress. But we know that different people interpret our own Christian values of modesty in different ways, and we can imagine what it might be like if one of those interpretations was legally imposed upon everyone.

4. We each have a conscience and the free will to follow it.

Catholics believe that all people have “the right to act in conscience and in freedom so as personally to make moral decisions,” and that they should not be forced to do anything that goes against their conscience. While we have a responsibility to seek out what is true and good in order to form that conscience, it is ultimately up to each individual to decide what they believe God is asking them to do. Accordingly, women have a right to determine for themselves which religious practices respect their God-given dignity and which are harmful. Whether a woman chooses to cover more of her body or not should remain her choice, informed by her well-formed conscience.

Ultimately, this is what the women in Iran are fighting for: the right to decide for themselves how to act upon their faith, or whether to practice it at all.

As Catholic women who live in the tension of sometimes loving our Church and sometimes wishing those within it would better respect our dignity, we ought to stand in solidarity with Muslim women who desire the right to speak and act according to their conscience, whether that means fighting against an oppressive regime for their right not to wear a hijab, or fighting against discrimination in our own country for their right to safely wear one. 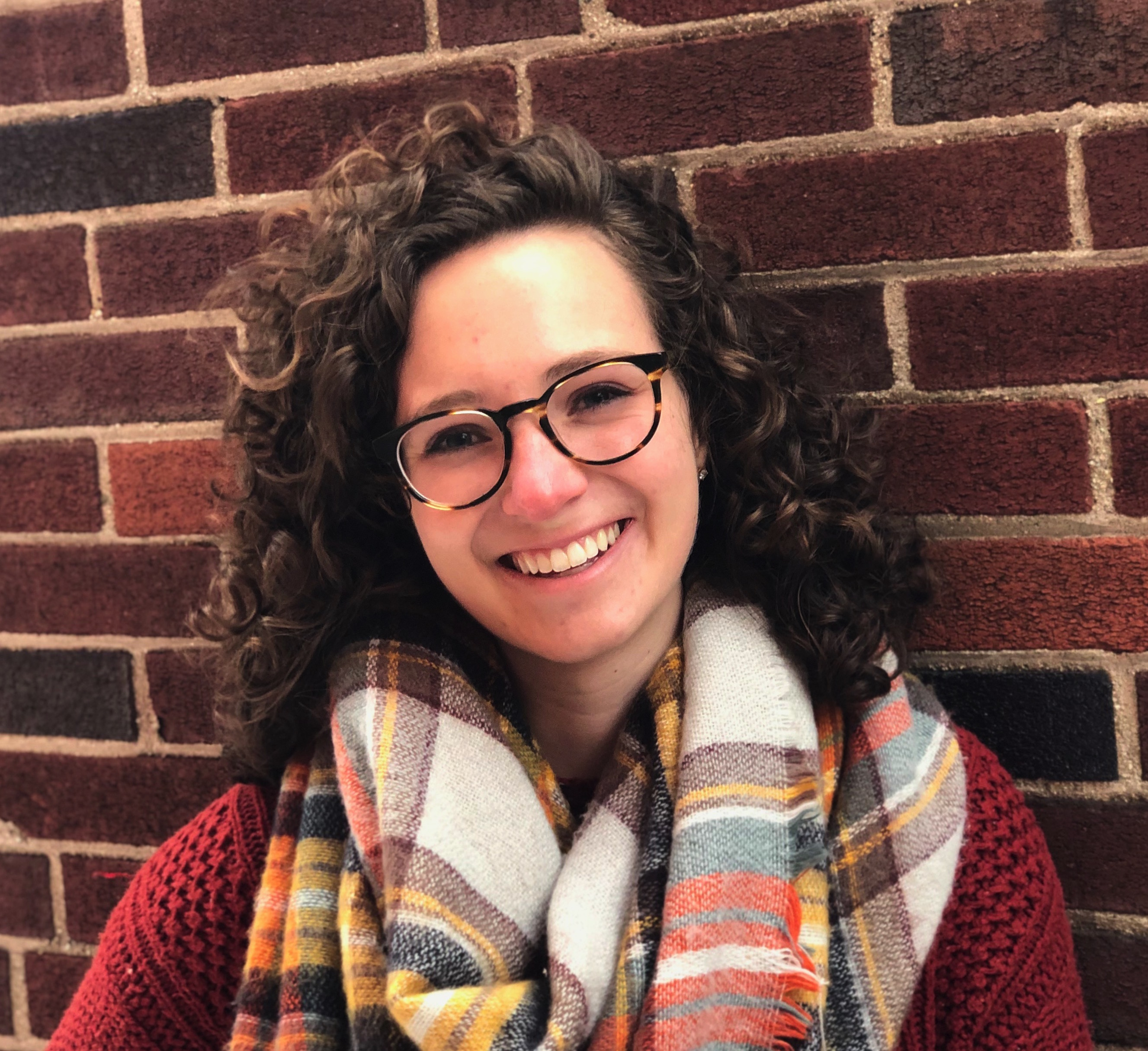 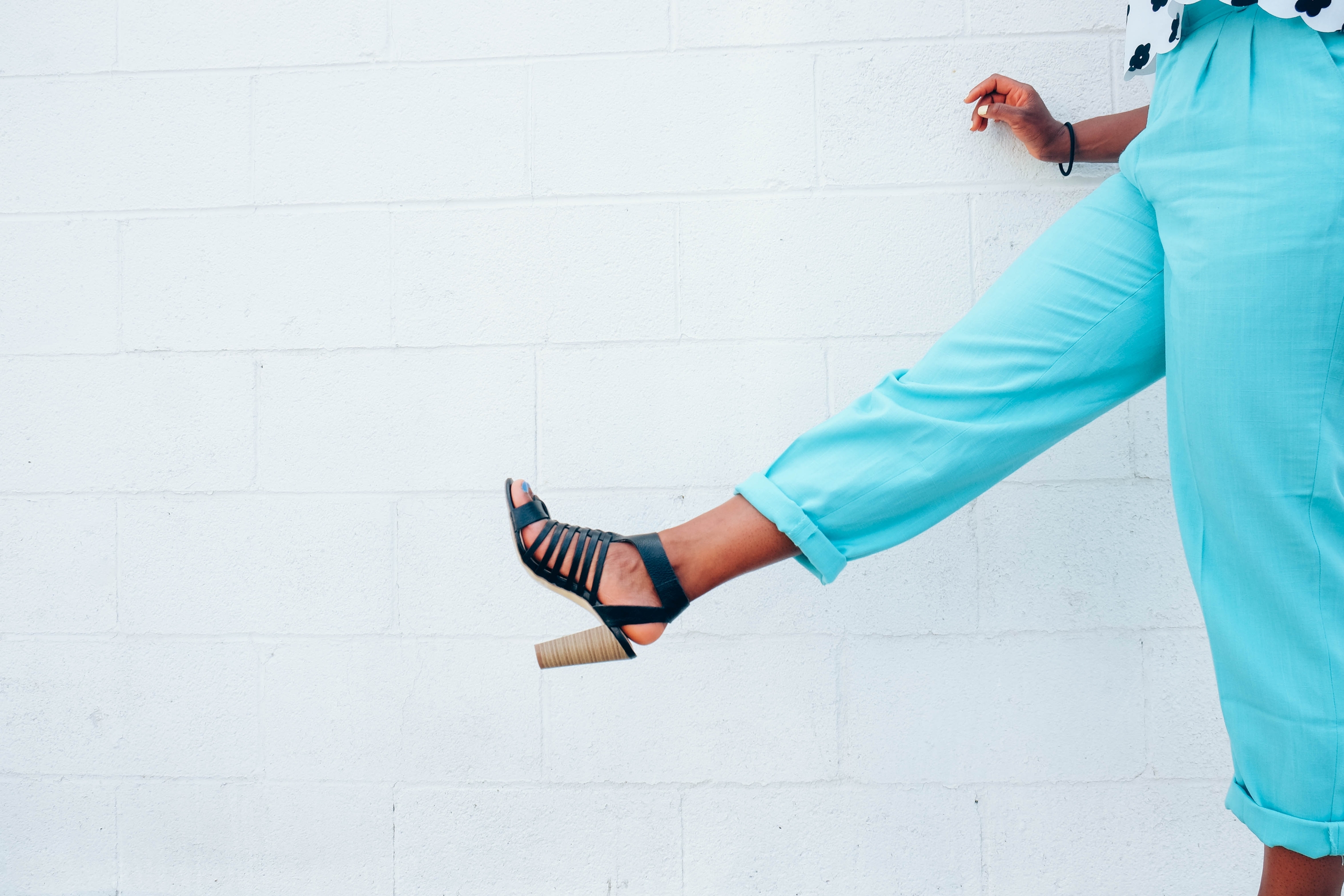 Here's Why Modesty Is About More than Clothing 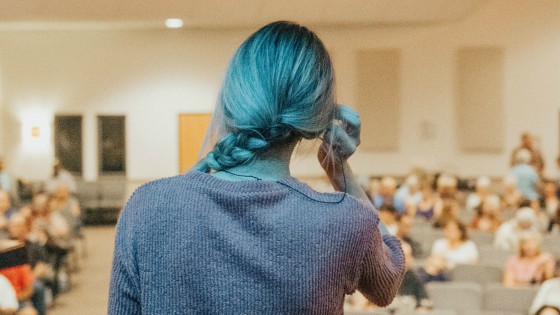 6 Things I Needed to Hear in “Women’s Session” Talks 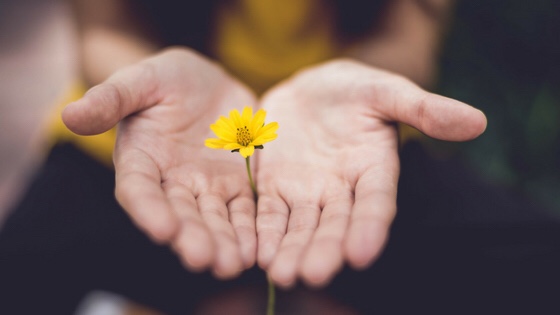