Why Surrogacy Is a Social Justice Issue
Monday, April 13, 2020
Body

Why Surrogacy Is a Social Justice Issue 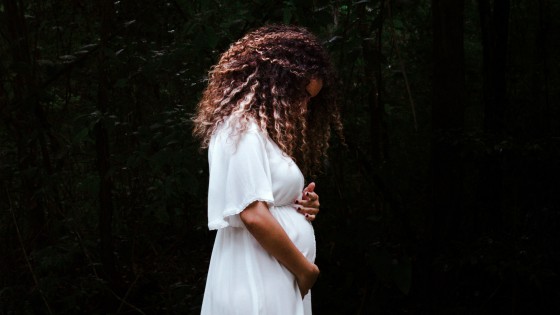 In a tragic turn of events, the state of New York has recently legalized commercial surrogacy. While its citizens find themselves preoccupied with a state-wide shutdown, shouldering the lion’s share of the U.S. coronavirus burden, New York’s legislators have taken it upon themselves to pass the widely-battled legislation that feminists argue is harmful to women, children, and families.

Catholics, especially those who have struggled with infertility, might have some familiarity with the Church’s teachings on artificial reproduction. The Church’s official teaching on this subject is largely contained in Donum Vitae, the 1987 document meant to instruct the faithful on contemporary bioethical issues. The text explains the inherent moral problems of alternate methods of conception like in-vitro fertilization (IVF), as well as the moral shortcomings of practices like embryonic research and gestational surrogacy.

While the cautions from the Church are certainly valid, another compelling argument against these practices is the direct harm they pose for women and children. In the past few decades, more practical problems with surrogacy have begun to surface, including horror stories of implantation errors, custody battles, and disputes over who has the right to terminate the pregnancy. The practice of commercial surrogacy is legal (or at least, not explicitly prohibited) in every state except for Louisiana and Michigan, despite its concrete risks, harmful effects, and affront to human dignity.

Surrogacy poses undue health risks to gestational mothers. The film Breeders: A Subclass of Women tells the story of several surrogates, detailing health risks beyond those of normal pregnancy. Surrogates face higher rates of life-threatening complications like preeclampsia, and their children face higher risks of stillbirth, low birth weight, and long-term psychological difficulties. To date, no longitudinal studies have been conducted to investigate the long-term welfare of surrogates, but, anecdotally, these women report high incidences of reproductive cancers, among other complications. Risks of donor egg-harvesting include ovarian hyperstimulation syndrome (OHSS), loss of fertility, ovarian torsion, stroke, kidney disease, premature menopause, ovarian cysts, and, in rare cases, death. Even when women are willing to serve as surrogates, it is unjust to ask that one class of women face such serious risks to fulfill others’ desires.

Even when women are willing to serve as surrogates, it is unjust to ask that one class of women face such serious risks to fulfill others’ desires.

The costs of surrogacy are astronomical, ranging from $100,000 to $150,000, placing the practice out of reach for all but the most wealthy of potential parents. Surrogates, by contrast, are almost always economically disadvantaged in some way. Certainly, they are less well-off than the clients for whom they offer their bodies day and night for months on end. The financial compensation for surrogacy is often upward of $25,000. Additionally, while the birth mother’s rights are stringently protected in adoption, there are virtually no legal protections for surrogates, whose involvement is governed by a financial contract more akin to the purchase of goods than the adoption of a child.

Surrogates often have no say over their own bodies and have been forced to terminate pregnancies. They have also been left in the lurch financially and otherwise when the intended parents decided to abandon the contract for reasons ranging from financial to personal (such as divorce) to dissatisfaction with the baby in utero. As the Center for Bioethics and Culture points out, surrogacy reduces “pregnancy to a service and a baby to a product.”

Surrogates often have no say over their own bodies.

Many potential clients contract surrogates across country lines in order to access services that are prohibited in their home countries. Feminists have raised concerns that surrogacy laws like New York’s, with no residency requirement, promote human trafficking. Potential parents and surrogates can relocate to the state to obtain a child for virtually any reason; the financial surrogacy contract provides none of the protections afforded to children through the regulations that apply to adoptions.

Access to surrogacy is sometimes touted as a human rights issue, particularly within the LGBTQ commmunity. This notion is mistaken. There can be no human right to procreate, because no human being has rights over the existence of another human being. Children are gifts, not commodities. The desire to parent does not come with a corresponding right to obtain a child. We recognize the limits of parental rights through laws designed to protect children from abuse and other such tragedies. Attaching a “rights” framework to parenthood essentially means that individuals have the right to obtain a child. Children cannot be procured like products on a shelf, nor can we impose the duty on doctors and other women to provide us with what we are unable to obtain for ourselves. Children are, and must remain, gifts whose existence cannot be relegated to the realm of medical or commercial industries.

Children are, and must remain, gifts whose existence cannot be relegated to the realm of medical or commercial industries.

As Catholics who believe so firmly in the beauty and value of children, it can be hard to see why we should oppose a practice that could potentially resolve the deep pain of infertility. And yet, we have to consider the effects of our actions on the women who offer their bodies to surrogacy. We must ask about the societal ramifications of the practice and whether it promotes the common good and flourishing of all individuals. When we survey the costs of surrogacy, it is clear that we cannot promote this practice. We must oppose it for the sake of the vulnerable women and children at whose expense the desires of the privileged are fulfilled.

To further explore this topic and the situation in New York,, we recommend listening to this podcast interview with Tania Bien-Aime, executive director of the Coalition Against Trafficking in Women.Ready to take action? Click here to sign the #StopSurrogacyNow petition.