Women on the Battlefield of Mercy: You, Me, and Wonder Woman
Sunday, October 29, 2017

Women on the Battlefield of Mercy: You, Me, and Wonder Woman 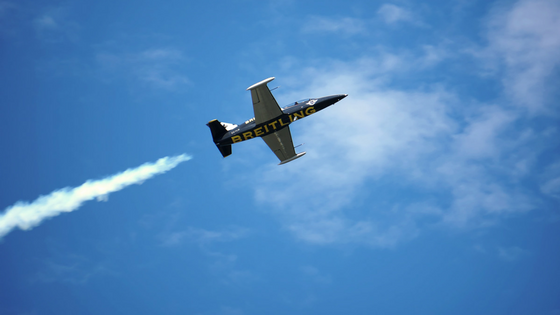 As I read the news about the shooting in Las Vegas I was completely stunned and overwhelmed. My heart ached for the families that had lost loved ones, for individuals who could have had no idea their earthly lives would end that night. I felt outrage that justice could not be enacted and that we may never know what motivation was behind such an act of violence.

Two weeks later I scrolled through my newsfeed shocked and heartbroken by countless #metoo posts. I came face to face with the acute reminder that acts of violence, and the deep pain and suffering that follow, are daily affecting people I know and love.

In the midst of the now seemingly constant barrage of news about acts of violence it is all too easy to be completely overcome with emotion. We can hardly know what to think or even feel: outrage, anger, sadness, fear, pity, confusion, heartbreak. Even more overwhelming is the piercing desire to do or say something to make the madness stop, to keep one more innocent life from being lost, another family from being broken. What can be done in the face of such hatred and destruction? How do you and I, as women throughout the world, respond and make the change we so desperately long to make in the world? These questions are weighing on many of our hearts, so it’s no surprise how many people resonated with a character on screen asking these same things.

How do you and I, as women throughout the world, respond and make the change we so desperately long to make in the world?

I was a little behind when it came to the hype about the new Wonder Woman movie, I just watched it last month when it was released on DVD, but I couldn't have seen it at a more fitting time. So many themes resonated deeply with me and I was reminded of a quote from Helen Alvaré: “Women are on the front lines of the Battlefield of Mercy.” Our world today is that battlefield, and Helen’s words are a call to take our place on the front line with our sisters.

The more I learn about mercy the more I see it woven throughout the plot of Wonder Woman and manifested in the character of Diana.

In Wonder Woman, one of the most moving scenes for me was when Diana and her human counterpart, Steve, are walking through the trenches bordering no man’s land, where there has been a stalemate for nearly a year. A woman, dressed in rags and clutching her child, tugs on Diana’s cloak, begging her to help save her village on the other side of the field. Diana is immediately moved to take action and promises to help. Steve, focused on the mission at hand, says that there is nothing they can do. “So what…we do nothing,” Diana asks incredulously. Steve insists, “No, we are doing something! We are! We just... we can't save everyone in this war. This is not what we came here to do.”  Diana replies with resolve, “No. But it’s what I am going to do.” Encountering the person in front of her, Diana sees a need and immediately steps out of herself and her ultimate mission (ending the war) to meet that need head on with courage and intentionality. We too must push past ideas and lofty goals, see the human needs at the core of the issue and step up courageously to meet them.

Mercy urges us to go beyond examining and discussing evil and its effects, beyond reading and retweeting horrifying news, to take action. We are first called to be transformed in a spirit of love for our neighbor. This transformation is not a one-and-done deal, but a whole lifestyle, a continuous process within our Christian vocation. How can we cultivate the necessary integration between heart and mind that will allow us to use our empathetic response to the suffering of others as a catalyst for taking action?

Mercy urges us to go beyond examining and discussing evil and its effects, beyond reading and retweeting horrifying news, to take action.

We can practice being aware of, acknowledging, and acting on the needs and suffering of the people we encounter daily within our vocation.  As a mom, the people I interact with the most happen to be four years old, two years old, and five months old; needless to say, most of their needs and struggles are comparatively small. But by daily being aware of their needs, acknowledging and validating their suffering, and acting to comfort and help them, I am developing a habit of acting quickly and with love whenever I encounter need, pain, or suffering. Whatever your vocation, whether you most often interact with co-workers, your spouse or significant other, residents, or customers, you can practice awareness, empathy, and action. Never underestimate the power of acknowledging and empathizing with the suffering of others people need to be seen, they need to be heard. We need to develop this daily practice if we are going to be able to take action when faced with grave need and suffering.

In the encyclical letter Dives in Misericordia, John Paul II writes that mercy is intimately connected with human dignity; a genuine act of mercy will allow the person receiving it to feel “restored to value.” Disregard for the dignity of the human person is at the root of all acts of violence. What could be a more pertinent virtue to practice in a world where offenses against human dignity surround us, where so many do not know their value as human persons? Not only is restoring human dignity a key component of mercy, it is also an essential work of women. As persons gifted with a particular sensitivity to the needs of others and a special capacity for affirming and nurturing the life and dignity of individuals, we women are called to take on this task of restoring value by practicing and being witnesses of mercy.

It’s not surprising then, that mercy and the restoration of human dignity is at the center of Diana’s mission. She is shocked and appalled by the way men are treating one another in the war, and yet she pushes past the violence and sees their humanity, their inherent dignity that makes them worth saving, regardless of their behavior. In one of the final scenes she is being egged on by Ares, the god of war, to destroy a character who is responsible for the horrific deaths of thousands of innocent people: “Look at this world…mankind did this, not me…they are ugly, filled with hatred, weak, pathetic! Look at her and tell me I’m wrong. She is the perfect example of these humans- unworthy of your sympathy in every way. Destroy her Diana, you know that she deserves it, they all do…. they do not deserve your protection.” Diana, however, reflects on the pivotal act of self sacrificing love performed by another character and declares, “You’re wrong about them. They are everything you say and so much more…It’s not about deserve, it’s about what you believe. And I believe in love.” Love is what makes mercy possible. It enables us to reach out to another and restore a feeling of value, despite those qualities that make us all seem unlovable or unworthy.

Love is what makes mercy possible.

John Paul II beautifully states that mercy is revealed as “an especially creative proof of the love which does not allow itself to be ‘conquered by evil,’ but overcomes ‘evil with good.’ The genuine face of mercy has to be ever revealed anew.” We must boldly overcome the evil in this world by embracing and declaring what is good. Sisters, may you and I become faces of mercy for others and proclaim along with Diana, “Only love can save this world. So I stay. I fight, and I give... for the world I know can be. This is my mission, now. Forever.”