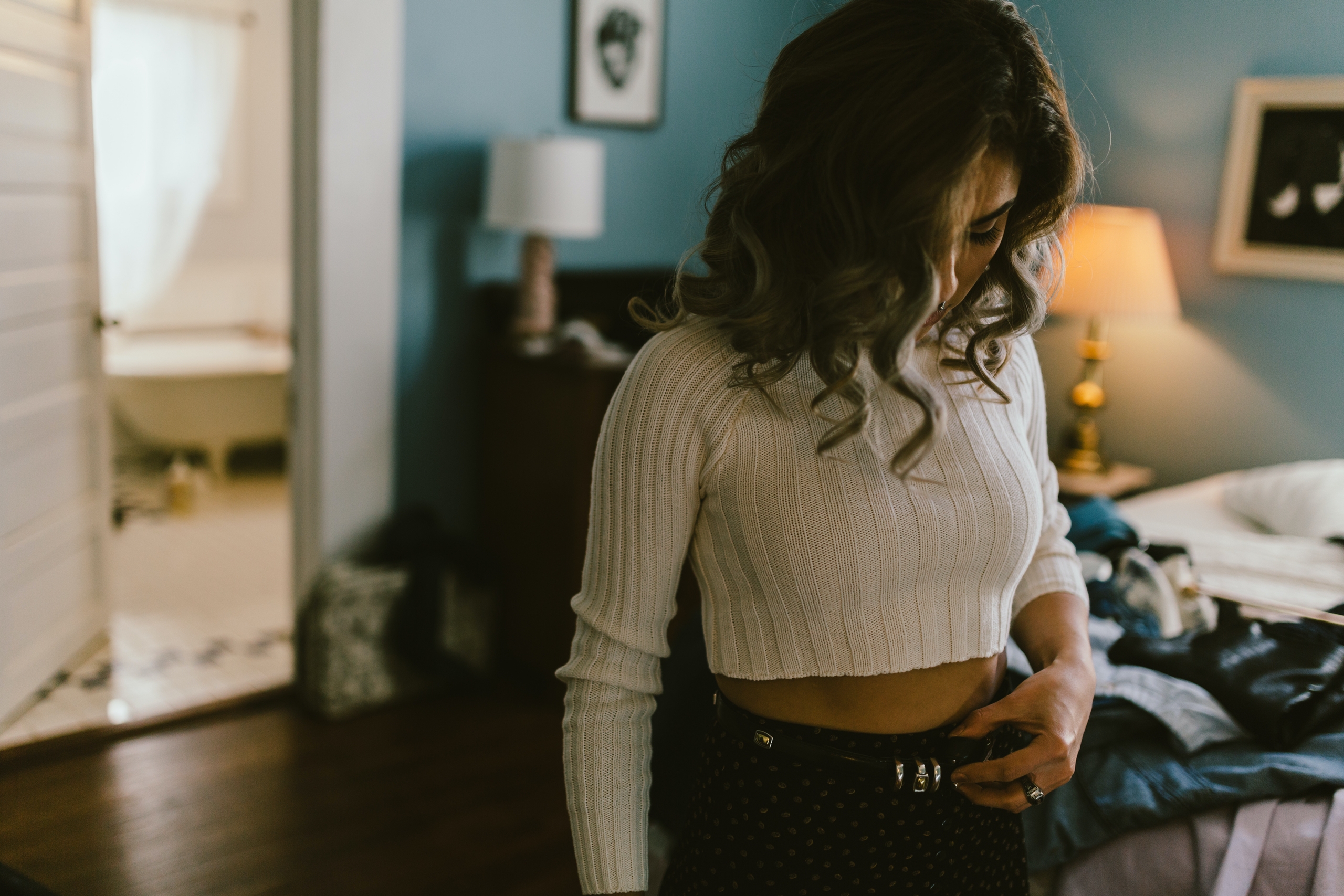 This past summer, the Norwegian women’s beach handball team was fined when they refused to compete in the regulation bikini-bottom uniform and, instead, chose to compete in the clothes they wear for training. Their shorts were “too long.”

Meanwhile, British Paralympian Olivia Breen faced criticism for wearing shorts that were deemed “too revealing.” Her shorts were “too short.”

What’s a woman to do?

While most of us may not be professional athletes, we do encounter dress codes on a regular basis - and I’d bet that we encounter conversations about women’s dress even more often.

But something key is missing from our discussions about dress codes: Context.

Take, for example, swimsuits. Imagine a generic women’s one-piece swimsuit and generic men’s swim trunks. If a woman and man wore these to the beach, no one would look twice. If, however, they wore the same outfits to Mass, they would attract more than a few looks as they walk to their pew.

We have the same two people wearing the same outfits, so what’s the difference? Context.

Working in a corporate office, swimming, attending Mass, and going to a wedding all come with a certain standard of dress based on what we’re doing and where we are (including local customs). Our choice of clothing is a way to communicate something to others and standards of dress can, in turn, communicate something to us about where we are. Clothing is meaningful and should be treated as such.

However, a problem arises when we place undue focus and burden on women for upholding standards of dress - especially because they should apply to both women and men. When we do this, we send the message that dress codes are primarily about women’s bodies and the extent to which they should be (un)covered. We forget that dress codes are about where we are.

So, what makes up the context that should inform dress standards? In the workplace, a company can use dress standards to communicate what kind of image it wants to convey, whether their professional atmosphere is formal or informal, and the kind of impression they hope to leave on clients. In athletics, dress standards should focus on athletic performance by calling for practical clothing that allows an athlete to compete at her best. When attending an event, dress standards tell us what level of formality is expected so that we don’t stand out in a way that’s distracting, while still allowing for creative expression and personal style. Furthermore, context should take into account cultural norms, both from local customs and from cultures that individual persons may come from - recognizing that expectations about clothing, hair, and grooming should allow for some variance when they’re applied to a diverse population.

If we focus on context when developing and discussing dress codes, we can chip away at the unfair burden that women in general - and women of color especially - bear when dress codes are enforced. After all, dress codes are more about context than an individual’s body.

The Church has wisdom to share on this subject, too. Following an appropriate dress code is a way to practice humility by seeing ourselves as we really are and choosing to follow a reasonable guideline. For example, if you’re the Vice President of Marketing for your company, humility would compel you to dress well, professionally, and in a way that honors the authority given to you in your role.

Even the dreaded “m” word - modesty - is most fully understood by the Church as an interior disposition that leads us to not draw excessive attention to ourselves through our behavior, speech, and other actions. Dress codes, when reasonably written and justly enforced, can help us with this.

Let’s reframe and reclaim the conversation about dress codes to shift the focus away from women’s bodies and towards an appreciation for context, fully understood.