“Women Talking” is a Nuanced Fable of Faith in the Midst of Horror
Monday, December 26, 2022
Culture

“We are entitled to three things: We want our children to be safe, we want to be steadfast in our faith, and we want to think.” This simple, yet all-encompassing, declaration of rights arrives about three-quarters into the movie Women Talking, written and directed by Sarah Polley. The film is based on the novel by Miriam Toews, which is itself inspired by real events that took place in an ultraconservative Mennonite community in Bolivia. While the inciting incidents of mass violence and systemic gaslighting are true, the plot is “an act of female imagination” that captures the struggle for self-actualization, liberation, and hope through a simple act: women talking.

The film opens with an image of a young woman waking from sleep and finding herself injured. We soon learn that all of the girls and women in this isolated religious community have endured a series of violent rapes. Someone – or more likely a group of someones – has been sneaking into their rooms at night, gassing them with cow tranquilizer, and raping them.

When they raise the alarm to the community, they are initially told that the attacks are the work of demons, ghosts, or their own imaginations. Eventually, though, they catch one man in the act and he quickly gives up the names of his fellow attackers. At this point, the women are given two days to forgive the men or risk being barred from Heaven. Women Talking covers the events of those two days, when the community of women sits down to debate their next course of action.

They settle on three options: Stay and do nothing, stay and fight, or leave the community forever. These options mirror the three fear responses of freeze, fight, or flee, but their decision is measured, not instinctual. There is, as one wise woman points out, a great difference between fleeing and leaving.

Creating the World Anew After Abuse

The film is immensely powerful in its simplicity. For much of the story, it’s impossible to determine what year or location the characters are living in. What they refer to as their “colony” may as well be the entire universe. This lends a mythical quality to their discussion, which becomes more universal with greater specificity.

For example, at one point they enter into a debate about whether or not they should take the 14-year-old boys with them if they decide to leave. It’s clear that a 14-year-old boy is “capable of great damage,” but at the same time he “is a child.” The practical problem they face gives way to larger philosophical questions. At what age do boys become too dangerous to save? Do they ever? Is hatred of women innate or learned? Can we love them out of it? The conversation is excruciatingly painful, but the layer of fictionalization makes it bearable for us to watch.

Perhaps this is why this film is so much more successful than the similarly-titled She Said, the recent movie about the investigation of Harvey Weinstein and subsequent societal fallout. There’s something too recent and too close to home about that story to lend any additional insight. We know what happened. What we don’t know is how to create the world anew, which is exactly what we get to witness in Women Talking. It’s a monumental task, and one we all hope to participate in.

Women Talking does have its pitfalls. “This is very, very boring,” complains one of the younger girls about midway through the discussion. The line gets a big laugh because, frankly, she’s right. I found myself asking several times throughout why this wasn’t a play. Perhaps I am betraying my bias as a theater writer, but this would make a riveting stage play. As a screenplay, though, it’s difficult to sit through.

Of course, this boring quality is part of the point. Discussions such as these take time and care, and these women must come to a conclusion before their time is out. If you decide to see Women Talking, be prepared to spend 1 hour and 45 minutes watching exactly what is advertised. Fortunately, the pacing does pick up toward the end of the film, as we begin to wonder if they will be able to take action before the men return. On a few occasions, I found myself wanting to yell at the screen, “Stop talking! It’s too late!” As for whether they are able to come to a decision and accomplish their task in time, I’ll leave that a mystery.

I’d be remiss for not taking a moment to commend the brilliant ensemble performances. Although the cast includes stars such as Frances McDormand, Judith Ivey, and Claire Foy, the whole is much greater than its parts. There is no single standout performance, and this is clearly directorial intention. We learn a bit of the backstory of every character, from the wife enduring physical abuse at home to the single woman left pregnant by the attack.

Each character has a unique perspective shaped by his or her experience, and they’re all grappling with what has happened to them in different ways. Above all, they are imminently believable and deeply rooted in the circumstances of the world, which is precisely what this story calls for. Despite their infighting, the film is the rare case of a true group protagonist, with everyone working toward a single goal and no one clearly leading the fight.

Choosing Faith in the Aftermath of Horror

The greatest strength of Women Talking is also the characters’ greatest strength: their faith. Early in the film I was curious whether this community’s strict religious beliefs would be vilified and ultimately abandoned in favor of modern progressive values. This was almost to be anticipated because the story is based on true events, however loosely, and the real women involved were women of faith. But in a world rife with sexual abuse and violence, I would hate to see these women’s religious beliefs blamed for what happened to them. Fortunately, faith was portrayed as empowering to the women. Power, as always, is the driving force behind evil – and faith is the antidote.

The horrors these women have endured might have the power to strip them of their faith, but they do not have the power to separate them from God’s love. More than family, romantic love, or even individual freedom, the women fight to keep their relationship with God. They choose to fight for their faith, knowing that in a world of chaos and violence, only God’s love abides. It is God’s love that determines their worth, not what has happened to them and certainly not what mortal men might think of them.

Despite everything they have seen, they remind themselves again and again to aim their sights on “whatever is true, whatever is noble, whatever is right, whatever is pure, whatever is lovely.” They will not be dragged down into the depths of hatred, because their own humanity is too precious.

Thus, their final decision is taken as “a supreme act of faith, a step toward love and forgiveness,” even though they cannot fathom what either love or forgiveness might look like. At a certain point, it’s time to stop talking and take a leap of faith. Some questions, after all, are best left in the hands of God. 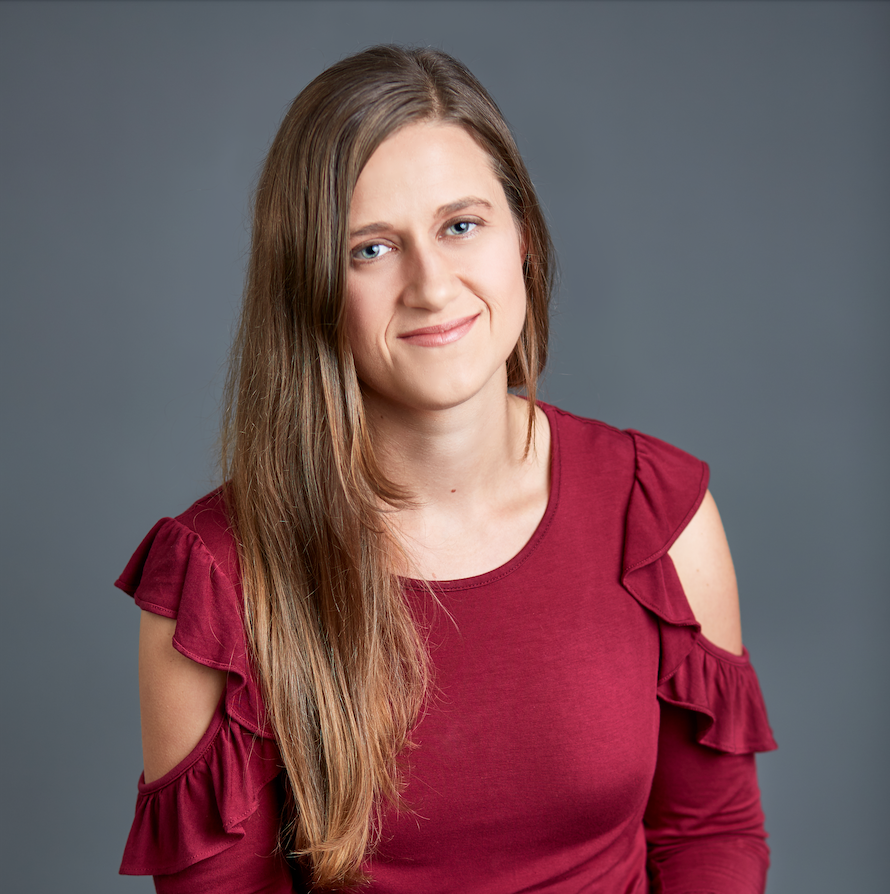 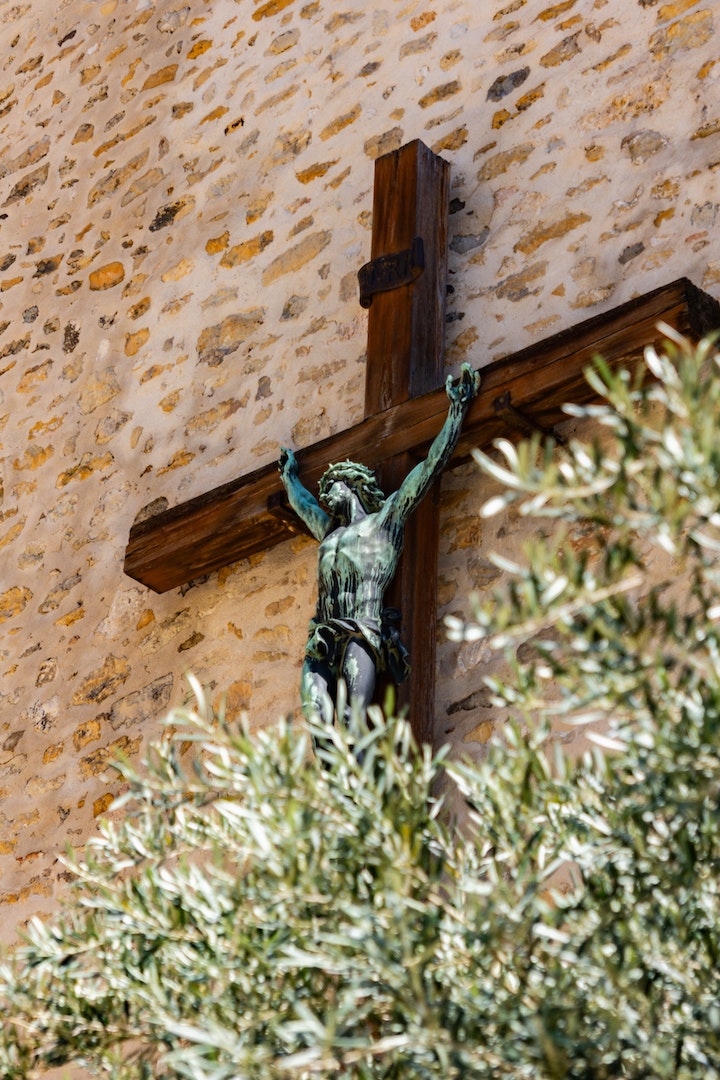