How to make the most of dating in a secular world when you’re Catholic
Tuesday, June 6, 2017
Sex & Relationships 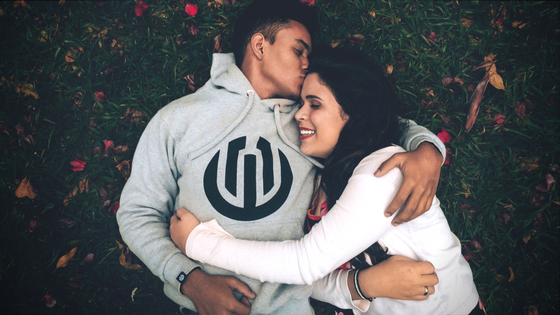 Dating is hard. We know this. Throw in expectations for your husband-to-be to subscribe to a very specific Catholic dogma, though, and the spousal needle just got buried in a way bigger haystack.

The woes of Catholic women wending their way through the frustrating world of modern dating (if it can be called that), where hookup culture is alive and thriving and half of marriages end in divorce, are familiar to all of us. My own personal experiences and the stories my Catholic girlfriends tell me confirm a good man truly is hard to find.

It’s not impossible though, and every day inspiring Catholic couples join in the sacrament of marriage. Which is great. But it can also make you wonder, “What am I doing wrong?”

First of all, know you’re not alone. Lots of people, not just Catholics, struggle to find someone who values truth, beauty, and goodness. In a world that sometimes seems dominated by depravity, dating can be downright disheartening. The following are some tips aimed at helping those called to the vocation of marriage to steer clear of despair while dating, and maybe even enjoy it!

Faithfully carrying out the teachings of the Catholic Church is not easy, especially when so much of modern culture is contrary to what we believe. It can be easy to fall into the habit of talking yourself into a guy who seems “good enough,” but remind yourself what it is you really want from marriage and what you want in a husband.

Don’t become complacent and don’t settle. Remember your immortal soul is at stake here. The person you marry should want the same basic things out of life and marriage as you do: to live in a way that brings you closer to God and ultimately prepares your soul for admittance to the Heavenly Kingdom. If the guy you’re dating doesn’t share the same outlook on life as you do, and certainly if he rejects your beliefs outright, you know it’s time to call it quits.

Try thinking of a few relationships you really admire that exemplify strong, Catholic matrimony. Keep them in the forefront of your mind when evaluating your relationships. Is this man going to lead me to deeper grace and imitate the love and virtue exhibited by St. Joseph, who loved the Blessed Mother through all their trials, poverty, and hardships? Be honest.

If you’re ever going to be a snob, picking a life partner is the time to do it. “‘Til death do us part” is, we hope, a long time, and marrying the first guy who tells you he loves you, or the guy you’re dating when you’re 30 and all-my-friends-are-married-and-my-clock-is-ticking-and-I-really-want-kids-already, isn’t going to make you happy in the long-run.

It’s important, as I’ve said, not to settle. But it’s just as important to keep your priorities in order and not dismiss a potential husband simply because he isn’t handsome enough, doesn’t make enough money, doesn’t share your love of Thai food, or whatever. It’s easy to be caught up in the charm of a beguiling smile or the prestige of a well-paying career, but vanities fade quickly. If a guy isn’t exactly what you thought you were looking for, give him a chance anyway. He may surprise you.

Remember there’s value in every relationship

You’ll probably date a handful of men, at least, in your matrimonial journey. It’s natural and healthy to have different and diverse experiences to figure out what you really want and what you definitely, really do not want. You learn about yourself, and if you’re lucky, add a few more guy friends to your list along the way.

Sometimes, however, you may look back at certain relationships that ended nebulously, or to relationships that didn’t happen at all, and think, “What if?” You may question God’s decision to keep you from marrying a certain someone you just know was right for you.

every human experience has the potential to move you closer to sainthood.

Remember that every human experience has the potential to move you closer to sainthood. You may not always get your way, and you will probably be very confused at times, but every relationship, regardless of how it turns out, has value. You may not understand why God puts someone in your life or keeps him out, but if He lets it happen, you know it’s His will. Maybe God simply wanted you to inspire someone to go to Church, or to pray for a soul in need – and we all pray for our exes, right?

Dating is a profound way to appreciate the goodness of other humans and to help a guy (or girl) be a better person, even if he’s not your person.

Don’t forget that God is in charge

There’s a country song that’s great because it’s sung by Garth Brooks, and is also great because it reminds us that God, who created the heavens and earth and has numbered every hair on our heads, knows what he’s doing.

In the song (“Unanswered Prayers”), Brooks talks about running into his old high school flame years after they’ve graduated and they’re both married to other people. He recalls how all he wanted in high school was to be with this girl forever, and, seeing her next to the woman he did eventually marry, he thanks God for not giving him what he so desperately wanted when he was a teenager.

The point is - God loves you and wants you to seek and attain His love. If marriage is your vocation and you ask God for help, He’s not just going to let you flounder around helplessly dating deadbeats ‘til you die. God has a plan for you.

Each and every holy and successful marriage that has ever existed has been because God willed it and the circumstances that led it to be.

Each and every holy and successful marriage that has ever existed has been because God willed it and the circumstances that led it to be. College sweethearts, after all, both happened to apply, be accepted to, and decide to attend the same school. They also happened to take the same elective course, or happened to be assigned to the same dorm which led to their acquaintance. A lot of pieces have to fall into place for two people to come together, fall in love, and build a holy foundation. And we have God to thank for every one of those occurrences.

While you can’t fabricate meaningful relationships out of thin air or force them to appear, God does help those who help themselves. I’m not saying if you sit at home in your yoga pants and pray that Prince Charming will show up magically at your doorstep and sweep you off your feet. I’m all about putting yourself out there on dating sites, mingling with other people your age at events, and re-applying that lipstick for a trip to the grocery store. But remember that God is always in charge. So trust Him. St. John the Baptist de La Salle instructs us, “Do not have any anxiety about the future. Leave everything in God’s hands for he will take care of you.”

Try to appreciate your journey toward marriage and savor the fun exciting – and oftentimes really amusing moments of dating. Love won and lost is the reason for Taylor Swift’s genius musical output and is the inspiration for many a great book and movie. Let your love life be one of learning, laughter, and self-discovery.

When in doubt, say a novena

Pray for a husband. Pray for your future husband. But don’t forget to pray to know God’s will and to do it! If you’re not doing God’s will, how can he lead you on the dating path that leads down the aisle?

If you’re not doing God’s will, how can he lead you on the dating path that leads down the aisle?

And don’t forget to take solace in knowing our hearts will be restless until they rest in God, not in other people. St. Gerard Majella reminds us, “Who except God can give you peace? Has the world ever been able to satisfy the heart?” 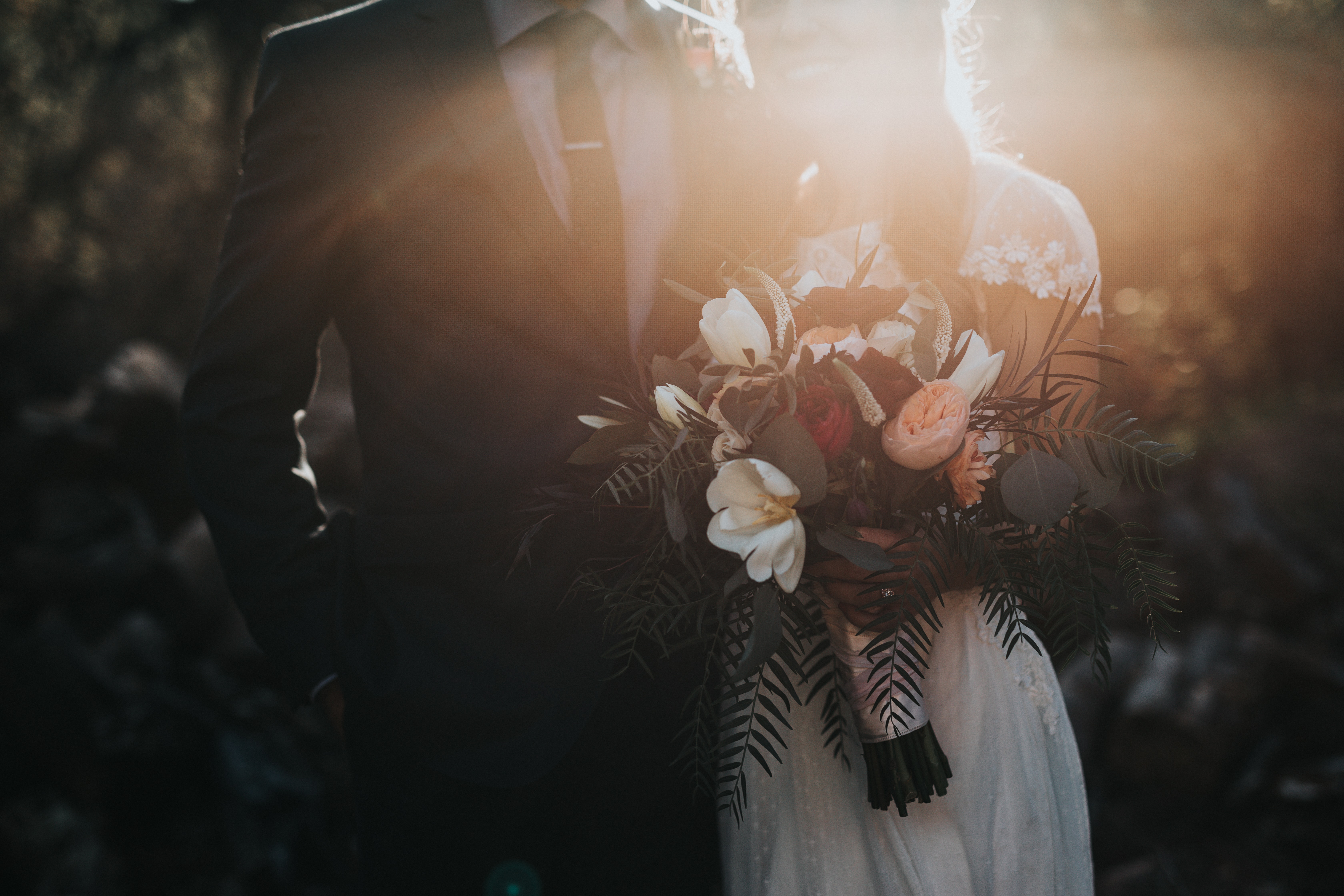