Why We Shouldn't Call Women Who've Had Abortions "Murderers" 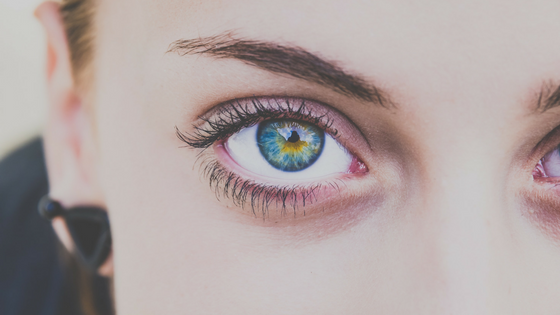 I've heard a number of pro-life advocates say “we don't just want abortion illegal; we want to make it unthinkable.”

Outrage is a natural and appropriate response to evil in the world, but how we express it is key because we’re talking about human beings - TWO human beings.

As pro-life feminists, we need to evaluate how we can communicate the truth about of abortion, affirm the dignity of both human lives involved, and empower women to choose life. We must ask ourselves if we are truly making abortion unthinkable, or are we just hardening hearts despite our very good intentions? Are we truly being pro-life in not only our ideas, but in our words and our approach?

Though there are many facets to this conversation, the one I want to focus on is calling abortion “murder” and post-abortive women “murderers” both in public and one-on-one conversations. I believe that this kind of language does more harm than good for the pro-life cause.

Trent Horn points out several times in his book Persuasive Pro-Life that as pro-life advocates, we need to get to the core issue of abortion: the fetus is a person with inherent human dignity, and it is wrong to kill people. When we call abortion “murder,” it has the potential to disrupt conversations with pro-choice advocates for two reasons.

The first is simply put, by definition, abortion is not murder. Murder, as defined by Oxford Dictionaries is “the unlawful premeditated killing of one human being by another…” Unfortunately, the law in the United States makes it legal to kill the unborn, therefore, abortion technically isn’t murder. Though to use it seems like a minor distinction, it does matter. Using inaccurate terms weakens our arguments and diminishes our credibility. I’ve seen and participated in enough discussions to see how minor inaccuracies can easily derail the conversation. As Catholics, we should be striving for the truth, and we can do so without using inaccurate terms.

Because murder is linked to an unlawful action, bringing that word up usually leads to a discussion of punishment.

The second is because murder is linked to an unlawful action, bringing that word up usually leads to a discussion of punishment. If we define abortion as “murder,” then how should the post-abortive woman be punished? This is an incredibly sensitive subject,especially because it’s likely you’re talking to someone who either has had an abortion herself, or is close to a woman who has had an abortion. Have you thought through how you would respond here? That being said, we shouldn’t have to define the legal consequences to be able to state that an act itself should be illegal. Though this conversation may still come up, it is less likely if we don’t use terms like “murder” which already have clear punishments attached to them.

Sharing the Truth Through Love

I am not trying to diminish the fact that abortion ends a human life; what I am proposing is we need to recognize that when we throw around a term as harsh as “murderer,” there is a woman who is being harmed by that word.

Above all else, we should be compassionate to post-abortive women. A consistent pro-life ethic means honoring the dignity of every human life, and that includes people who have made mistakes. I’m not saying we should sugarcoat the reality of abortion, but in conversing with (or even about) post-abortive women, we should not call them by their sin. These women are not their sin; they are daughters of God who have been led astray by the lies of Satan. Calling them murderers is not only hurtful, it also ostracizes these women, which may cause them to pull deeper inward due to their shame rather than seeking forgiveness from God.

There is a woman who is being harmed by that word.

Another consideration is a post-abortive woman may be struggling in regards to emotional and or mental health. Before I go into this, I want to make two points clear:

1) Many women do not regret their abortion. As pro-life advocates, we should avoid making broad claims about how women feel after abortion. Again, sharing inaccurate information is dishonest and will hurt the pro-life cause.

2) A women’s regret after her abortion, especially if it leads to mental and emotional health challenges, should not be used carelessly as reason to oppose abortion. Behind that statistic about X women who had suicidal tendencies after abortion or Y women who became addicted to drugs after their abortion are real human people struggling. As feminists, we certainly should be concerned about procedures that harm women, but we need to be careful about how we use it when discussing abortion. Are we saying it just as another point against the unjust killing of the unborn, or are we bringing it up out of legitimate love and concern for the women who are also victims of abortion?

The reason we should be aware of this is because these women who are distressed by their mistake are suffering enough as it is. Is calling them a murderer really going to help them heal and seek Christ, or is it going to cause more damage?

Lastly, we should take into account that we don’t know the state of a post-abortive women’s soul. For all we know, she may be incredibly remorseful and perhaps may have even confessed her sin. If God in His infinite mercy has forgiven them, who are we to bring up something God has washed away?

But say a post-abortive woman has not gone to confession. Some might say, well, she’s in a state of mortal sin! But in fact, we don’t know that. The Catechism of the Catholic Church states “ For a sin to be mortal, three conditions must together be met: "Mortal sin is sin whose object is grave matter and which is also committed with full knowledge and deliberate consent."” (1857, emphasis mine).

Of these three conditions, we can only know the answer to one - that abortion is a grave matter. The other two we do not have a way of knowing, and I would argue that many women seeking abortions do not meet the other two conditions because if they did, they would not choose abortion.

To pro-life people, it may seem obvious that a fetus is a person, but we shouldn’t assume that other women have accessed that same information. I want you to pause and consider how effectively pro-choice advocates have dehumanized the unborn. Society tells us that a child is “just a clump of cells” or “a parasite.” It shifts the focus from the unborn to human rights. Abortion providers use euphemisms like “take a pregnancy out of your uterus” or “empty your uterus.” You would be amazed at how many pro-choice advocates think that the fetus dies because it is removed from the mother and not because it is poisoned or ripped apart. There have been cases of abortion providers sharing misleading ultrasounds, and there are fights AGAINST showing women the ultrasound screen. Even pastors are hesitant to preach about this issue from the pulpit.

Knowledge” of what is happening requires both pieces of information - first that the fetus is a human, and also that this human has equal human dignity to that of any other human being.

It’s tempting to paint women choosing abortion as villains; women who take joy in ending the life of their child. In reality, I personally believe it is just the opposite: women are also victims. I suspect that a majority of women seeking abortion are doing so out of fear: fear that they will be kicked out and left homeless, fear that their abusive partner will harm them further, fear that they will succumb to an illness and possibly die, and so on. There could also be coercion at play.

Perhaps I’m wrong, but I think the women donning abortion dresses or actively celebrating an abortion are in the minority. I suspect that many women make the decision to get an abortion from a place of suffering. If they are experiencing emotional distress and/or feel threatened to make this decision, that is not consensual.

Though these might not relate to whether or not it is a mortal sin, there are still two other considerations that I think are worth mentioning. First, I suspect that women aren't aware of their options. Abortion seems like the easiest fix, and adoption is often thrown out as the other solution. While we certainly should recommend adoption over abortion, good-intentioned pro-life advocates often fail to take into account the challenges of pregnancy, the struggles that are driving the woman to abortion in the first place, or the emotional burden of placing a child for adoption.

many women genuinely feel like they are doing what is best for the child.

Second, many women genuinely feel like they are doing what is best for the child. They may sincerely think that death or “never being alive” is better than facing whatever trials the child or woman may face. Although we know that this is wrong, without being in that woman’s exact situation, we cannot truly understand.

Ultimately, it comes down to recognizing that we have a just AND merciful God. Our interactions with post-abortive women should radiate the love of Christ and draw them closer to him and His merciful heart.

What About Doctors that Provide Abortion?

Ultimately, I still don’t think it is right to call them a murderer. Are they more culpable than a woman seeking an abortion? I would say in most cases, yes. But what will calling them a “murderer” accomplish? Will it do anything more than shut down a conversation and/or further harden their hearts? Unless you have a really good answer to how calling an abortion provider a murderer will change their minds, I recommend a more charitable approach.

So What Should We Do?

If we truly want to make abortion unthinkable, we need to think about the women thinking about having an abortion. How can we help them? What social services, community resources, and emotional support do they need in order to take on the incredible challenge of an unplanned pregnancy? How do we help eliminate their fear?