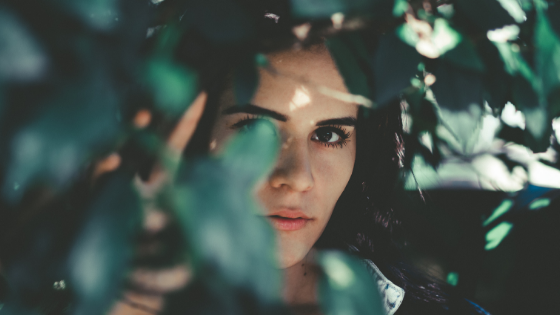 That term that has often been used to describe feminists: “those man-hating feminazis.” Long before I considered myself a feminist, I believed the caricature. After becoming a feminist, I labored and exhausted myself to refute this absurd accusation. To work for the equal treatment of women is not to hate men. How ridiculous and unfair it is to claim that the sexes are locked in a zero-sum game, where the rise of one must entail the fall of the other. We don’t hate men. Many of us were raised by men, married men, and are raising men of our own. We love men. I love men.

But then 2018 happened, full of offenses and injustices both public and deeply personal, and now... I might hate men.

I really feel like I kind of hate men. Hate is wrong, and maybe I’m cheapening the term with my use of it. Perhaps I, a relatively privileged white woman, am diminishing the agony of those women who have suffered horrible injustice at the hands of men. Maybe I’m being dramatic and hysterical while proving the stereotype true. And worst of all, I’m definitely not living out a Christian ethic of compassion. After all, these men are my brothers in Christ. How could I say I hate them?

Look back over the past two years; what stands out?

I think of the Me Too movement, for starters. Whatever you think of this rolling juggernaut of justice (or “angry mobs”), we must admit that many of its casualties are powerful men who richly deserved their downfalls: men who sexually abused women for decades without consequences, and in some cases with the weight of evidence pushing them out of their cushy positions in mere hours. In a few short months, our society came to realize that women have been victimized and gaslit for several lifetimes in the most vile of ways, and for all our modern zeal for equality, we let it happen. This alone was enough to make me look at many of the men in my life with sudden skepticism.

In a few short months, our society came to realize that women have been victimized and gaslit for several lifetimes in the most vile of ways

This trend culminated in the horrific spectacle of a Supreme Court nominee and his accuser acting out the victimization of women on a national stage. I don’t believe that Dr. Ford was lying, but even if she was lying or was simply mistaken, the way in which Dr. Ford was treated, contrasted with the excuses made for Judge Kavanaugh (before the verdict), sent a clear and chilling message to women everywhere: You cannot stop powerful men. No one will believe you. You are worth less than a man. Be silent.

In the Catholic Church, the sexual abuse crisis reared its head again, this time uglier and with more human carnage than we ever imagined. Our faith was rocked by these revelations and, for some, it did not survive. Even now as 2019 begins, it seems that members of Church leadership do not fully understand how deeply the trust of the faithful has been broken, how mortal the wound is in the hearts of millions.

And again, the villains of the story are men. Powerful men, yes, but sometimes even less-powerful men who enable their superiors. They failed to protect children, young men, and women - and they’re still failing. My parish priest seems like a good man, but how can any of us really know any more? I admit that I sometimes wonder if he is one of those with a dark past, or who looked away from the evidence of another’s abuse. I go to Confession at other parishes, and even then I always have a moment of nervousness about my confessor. Is he one of them? Can I confess to him safely and trust his words and his advice, if he offers any? Where in our Church does danger still lurk, and how can I feel safe? How can I feel that my children are safe? I find myself wishing that I could confess to a woman and that all my spiritual direction could come from a woman.

In the Catholic Church, the sexual abuse crisis reared its head again, this time uglier and with more human carnage than we ever imagined. . . [a]nd again, the villains of the story are men.

Outside of the Church, more victims of abusive men and toxic masculinity can be found in the border crisis. When the story of family separation reached a fever pitch during summer 2018, I found that my political opinions fell away in the face of my identity as a mother and the empathy I felt for the mothers whose children were taken from them, sometimes never to be seen again. The voices of sobbing, broken, traumatized children left me speechless. I cried in my bed for hours, clutching my rosary and spiraling into a full panic attack that had my husband asking if he needed to take me to the emergency room. And yes, there were women who were responsible for this injustice and many more who made excuses for it, but most mothers I knew felt sorrow over the situation, whereas a frightening number of men made a detached “logical” argument, deriding feminine emotional responses as foolish. "Never mind those imprisoned and permanently damaged children."

On a personal level, it seems that everywhere I look, I see women suffering the consequences of male selfishness. This is not to say there are not men who are victimized by women in their lives: in my own extended family, there is one father who was betrayed and abandoned by his wife and left to parent two teen boys on his own, and another young boy whose mother has been horribly abusive and neglectful, even using him as leverage against other family members who would care for him. These men and boys suffer terribly, and I recognize that with sincere sympathy.

Without negating any of that, what I mostly see around me right now are women who bore their husbands four or five children, foregoing a career of their own to care for those kids, only for their husbands to leave them.

As I said above, there are selfish and abusive women, as well; at the same time, the stories in my circle of friends this year were overwhelmingly those of mistreated and abandoned women.

When these marriages fell apart, often the women tried to fix them. They attended counseling, prayed and fasted, found work to provide more income, and worked to improve themselves as partners. It seemed that the men in these scenarios never put in the same level of effort. I understand that I’m only sharing anecdotal evidence, but not once have I seen a man in a struggling relationship work as hard as a woman to save it, and certainly not this year.

And afterward? Well, the man moved out and got a place of his own. Sure, he has to pay child support, but otherwise he’s free, while Mom is still getting up with the kids each morning, putting them to bed each night, helping with homework, staying up all night with the bad sleeper and dealing with the tantrums from toddlers and teenagers - all while answering the hard questions about why Daddy doesn’t live there anymore and wondering if she’ll ever love again. She’s broken, but she has too much work to do to focus on recovery. There is no time to mourn that marriage and, meanwhile, everyone in her life judges her, because that’s what we do to single mothers.

And if you’ve been a single mom from the start because the father of your child was never prepared to be a parent? Some of us treat these women horribly, give them almost no social support, and shame them for the little they do receive. But the man equally responsible for her situation is nowhere to be found, probably off somewhere still sowing his wild oats.

This is how I felt a few weeks ago. I hated men - I really hated them. At least I was one of the lucky ones, though: my husband is a good man, an equal partner who loves our children and is always willing to work on our marriage. Sometimes it’s been really hard, but we’ve been committed to one another and, after nearly eleven years of marriage, things are better than they’ve ever been.

And found out he has watched it throughout our entire marriage. Over ten years of lying. Ten years of using images of other women’s bodies for sexual pleasure. Sure, he doesn’t watch it “often” (only once a month or so), and it’s not like real cheating, and he’s still super attracted to me, so what’s the big deal?

Even in my marriage. Even in my home. Even here, his desires come first. His wants are most important. My dignity doesn’t factor in. The dignity of those poor women he’s watching doesn’t factor in. It’s just like scratching an itch. He does what he wants, because he’s a man, so why shouldn’t he? And why should he feel shame?

We’re working on it and I do think we’ll be okay, but this has further damaged my view of men as a group. They hurt us, they hurt our children, and they hurt themselves. It seems like they hurt everyone and they don’t even care, that they think this behavior is normal and acceptable, and that there shouldn’t be any expectations that men be better than they are. I’m so disoriented by the events of 2018 that I even feel uncomfortable worshipping a masculine God. How ridiculous is that? To be afraid of the Creator of the universe and all that is good, just because of a tiny word like “He?” This has to be the worst kind of blasphemy imaginable.

At this moment, the only path to Christ I can see is His Blessed Mother, Mary. Here she is, a holy woman with an innocent baby, the child who relies on her completely for his every need. This is something I can relate to, an image I can cling to as my vision of earthly manhood crumbles into dust. I’ve been pregnant and given birth to and nursed my newborn, staring at his sweet eyelashes and imagining only joy in our future. At this moment, I can think of God not as a man, but as a baby with a mother. And maybe, just as He grows in the stories of the Gospel, I can come to know and trust Him again. Perhaps that trust will be the foundation of trusting my husband again.

Maybe, some day, I will stop hating men and feel love for them again. This is my prayer. If you have been hurt by men this year or ever, know that I’m praying for you, too. And if you’re a man and you’re hurt by my words, I am sorry. I appreciate your efforts, even when it seems they go unnoticed.

Our Lady will not abandon us. Let’s follow her from the joy of Christmas and have faith that we will soon share in that joy again.