3 good reasons Catholics should be feminists 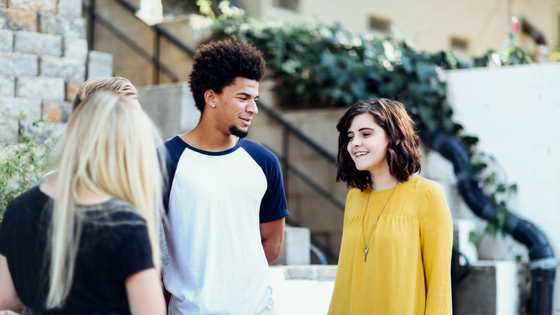 If you’ve heard that being a feminist is anti-Catholic, think again.

In today’s world, being a Catholic can be controversial. Especially when it comes to women’s rights.

Feminism has a history of advocating for things that the Catholic Church contends with, whether it be outright support of abortion, or just the connotation that mothering isn’t valuable work.

So it’s not uncommon for a Catholic to cringe at the word “feminist.”

But in 1995, St. Pope John Paul II actually issued a call for women to rise up in the name of feminism - a call for a “new feminism.”

While we strive for perfection in Heaven, the world we live in right now is definitely NOT perfect. Some people attribute it to “The Fall,” but whatever the reason, women continue to face oppression globally - like not being allowed to be acknowledged by name, not having equal access to education, or being forced to marry their rapists.

Even in the United States, 1 in 3 women live in or on the brink of poverty, and without guaranteed maternity leave, many women submit to the barbaric option to return to work only days after giving birth.

In his call for New Feminism, St. John Paul II was asking women to take up this movement “in order to acknowledge and affirm the true genius of women in every aspect of the life of society, and overcome all discrimination, violence and exploitation.”

As Catholics, we need to answer this call.

Catholic Social Teaching promotes this idea, too; as Catholics we are called to help the poor and the oppressed. Unfortunately in many cases, those in need are women.

So whether across the street, or across the ocean, women all around the world still need our help - and it's time for Catholics to take up these causes in the name of feminism.

2. To converse with secular culture and better understand feminist concerns

Although some people may equate “feminist” with the “F word,” it’s not fundamentally a bad word. What do words do? They communicate something. And “feminist” communicates something powerful - that you, or your idea, or your movement, is pro-woman.

Voicing your support for women opens doors, and is a tool for starting a conversations that otherwise might not have happened. In our world of 140 character Tweets, it's far too easy for certain topics, or groups, immediately to be stereotyped as anti-woman. But the word “feminist” challenges those assumptions.

Take the pro-life movement, for example. For a long time, Pro-lifers have been cast as being merely anti-abortion, and anti-woman. So much so, that when the infamous “Women’s March” was organized, pro-life groups were identified as being “anti-woman” and unwelcome at the March.

And the group that prompted the most conversation? A Pro-life group that referred to themselves as New Wave Feminists.

By calling themselves feminists, this group and others caused people to stop, and ask - wait, so you actually DO care about women? They created a different kind of conversation.

Using the word feminist also creates an avenue for bridge building with secular feminists, who are often concerned with many of the same issues Catholic feminists want to address (see point #1).

For example, both Secular feminists and Catholic feminists are concerned about women in developing countries and their ability to thrive. While we may disagree on how to approach fertility (whether or not to promote contraception) there are other ways we can work together to support these women - perhaps through nonprofit awareness, micro-lending, or ethical trade.

3. Because our faith DOES see men and women as equal (but we need to better understand what that means)

What’s the definition of feminism again? The belief that men and women are equal.

Here’s the thing. The Catholic Church agrees. In fact, it’s literally Catholic doctrine that men and women are equal.

“Man and woman have been created… in perfect equality as human persons; says the Catechism.

“Man and woman are both with one and the same dignity "in the image of God". In their "being-man" and "being-woman", they reflect the Creator's wisdom and goodness.

And just in case you’re tempted to think that men are “better” because God walked the earth as a man, the Catechism goes on: “In no way is God in man's image. He is neither man nor woman. God is pure spirit in which there is no place for the difference between the sexes. But the respective "perfections" of man and woman reflect something of the infinite perfection of God.”

But what does the “perfection of woman” look like? Well, we’re still trying to figure that out. Which is why even the Pope called for a deeper Theology of Woman - to try to answer these questions. That’s one of the main goals of FemCatholic, too.

Feminism is about advocating for women and allowing them to thrive as their most authentic selves. Well, who better to inform us on how to do that, than the One who designed woman in the first place?