How Advocating for Women Promotes Peace in the World
Saturday, June 10, 2017
Career

How Advocating for Women Promotes Peace in the World 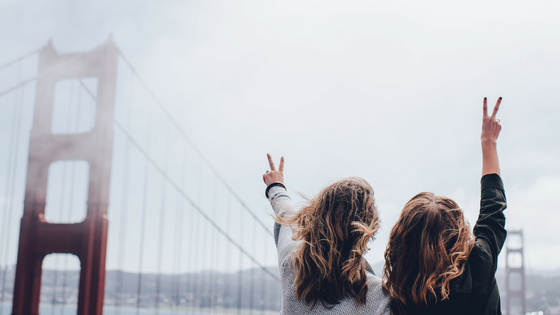 "The violence which so many individuals and peoples continue to experience, the wars which still cause bloodshed in many areas of the world, and the injustice which burdens the life of whole continents can no longer be tolerated."

You would think those words were spoken yesterday. Terrorism, shootings, and other acts of violence seem to overtake our news these days. But this call to action was actually made over 20 years ago, by St. Pope John Paul II (JP2) in his 1995 address for World Day of Peace.

In that same address, JP2 advocated for a particular solution - the advancement of women.

“The work of building peace can hardly overlook the need to acknowledge and promote the dignity of women as persons, called to play a unique role in educating for peace,” he wrote. “I urge everyone to reflect on the critical importance of the role of women in the family and in society, and to heed the yearning for peace which they express in words and deeds and, at times of greatest tragedy, by the silent eloquence of their grief.”

There is something about a grieving woman - a mother, wife, daughter - that tugs on heartstrings. But JP2 is emphasizing something much bigger here. He is affirming that women have a particular and unique ability to promote peace throughout the world. Then, and even more so now - his words are calling us to respond.

Where does woman’s unique peacemaking ability come from? It is rooted in our maternal nature - yes, women’s physical capacity to bear children. JP2 explains that this capacity of our physical bodies reveals something fundamental about women. It reveals that "God 'entrusts the human being in a special way (to women)”. Or as St. Edith Stein puts it, “Woman naturally seeks to embrace that which is living, personal, and whole.”

Don’t misinterpret this maternal quality to mean women are docile. Mothers are fierce - just  think of a mama bear protecting her young. But a mother must also know how to create a state of peace in which others can be born, and nurtured to grow. All women - not just physical mothers - have this unique ability by the very nature of being a woman. Which is why it’s not just the advancement of mothers, but of all women, that promotes peace in the world.

“When women are able fully to share their gifts with the whole community, the very way in which society understands and organizes itself is improved, and comes to reflect in a better way the substantial unity of the human family,” said JP2. “Here we see the most important condition for the consolidation of authentic peace” (emphasis added).

Our Pope recognized that women’s free and equal ability to participate in society is essential to promoting peace, and since 1995, others have spoken up in agreement.

The United Nations has also recognized that women play a pivotal role in establishing peace. In 2000, the UN passed Resolution 1325, a bylaw that “calls for increased participation of women at all levels of decision-making, including in national, regional, and international institutions; in mechanisms for the prevention, management and resolution of conflict; in peace negotiations; in peace operations, as soldiers, police, and civilians; and as Special Representatives of the U.N. Secretary-General.”

Women are needed at all levels of conflict management, because our gifts uniquely equip us to find solutions to establish peace.

Women that are local to the conflict are particularly effective, researcher Laurel Stone notes, “because they bring a more comprehensive peace plan to the negotiating table by addressing societal needs rather than solely focusing on what will make the warring parties happy.”

The UN acknowledges that women experience war differently than men, and therefore “Women offer a vital perspective in the analysis of conflict as well as providing strategies toward peacebuilding that focus on creating ties across opposing factions and increasing the inclusiveness, transparency, and sustainability of peace processes.”

For example, consider the influence of 2011 Nobel Peace Prize winner Leymah Gbowee. After years of war in her country, Liberia, she organized local women in groundbreaking interreligious nonviolent protests to pressure governmental peace talks that ultimately led to an end to the war, as well as the election of the first elected woman leader of a country in Africa.

Feminism increases the success of peace

But if women are such effective peacemakers, why are they not placed in positions of greater influence?

“Too often, women’s roles are marginalized because they are not seen in terms of their leadership. We must see women as leaders, not victims. We must also view their participation not as a favor to women, but as essential to peace and security” explains Melanne Verveer, U.S. Ambassador-at-Large for Global Women’s Issues at the U.S. Department of State.

That’s why feminism, in its work to promote opportunities for women, remains essential. We must recognize that the advancement and equal influence of women is fundamental to establishing peace in our world.

In 1995, JP2 asserted that this right should be established by law if necessary: “The growing presence of women in social, economic and political life at the local, national and international levels is thus a very positive development. Women have a full right to become actively involved in all areas of public life, and this right must be affirmed and guaranteed, also, where necessary, through appropriate legislation” (emphasis added).