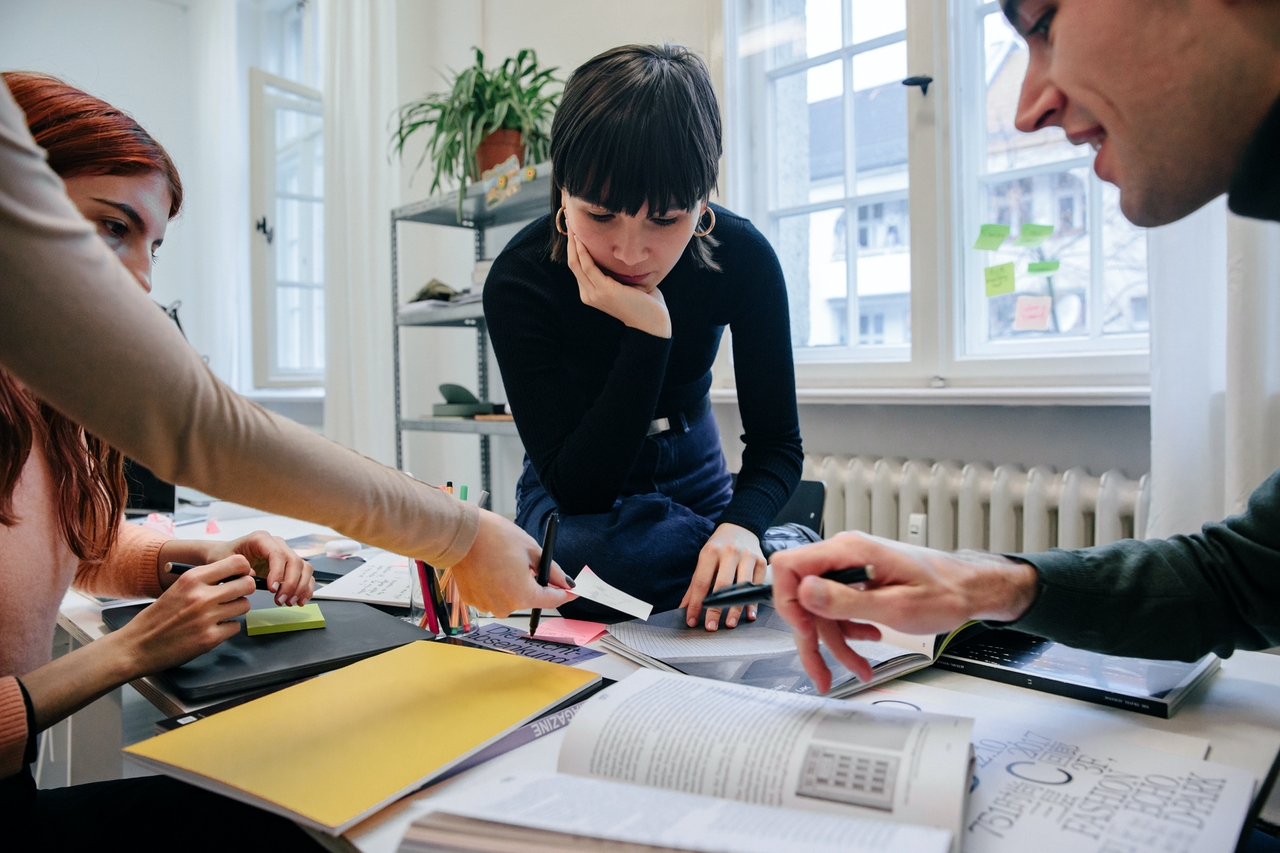 In his 1988 encyclical, Mulieris Dignitatem (“On the Dignity and Vocation of Women”), Pope St. John Paul II first taught us about what he calls the “feminine genius”:

What are these “fruits of feminine holiness” that make up the feminine genius? What gifts has the Holy Spirit distributed to women? As a synthesis of his ideas on the feminine genius, Mary Jo Anderson provided her interpretation of John Paul II's work in 2005* and identified four possible aspects of the feminine genius: receptivity, sensitivity, generosity and maternity.

While these aspects were not defined by John Paul II himself, this interpretation of the feminine genius can provide one helpful starting point for reflection. The world needs women, including in the workplace. In the United States, almost half of the labor force is female. And yet, we also know that women are less represented in leadership positions. As Catholic women, we can bring awareness of the feminine genius to our workplaces and push for leadership roles so that men and women can bring their gifts equally to the organizations where we work. Based on the aspects of the feminine genius, here are what women in particular bring to the table.

Receptivity is sometimes misunderstood as passivity, but the two are not synonymous. Mary, whom we can look to as the paragon of feminine genius, was receptive but certainly not passive. When she was given the choice to receive Jesus, her fiat was an active acceptance of God’s will. We can also say yes to our vocation, both our state of life (religious, married, or single) and our career (teacher, sales manager, writer, surgeon, etc.). By discerning the best way to use the particular gifts we received, we demonstrate receptivity.

We can also be receptive to others. Edith Stein (also known as St. Teresa Benedicta of the Cross) wrote that women “must consider others as gifts entrusted to her. . . This will come about only if she considers and prepares herself as God’s instrument.” We must receive God’s love and then transmit it to others. Any job that “is conducted with other people, at least with others in the same room,” provides us with “an immediate opportunity . . . for development of all feminine virtues.”

Any job that “is conducted with other people, at least with others in the same room,” provides us with “an immediate opportunity . . . for development of all feminine virtues.”

I am not always good at being that one person. I think digital communication, where there’s no voice and no face, makes it easy to depersonalize the other person. Recently, I have tried to be more receptive to the others, even if I can’t see or hear them. They are a child of God, just like I am, and we both have inherent value and dignity. Being receptive means listening to others, and really hearing them, accordingly.

“Don’t be so sensitive!”

As someone who cries easily (from any emotion, whether sadness, anger, or joy), I’ve heard this comment before. It is true that being overly sensitive or easily offended isn’t good. However, that’s not what sensitivity really means. For women, sensitivity means taking our receptivity, our “tuning in” to other people, and bringing it to the logical next step: responding. Being sensitive means identifying when a co-worker is having a bad day and not reaming him out over a mistake. Being sensitive means seeing the struggle a new manager has adjusting to her role and company, and then helping her learn the culture.

For women, sensitivity means taking our receptivity, our “tuning in” to other people, and bringing it to the logical next step: responding.

They dislike small talk. They often describe themselves as creative or intuitive. They dream vividly, and can often recall their dreams the next day. They love music, nature, art, physical beauty. They feel exceptionally strong emotions - sometimes acute bouts of joy, but also sorrow, melancholy, and fear. Highly sensitive people also process information about their environments - both physical and emotional - unusually deeply. They tend to notice subtleties that others miss - another person’s shift in mood, say, or a lightbulb burning a touch too brightly. (136)

Going with this definition of sensitivity, imagine how creativity, intuition, deep processing of information and subtleties, and appreciation of art and beauty could impact the workplace. For example, I work with very artistic, creative people. Several of us are musicians and we also have artists and actors on our team. We’re also mostly women. Our office is filled with creativity and art. We have an entire wall of photos, one for each employee, and they aren’t standard headshots: they’re creative photos that capture our personalities in some way (mine, for example, is of me hiding most of my face behind Jane Austen’s Emma, my favorite book). Seeing each person’s personality shine through these photos is a way of bringing the office closer together and making us better colleagues - and even friends.

“Generosity, in particular, is a spiritual attitude and attribute that is needed in the marketplace and one that women possess in a special way,” writes Anne Costa in her book Embracing Edith Stein (58). Costa says that servant leadership, “combined with the feminine gifts God” (60) gave her, led to a satisfying career that she views as a vocation.

Servant leadership is a unique approach described as “a philosophy and set of practices that enriches the lives of individuals, builds better organizations and ultimately creates a more just and caring world.” A person who exercises servant leadership “focuses primarily on the growth and well-being of people and the communities to which they belong.”

This type of leadership evokes aspects of the feminine genius. It’s also a highly effective way to lead people, teams, and organizations - and it requires generosity, or acting in someone else’s best interest, even if it’s not in our own.

Servant leadership is . . . a highly effective way to lead people, teams, and organizations - and it requires generosity.

Our generosity may be especially needed in the modern economy. As Mary Jo Anderson writes for Catholic Answers, women’s “natural generosity, a weapon against dehumanizing scientism, is manifested when women emphasize the social and ethical dimensions to balance the scientific and technological advancements of mankind.”

As technology touches every aspect of every industry, how much more important it is that women are well represented! Unfortunately, we know this is not yet the case. The nature of many tech workplace cultures demonstrates a lack of feminine genius, which drives women away when they could improve the workplace

“Not all women are mothers,” you might say. “What about the single women? The childless married women? The religious?” Not to mention the fact that too many people seem to believe that motherhood and career are in direct opposition to each other. Given all of this, how does maternity come into play at work?

The feminine genius isn’t exclusive to physical motherhood. It encompasses what, in his 1995 Letter to Women, John Paul II describes as an “affective, cultural and spiritual motherhood which has inestimable value for the development of individuals and the future of society” (9). He was specifically referring to educators, but I believe most, if not all, careers can benefit from this motherhood, which might manifest itself in other types of relationships.

[M]ost, if not all, careers can benefit from this [affective, cultural, and spiritual] motherhood

We can serve as a mentor to the new employee, fresh out of college, who isn’t sure how to interact with her manager or co-workers. We can teach our desk-mate how to use a new piece of software. We can accept and respect the diversity of opinions, perspectives and backgrounds that our team mates bring to the office. We can nurture life, growth, and development. As Costa writes, “Ultimately, women’s maternity bears fruit when we carry Christ to others.”

Edith Stein wrote that “[t]he intrinsic value of woman consists essentially in exceptional receptivity for God’s work in the soul, and this value comes to unalloyed development if we abandon ourselves confidently and unresistingly to this work” (Essays on Woman 259). Through the gifts we are given as daughters of God, we can be His tools at work - regardless of our vocation, industry, job, or title.

This article is part of a series on how we can live out the feminine genius in the workplace, focused on four aspects: receptivity, sensitivity, generosity, and maternity.

*Editor's Note: Updated on 5/3/19. Following feedback from and research by our readers, we corrected the source of the four aspects of the feminine genius. These aspects were neither identified nor defined by Pope St. John Paul II himself. Rather, they are an interpretation and synthesis of his work. Our best research shows that these four aspects were first described by Mary Jo Anderson in a 2005 article for Catholic Answers Magazine. 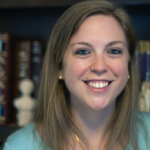