Amy Coney Barrett is Catholic - Does that mean she can't do her job?
Thursday, November 5, 2020
Career

Amy Coney Barrett is Catholic - Does that mean she can't do her job? 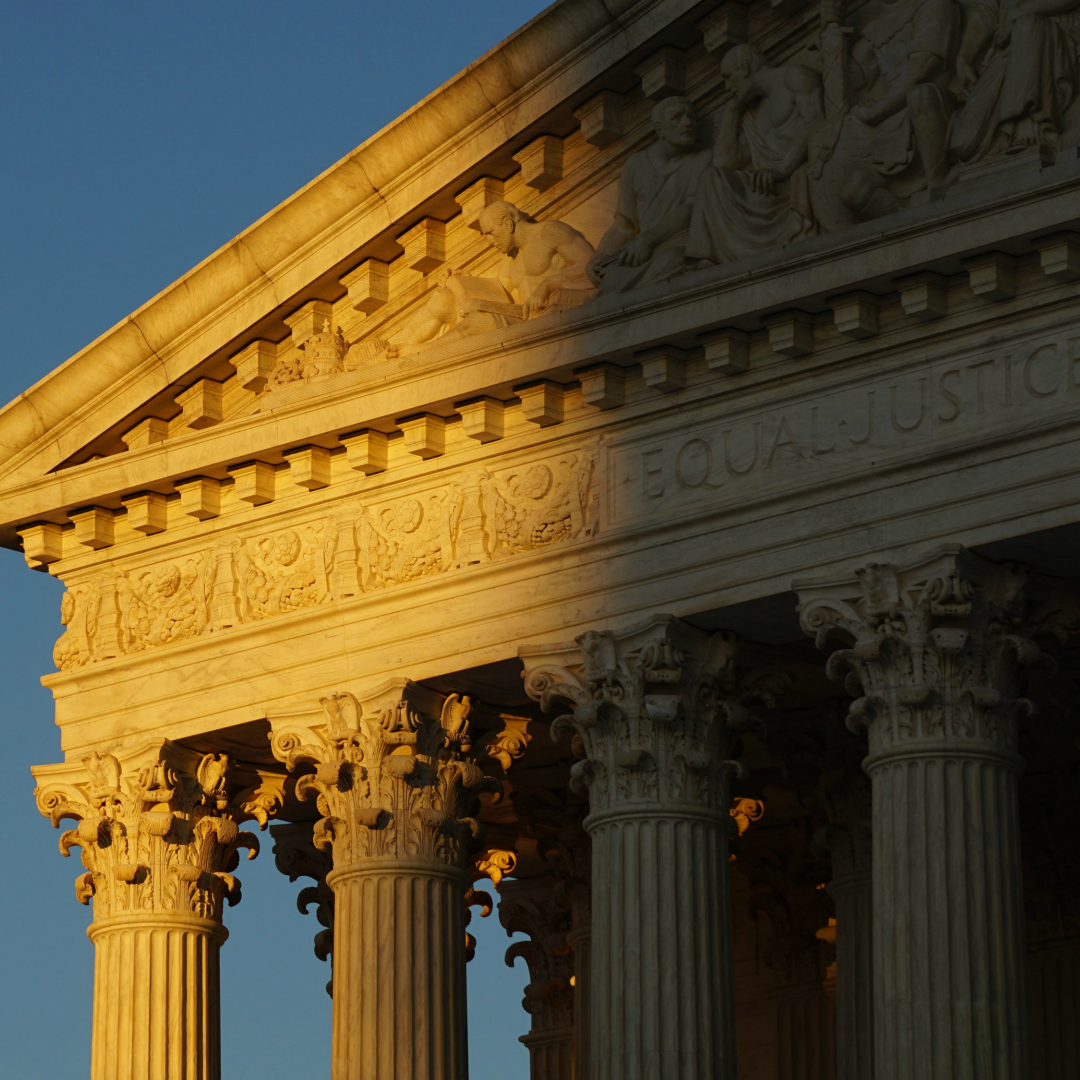 The late Justice Ruth Bader Ginsburg’s passing set the stage for one of the most contentious nomination and confirmation processes in history. The national dialogue has unfortunately centered not on now-Justice Barrett’s impressive record and demonstrated integrity as a judge but, rather, on whether and how her religious convictions would stymie her ability to independently interpret the law.

Justice Barrett is abundantly qualified for her new position. Nonetheless, over the past several weeks, she has been brutalized for her deeply-held religious convictions — and it wasn’t the first time. At Barrett’s 2017 confirmation hearings for her seat on the Seventh Circuit Court of Appeals, California Senator Dianne Feinstein expressed her concern that Barrett’s faith would impede her ability to issue impartial rulings, famously telling her, “The dogma lives loudly within you.” Catholics have since reclaimed this expression of blatant anti-Catholic bigotry by stamping it on coffee mugs and t-shirts, but Feinstein’s statement reflects a reigning sentiment: A faithful Catholic cannot be trusted in a position of power.

The irony of Feinstein’s insult is that Justice Barrett’s demure character is anything but loud. But perhaps more pernicious than this normalized bigotry is how the mainstream media inserted itself into the narrative of Justice Barrett’s early October confirmation hearings. Blunt headlines crafted a sinister narrative that, as a practicing Catholic woman, Barrett is an incompetent jurist. After being questioned for three days about her stance on abortion and the Affordable Care Act, the media twisted her (appropriate and professional) responses as intransigence and evidence of a hidden, nefarious agenda to dismantle basic American rights. When Barrett responded that she could not opine on questions that might intersect with pending litigation and that she could not interpret a general question of law without reviewing the facts of a specific case, yellow journalism like this Forbes headline incited ire over Barrett’s fictionalized agenda to promulgate religious dogma from the bench. This type of reporting led to protestors’ donning “Handmaid’s Tale” costumes and gathering in Washington D.C. streets during Barrett’s confirmation hearings.

Opposition to Justice Barrett’s nomination based solely on political disagreement is one matter, but the indignation over her confirmation process indicates that such political disagreement is not the central issue. Based on the highly personal attacks on Justice Barrett’s character, it seems that a significant portion of opposition to her confirmation stems from a belief that a practicing Catholic woman couldn’t possibly pursue excellence in a non-religious profession. There exists an undercurrent of belief that Justice Barrett’s deeply-held religious convictions will make her unable to impartially apply the law.

Ultimately, a significant portion of opposition to Justice Barrett’s nomination forms a simmering brew of dangerous and damaging opinions about working Catholic women.

Ultimately, a significant portion of opposition to Justice Barrett’s nomination forms a simmering brew of dangerous and damaging opinions about working Catholic women.

These attacks suggest that religious women face an unresolvable conflict between personal beliefs and professional duties.

Central to the narrative underlying the confirmation hearings is the misguided idea that religious women can’t help but turn their offices into pulpits. The prominence of this idea was clear when several of the questioners castigated Justice Barrett before she even set foot on the high court. For example, California senator and vice presidential candidate Kamala Harris accused Justice Barrett of “undoing” the late Justice Ginsburg’s legacy based only on an assumption that Barrett’s religious beliefs would make her bound and determined to overturn Court precedent on health care, abortion rights, and marriage equality (once again, revealing flawed logic about both the power and the role of individual justices within the Court). However, Justice Barrett’s record indicates that her intent is just the opposite. In her opening statement, she shared her judicial philosophy, saying:

“Courts have a vital responsibility to enforce the rule of law, which is critical to a free society. But courts are not designed to solve every problem or right every wrong in our public life. The policy decisions and value judgments of government must be made by the political branches elected by and accountable to the People. The public should not expect courts to do so, and courts should not try” (emphasis added).

In other words, identifying as a person of faith does not and should not affect a judge’s ability to apply the law and to perform her professional duties. The track record of jurists like Barrett and her predecessors indicate that intelligent professionals believe and understand that their jobs have limits. For example, Justice Antonin Scalia routinely issued rulings that were not in accord with his personal beliefs. Notably, in the 1989 case Texas v. Johnson, Justice Scalia opined that the Constitution protected a person’s right to burn the American flag, even though he personally opposed the action.

Identifying as a person of faith does not and should not affect a judge’s ability to apply the law and to perform her professional duties.

The Catholic Church teaches its members that we need to pursue excellence and virtue in every part of our lives — which includes doing our best to fulfill our professional responsibilities. Whether we are lawyers, doctors, contractors, teachers, janitors, or stay-at-home mothers, we are called to put forth our best efforts and to work with integrity. For a judge, that best effort involves impartially interpreting the law in accord with precedent and refusing to inappropriately marry personal conviction with professional duties.

In Justice Barrett’s case, however, few believe this to be true. To claim that she is unfit to sit on the nation’s high court because “the dogma lives loudly” within her is deeply offensive to religious women, and it perpetuates a fiction that faith unavoidably and unequivocally clouds our judgment and renders us incapable of professional integrity.

To claim that Justice Barrett is unfit to sit on the nation’s high court because “the dogma lives loudly” within her is deeply offensive to religious women.

Embracing Catholic feminism is a remedy to the pathological, deep-seated problem that Justice Barrett’s nomination uncovered: normalized skepticism of religious women. In Evangelium Vitae, John Paul II defines “new feminism” as a movement that seeks to “acknowledge and affirm the true genius of women in every aspect of the life of society, and overcome all discrimination, violence and exploitation” (99). In other words, true feminism fights the mistreatment of women and promotes their inherent dignity at all times and in all places, from the home to the courtroom, boardroom, and judicial bench.

More significantly, though, Catholic feminism promotes the full, unadulterated truth about women: that they are valuable precisely for who they are. That their capacity to be mothers and their desire to prioritize family life does not stand in the way of professional excellence. That their faithful response to God’s call in their lives is a boon to society, not a personified dogma that threatens other people’s rights. That being a woman often involves artfully weaving a tapestry with threads of both work and family and that the two can inform and shape one another. That true respect for human dignity never involves reducing people to sacrificial lambs on the altar of politics.

Justice Barrett has done what so many women have fought for: She has a career. She has a family. She is a public servant. Tearing her character apart for the sake of political ideology, rather than affirming her feminine genius, is destructive. It tarnishes the message that marriage, motherhood, and faith are essential contributors to a healthy society. And it perpetuates the toxic idea that people of faith should be deemed suspect because they cannot be expected to think or act for themselves or in the best interest of others.

The assault on Judge Barett’s faith and character is an assault on women of faith everywhere. We can only hope that, when she takes her seat on the high court, her integrity, astuteness, humility, and grace will inspire other women to fearlessly embrace their personal and professional responsibilities. May her example empower other women to wear their “dogma” as a badge of pride as they use their unique gifts to respond to God’s call in their lives.

The assault on Judge Barett’s faith and character is an assault on women of faith everywhere.

Alexandra Davis is part-time lawyer and writer, full-time wife, mother, vintage furniture enthusiast, and black coffee evangelist. When she isn't tackling seriously over-complicated recipes or rounding up friends for front-porch hangouts, she can be found writing about issues at the intersection of culture, faith, and family life. You can connect with her on Instagram, Twitter, or her website, alexandraedavis.com.